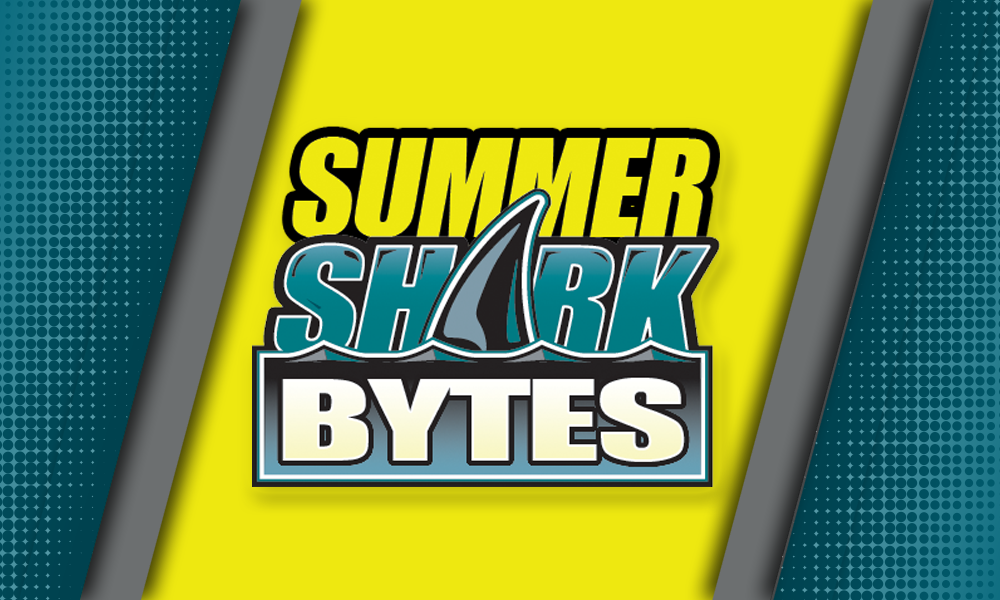 Welcome to Summer Shark Bytes, our offseason weekly roundup of Sharks related news from the week that was in Teal Town.  We know it gets a little slow during those boring, hot months that the NHL isn’t playing, so we’ll get you caught up! 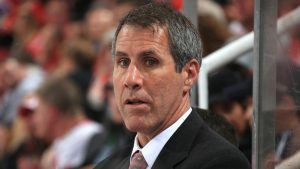 The San Jose Sharks announced on Wednesday that the team has hired Dave Barr as an assistant coach. Barr will reportedly serve as the Sharks “eye-in-the-sky” for the 2017-18 season. He joins Assistant Coaches Steve Spott and Rob Zettler, Assistant Coach/Goaltending Coach Johan Hedberg and Video Coach Dan Darrow.

Barr, who is 56 years old, spent the past nine seasons coaching in the NHL, most recently as an associate coach of the Florida Panthers during the 2016-17 campaign. Prior to that, Barr served as an assistant coach for eight seasons, with the Buffalo Sabres, New Jersey Devils, Minnesota Wild, and Colorado Avalanche. He was on Peter DeBoer’s coaching staff in New Jersey for their trip to the 2012 Stanley Cup Final.

Outside of the NHL, Barr spent four seasons as the head coach and general manager of the Guelph Storm in the Ontario Hockey League from 2004-08, where he was named the Matt Leyden Trophy winner as the OHL’s Coach of the Year in 2005-06. He was also selected to coach Canada’s National Summer Under-18 Team at the Ivan Hlinka Memorial Tournament in 2007.

He also has AHL coaching experience, with three seasons as an assistant coach with the Houston Aeros from 1997-2000 and one season as their head coach in 2000-01, helping the team set a franchise record with a league leading 54-15-13 record en route to the IHL Turner Cup. He became the team’s general manager for two seasons, from 2001-03, helping the team win a Calder Cup in 2003.

Barr was also a pretty good player himself, totaling 332 points (128 g, 204 a) and 520 PIMs in 13 seasons with the Boston Bruins, New York Rangers, St. Louis Blues, the now-defunct Hartford Whalers, Detroit Red Wings, New Jersey Devils, and Dallas Stars. He finished his playing career with the Orlando Solar Bears of the IHL in 1997 where he first started coaching.

So Logan Couture recently called into NHL Network to talk injuries and playoff elimination, as well as now former teammate Patrick Marleau signing with the Toronto Maple Leafs and the ESPN Body Issue among other stuff. Let’s go through them.

Playoff Elimination vs. the Oilers & Injuries

Of course, they were eliminated in the first round against the Edmonton Oilers. Among the problems that ailed the team, injuries was a huge factor. I can’t imagine the pain he felt when that puck hit his mouth, and then the surgery to get the fake teeth in and repair those facial fractures? I guess that’s why hockey players are hockey players. That said, they talked about how there’s just a huge amount of passion for the game of hockey and considering Jumbo Joe Thornton managed to play through a torn MCL and ACL, I’d say they’re dead on. Just incredible stuff.

Patrick Marleau Signs with the Leafs

Patrick Marleau signing with the Toronto Maple Leafs had to be a huge gut punch for a lot of us Sharks fans who have watched this guy play hockey for almost as long as this team has been around. A few of us probably followed him from his WHL days as a Seattle Thunderbird as well, but this was a guy who the face of the franchise for a while until the Joe Thornton trade. He’s had his fair share of criticism but so has Thornton, but you’ve got to give tremendous props for his passion. There’s not many times you can say a player has played over a thousand games in his NHL career, very few times you can say a player scored 500 goals in his career, and a once-in-a-blue-moon type rarity you can say a player scored 500 goals with one team!

It’s unfortunate he and the Sharks couldn’t work things out. Whether or not he was greedy, or whether he was this or that, that doesn’t and shouldn’t matter. He had great career in teal. Most fans will still love him, albeit his decision to sign with Toronto. I would be shocked if he doesn’t get a standing ovation when the Leafs visit on October 30th.

Patty Marleau’s wife, Christina Marleau, tweeted out the very first pic of her husband and their kids in Leafs jerseys yesterday.

Patrick Marleau seems to be the only one happy in this photo. His kids seem very uncomfortable to say the least, and I don’t blame them. It’s going to be a while ’til any of us get used to seeing Patty in the blue and white Maple Leaf jersey. Some of us may never get used to it, but we have three years to adjust.

The ESPN Body Issue featuring Thornton and Brent Burns, the two bearded wonders of the Sharks, is interesting.  Now, how can you not love the body issue? There’s something unique about those two in terms of personality. They’re just so care free and they love to have fun. They love to do what they do and they have plenty of personality. I mean, heck, Joe Thornton signed his contract on his tractor in his hometown of St. Thomas, Ontario. He also made that four-goal comment following Tomas Hertl’s four-goal game against the New York Rangers in 2012 and… well, I’ll just leave it at that.

As for Brent Burns, other than his amazing beard, he loves animals. He loves snakes, gorillas, giraffes, lizards, and other animals you’d see at the zoo. He definitely loves traveling, bringing that RV with him everywhere he goes. Most notably though, he’s very humble, like Thornton. I mean, honestly, how can you not love the guy?

Last but not least, they talked Blue Jays baseball and… we won’t get into the Blue Jays since…. we’re hockey people and… I don’t follow baseball.

Quickly going over their four packages…

SharkPak A includes 5 weekend games, Patty Marleau’s return to the Tank on October 30th, a Captain Joe Pavelski bobblehead giveaway on Marvel Super Hero Night (fitting, right?) presented by Solar4America. and an LA Kings rivalry game along with a date with the Chicago Blackhawks and Edmonton Oilers, respectively.

SharkPak D includes 3 weekend games plus 2 holiday games, the Opening Night game on October 4th against the Philadelphia Flyers, a “Beast Mode” Marshawn Lynch (now QB for the Oakland Raiders) bobblehead giveaway night, a Los Tiburones jersey giveaway presented by Northern California Honda Dealers, and another LA Kings rivalry game along with a date with the Detroit Red Wings. Honorable highlight mention in this package: the NHL’s newest team, the Vegas Golden Knights, visit the Tank for the first time in team history in their first-ever team meeting on February 8th. Honestly, how do they not list that in their highlights?

So those are your four packages for this upcoming 2017-18 season. If you want to know more about ’em and see their entire schedules for each SharkPak, go to sjsharks.com/sharkpaks.

After Dark For Your Hockey Fix

The weeks aren’t getting any easier to go by as we enter the dreaded month of August, where literally nothing happens in the hockey world. Don’t worry. We’ve got you covered! Here’s a postgame show from last year’s home opener against the Los Angeles Kings.