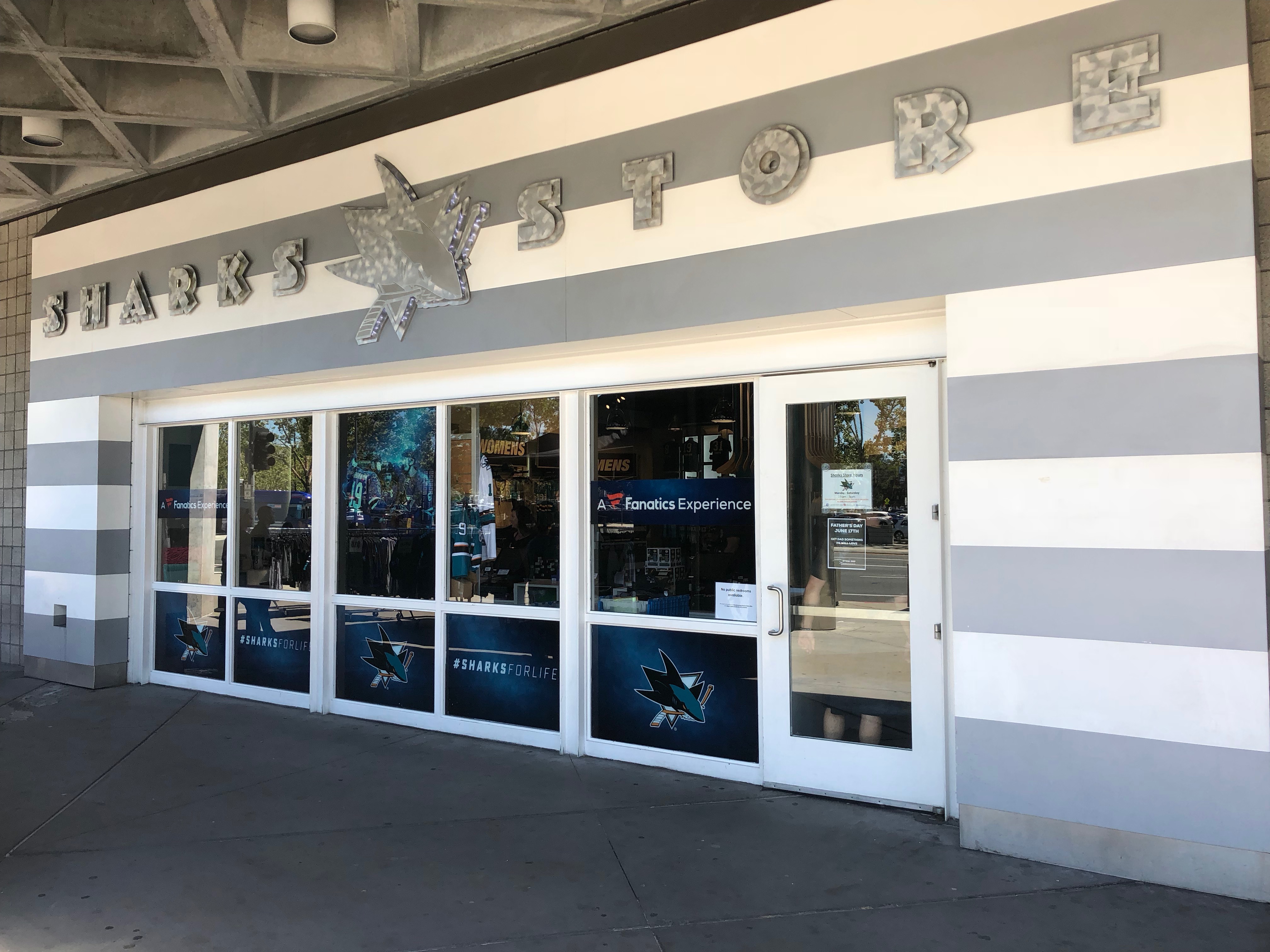 If you’re like me, not only do you enjoy your sports, but you have a sizable collection of caps, shirts, hoodies, and other merchandise featuring your favorite team’s logo. If you open the door to my closet, you will find a lot of shirts, hoodies, and the almighty quarter-zip, with a San Jose Sharks logo on it. You will also see an assortment of company logos on that apparel such as Reebok, Nike, Antigua, Starter, and Logo Athletic, just to name a few. The one logo you will never find in my closet is Fanatics.

Up until 2016, I’d never heard of Fanatics. Any Sharks gear I picked up was generally made by Reebok over the last decade or so. I’m sure you all remember the Reebok Edge jersey unveiled back in 2007. Prior to that reveal, Nike, Starter, and Logo Athletic made up the majority of my Sharks apparel. Since the transition to Reebok in 2007, almost every piece of Sharks swag I’ve picked up features a Reebok logo. And I loved it. Reebok could be counted on to produce consistent and quality product. Every shirt fit the same as did every cap.

10 years later, the deal with Reebok is no more. Hell, Reebok is essentially no more. Most people would’ve thought a natural transition to Adidas would make the most sense since Adidas acquired Reebok back in 2005. Instead, the NHL and Fanatics Announced a Long-Term Multichannel Apparel and Retail Partnership.

Look, I get it. Certain things are subjective. Whether it’s the music of a particular band, the call of a certain announcer, or the taste of Jack In The Box curly fries at 2am. To some people, it’s the best and to others, there’s nothing worse. However, the sucking of Fanatics is not subjective. It just is.

TealTownUSA co-host Erik Kuhre recently bought a shirt from “A Fanatics Experience”, shop.NHL.com. This is not an experience I would recommend. After ONE WASH, the artwork is already flaking off. However, we both have shirts we purchased 25 YEARS AGO that are in better condition than this week old Fanatics shirt!

Prior to Fanatics taking over the Sharks Store in 2017, I was an avid visitor, bordering on habitual. The selection of merchandise was always solid and the quality was always dependable. I could see a shirt or cap with the Reebok logo and wouldn’t even need to try it on. The consistency was so good, I knew it would fit how I expected every time. After the change to Fanatics, there is next to no consistency. You can try on 3 different shirts of the same design and size and each will fit differently. It’s the same with caps. You will also find the material is much thinner (read: cheaper) too. 47Brand is also guilty of this. I expect a shirt to wear down after some years of ownership. I don’t expect to buy it in that condition already. And how can you not get the color teal consistent?

Cmon @Fanatics. Is it that difficult to find a consistent color of teal? #SJSharks pic.twitter.com/BhJcDGzvH9

My other issue with Fanatics is that all of their product is homogenized. Have a look at shop.nhl.com and you will find nearly every item, aside from the team logo, is the same. Perhaps if their designs weren’t so uninspiring and dull, the similarities wouldn’t be so pronounced. However, they still have some Reebok inventory available for some items. Take a look at the Reebok branded items and you will see there are designs specific to a particular team. And those designs are just flat out better and more creative.

The Fanatics also seems to have a habit of waiting until the last minute to stock items, if they stock them at all, or they simply don’t make enough product to meet demand. Either way, it’s lost revenue. For the unaware, to begin the 2016-2017 season, the Sharks turned over store operations to Fanatics and up until just a couple weeks before the All Star Game, there was next to nothing in the way of All Star merchandise at the Sharks Store. Why? The only All Star jersey available to purchase was Burns. No Pavelski. No Karlsson. WHY?? You’re losing sales!

During the Fan Fair that ran from Thursday through Saturday over All Star weekend, Fanatics had a huge shop taking up a significant amount of floor space. Before the first day had ended, they were not only sold out of Sharks All Star Emoji pucks, but also the few Pavelski and Karlsson jerseys they actually had. And I hope you like black because there were no white versions. I attended Fan Fair on Thursday, Friday, and Saturday. I heard several fans on Friday and Saturday asking about pucks and jerseys only to be told they were sold out. How does Fanatics underestimate demand that badly?

What does it all mean?

It means I’m not spending money like I used to on Sharks merchandise! It means fans want to buy merchandise but Fanatics isn’t meeting demand. Again, I cannot state enough that this is not the fault of the Sharks, but of Fanatics and the NHL for signing the deal.

Prior to Fanatics running Sharks merchandise, I would stop into the Sharks store during nearly every game I attended. I always felt as if there might be something new. FOMO is a hell of a drug and I will admit I need my fix on occasion.

Another thing that Fanatics has appeared to have eliminated are clearance racks. Ask anyone in retail and they will tell you getting people into the store is more than half the battle. Those clearance racks also got me to visit the store on game days when I probably wouldn’t have otherwise. They also got me to visit the store more than a few times during the summer because who doesn’t love to find a great deal?

This season, of the 10 games I’ve already been to, I’ve really only visited the store twice. Both times were to check out the new Stealth gear for this season. For the 5 remaining games, I have no desire to visit the Sharks store. I know there will be nothing on clearance and 95% of what’s in the store can be found online so why bother? Fanatics even eliminated the sale of warm-up pucks which were a great memento from a game since paper tickets are now a thing of the past.

I’d be quite interested to know how sales have been over the last 2 years versus the final 2 years before Fanatics took over. I may very well be wrong, but I can’t imagine sales are as good with Fanatics running the store.

What I do know is the reputation of Fanatics is circling the drain further and further. But it’s the team logo featured on the merchandise with a small Fanatics logo. Hopefully soon, teams will realize this poor quality reflects on the team. When I worked for a music company years ago, if our product showed up late or damaged, companies tended to blame us and not the shipping company. Their poor service reflected on our company… so we changed shipping companies.

I guess what I’m trying to say Fanatics is… it’s not me. It’s you.

What’s your take on Fanatics? Leave it in the comments below.