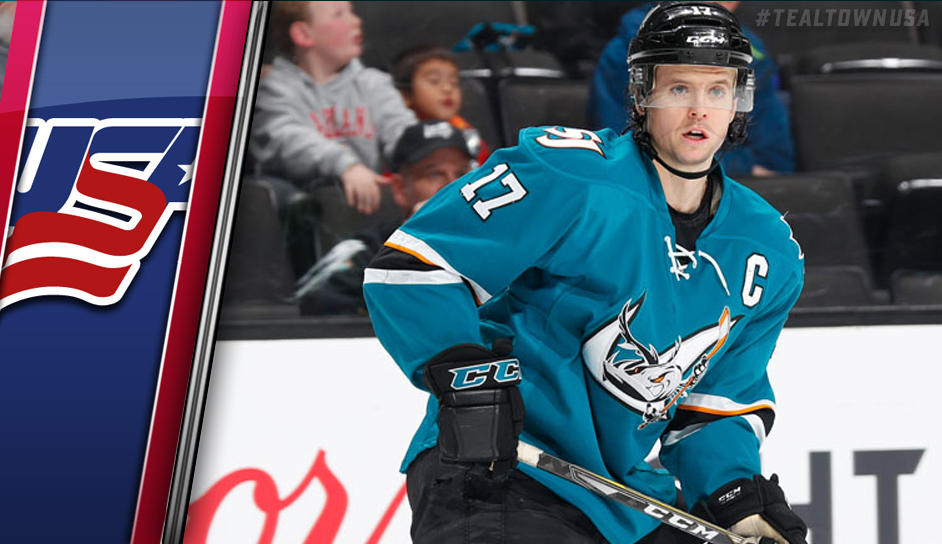 Teal Town will have representation after all at the 2018 Pyeongchang Winter Olympics next month after all.   While NHL players won’t be going, a member of the San Jose Barracuda will.

John McCarthy, the captain of the San Jose Barracuda, has been selected to represent the United States in the Olympic Winter Games.  The 31-year old forward from Boston, McCarthy was drafted by the San Jose Sharks in the 7th round of the 2006 NHL Entry Draft.  He has had numerous stints with the big club.  McCarthy has three goals in the 88 NHL games played.  In the American Hockey League, he has 108 goals, 141 assists for 219 points in nine seasons for the Worcester Sharks, Chicago Wolves, and the Barracuda.

On behalf of Teal Town USA, congrats to John McCarthy!