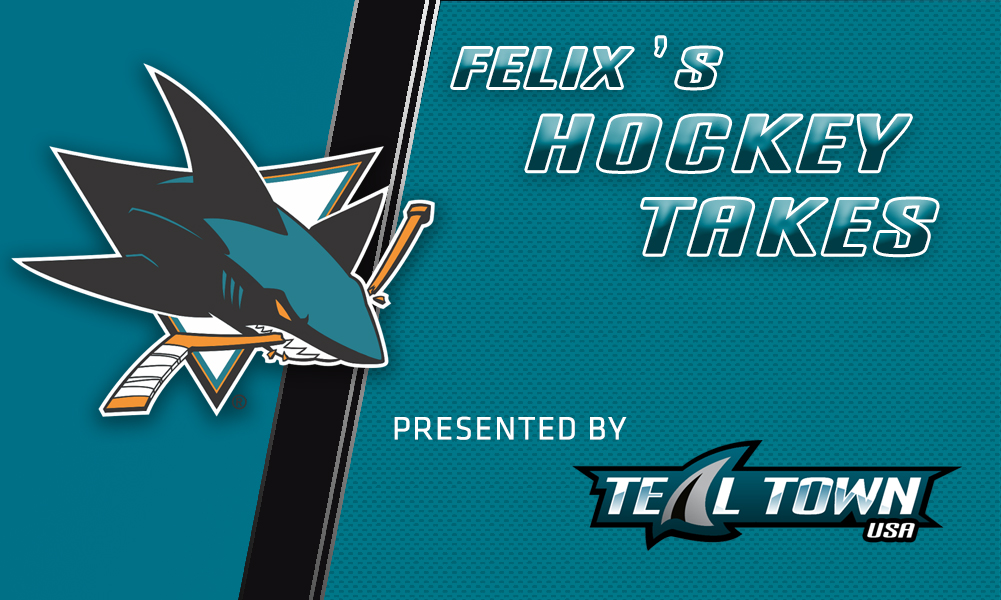 With the injuries piling up for our beloved San Jose Sharks, both Peter DeBoer and Doug Wilson are forced to explore different options and alternatives to help keep the Sharks afloat in the standings ahead of the NHL trade deadline. I’ll talk about what that means for the team moving forward, as well as a little bit about Ottawa’s pre-deadline trade with the LA Kings, and then something disturbing that recently happened in the hockey world that must be addressed.

Last time I talked about what Joe Thornton‘s injury would mean for the Sharks. Well, ever since that article, Joel Ward was put on the shelf recently and declared “week-to-week” per Teal Town USA’s very own Puckguy14. Tomas Hertl was also injured, in Tuesday night’s game against the Arizona Coyotes, and did not play Thursday night against Vancouver.

The Sharks have been rumored to be looking for another center, specifically Tomas Plekanec of the Montreal Canadiens, with Jumbo very likely out long term. With Hertl’s injury, Peter DeBoer decided to give Brent Burns a shot at the forward position which the Norris Trophy winner hadn’t played in since the 2012-14 seasons. The experiment didn’t last long in the 4-1 win against the Canucks, as Burns tallied a goal as a defenseman. Fast forward to last night’s game against the Dallas Stars, and now it seems we have to add Burns to the injuries list per Paul Gackle of the Mercury News.

Today, the Sharks recalled Paul Martin and Rudolf Balcers. Recall that Martin was sent down after his regular NHL spot was taken over, with Doug Wilson ringing the phone lines to get him playing in the big leagues again (with another team).

This makes things very interesting for the Sharks ahead of the trade deadline. Of course, the Sharks have been getting it done for the most part. Regardless of how long Hertl, Burns, or Thornton are out, they cannot afford to lose another player to injury.

The First Big Trade Before the Deadline

On February 13th, the Ottawa Senators traded Dion Phaneuf and Nate Thompson to the LA Kings for Marian Gaborik and Nick Shore. The Sens retained 50% of Phaneuf’s salary. It’s the biggest deal Sens GM Pierre Dorion made since acquiring Matt Duchene from Colorado. The Sens initially got Duchene in hopes of boosting their chances of making the playoffs. Unfortunately, that didn’t happen. So the tear-down has commenced. Ottawa was reportedly also in “serious talks” with the St. Louis Blues on either Mike Hoffman or Derick Brassard, although so far nothing has come of it.

Hockey Is For Everyone… Supposedly, At Least

February is Hockey Is For Everyone month, the league’s attempt to make the sport inclusive. Well, lately that slogan was put to the test for the NHL and the Chicago Blackhawks organization. A group of unruly fans sitting next to the penalty box heckled Washington Capitals forward Devante-Smith Pelly, as he was serving his major for fighting, saying “basketball, basketball, basketball”. It doesn’t take a genius to figure out what that insinuates, and it’s disrespectful.

The Blackhawks and the League did tweet messages against this kind of behavior, and the organization banned the four fans from the United Center for life. The NHL has generally done an okay job with being inclusive, namely with the You Can Play Project, albeit some questionable players to assign as ambassadors for each team.

Look, this is a sport that’s come a long way, regardless of how much we all love to criticize Gary Bettman. It’s spread throughout the world and throughout different communities. You’re seeing Chinese and Indian people get into it. You’ve been seeing people of color, such as PK Subban and former NHLer Willie O’ Ree. Add Vegas Golden Knights back-up goalie Malcolm Subban. In other leagues you’re seeing players of different sexual orientation.

We as a society have not done a very good job of treating people equally. That’s not just a sports thing. That’s an everyday thing, and as FanRag Sports writer Craig Morgan wrote, we as fans have to speak out against ignorance. We shouldn’t be bound by who we are. We shouldn’t be limited by the color of our skin or our sexuality. The league did the right thing, and those fans who did taunt DSP so disrespectfully should damn well be ashamed of themselves. That’s bullshit to chant what they did.