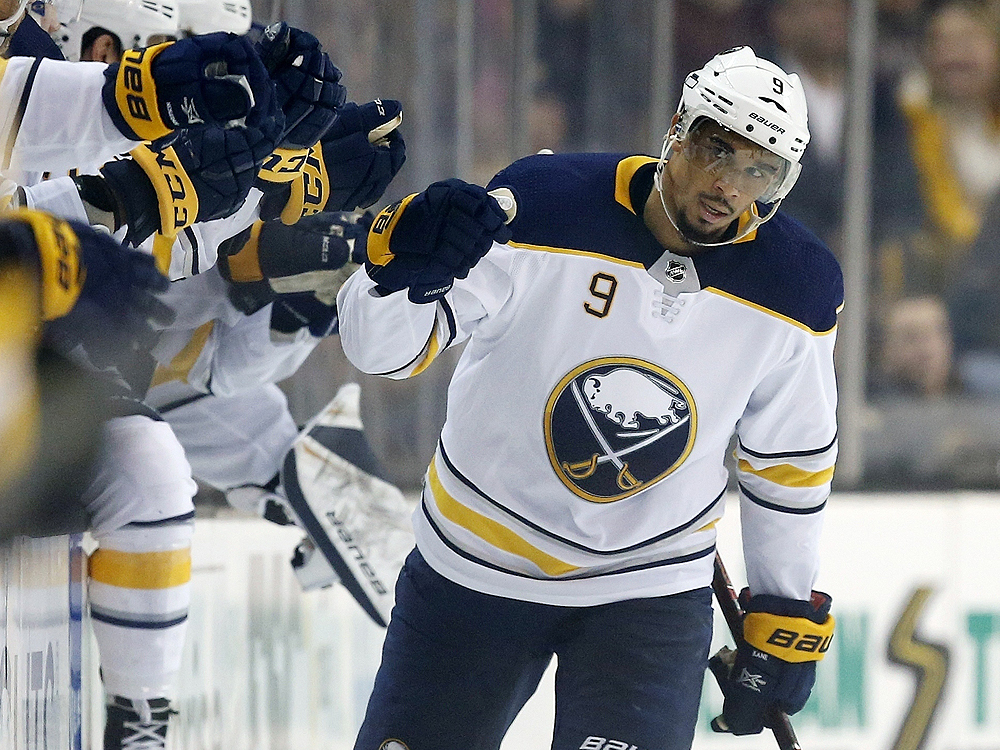 Sharks Give Up Conditional Picks and O’Regan for Kane

In Kane, the Sharks gain a young goal scorer in the prime of his career. This season with the Sabres Kane as played in 61 games scoring 20 goals and 20 assists while racking up 57 penalty minutes. The Sharks have had trouble scoring goals in 5 on 5 situations this season. Kane has scored 14 of his 20 goals in five on five situations for the Sabres this year. If he can continue that in San Jose it would be a much-needed offensive boost. The Sharks penalty kill is and has been good enough to compensate for the penalties that Kane is prone to taking, something that will likely irk Sharks fans.

Evander Kane will also allow the Sharks to push other players down the lineup. Players like Melkar Karlsson have been consistently called on to do more than they should be asked to do. Evander Kane will be able to fill those roles in the top six more efficiently.

The Atletic’s Kevin Kurz released this tweet regarding some additional information regarding San Jose’s conditional first round pick.

The real victim in this trade is likely the San Jose Barracuda. The Barracuda has been absolutely strip-mined this season. Troy Grosenick and Brandon Bollig were moved before the deadline for a 6th round pick. When Erik Fehr was brought to San Jose many felt it was a safe bet that O’Regan could help right the ship for the AHL Club. This is no longer the case. While I understand the role of the AHL club the Sharks have continually abused it in their history. It is unfortunate to see them return to that philosophy because in order to develop the talent you actually need to have actual talent to play with.

Danny O’Regan, 24, has had trouble making his mark in the NHL thus far. In the AHL though he has shown plenty of potential as a player. Last year he was a standout star for the Barracuda scoring 23 goals and 35 assists leading all rookies in scoring. He was also named to the Pacific Divisions AHL all-star team. Unfortunately that success never really translated to the NHL thus far. In 22 NHL games, he scored 1 goal and 4 assists having been given opportunities to take a 4th line role on the NHL roster. I have been very vocal that O’Regan would likely find more success as an NHL player as a wing.

Moving on from O’Regan after a small sample size of NHL games will likely infuriate some members of the Sharks fanbase. He was also likely the best prospect trade piece the Sharks after Kevin Labanc, Timo Meier, and Joakim Ryan. Given those options, I would have likely moved on from the older O’Regan as well. It will be interesting to see if O’Regan will get a chance to play alongside former Boston University teammate Jack Eichel.

Overall thoughts on the Sharks Deadline

I thought they did Fehr-ly well. (Couldn’t resist). While I was hoping that they might move on from some pending UFA’s it’s hard to move a guy like Jannick Hansen when it takes so long for a player like Thomas Vanek to move. While I’m ultimately indifferent about Fehr as a fourth line pick up, I really like getting Kane. I know many are quick to point out his checkered past but the guy can flat out play. The Sharks have enough veteran leadership that they should be able to keep a guy like Evander Kane in-line. Pavelski has vouched for him so far after playing with him during the last lockout.

Make no mistake the acquisition of Kane does not make the Sharks an instant Stanley Cup contender. If they can resign him though he adds a scoring punch that can help now allowing a player like Rudolf Balcers more time to develop in the minors. If Kane does not resign or causes the loss of picks and O’Regan is unfortunate but these are the kind of risks you have to take if the Sharks are going to continue to avoid a full rebuild. At the end of the day O’Regan could turn out to be a good NHLer but Evander Kane, character issues and all is a good NHL player now entering the prime of his career.

Who cares what I think though… what did you think?

Gen X trying to be all rational, I’m having none of it.

It’s pretty clear DW is going to do a rebuild through UFA after dumping two contracts and a contract for contract swap here plus picks.

He’ll probably let some RFAs and UFAs walk this season and try to rebuild through buying. And not Tavares..just stop. 🙂

Staying longer than the season would certainly be a win…

As long as Kane re-signs, I'm fine with no pick unless its a lottery pick because Wilson & staff have proven time & time again that they can't draft outside the top 10 players in the draft. Now I just want him to find a way to land Tavares.

I know a few things about being a Pariah…

Evander Kane has three straight 20-goal seasons. In a 12-month period that ended in mid-december, he was 2nd in NHL to Auston Matthews in even-strength goals. If this is all he's worth as a rental, every NHL GM must view him as the biggest pariah in the league. #Sabres

Goes back and proofreads…