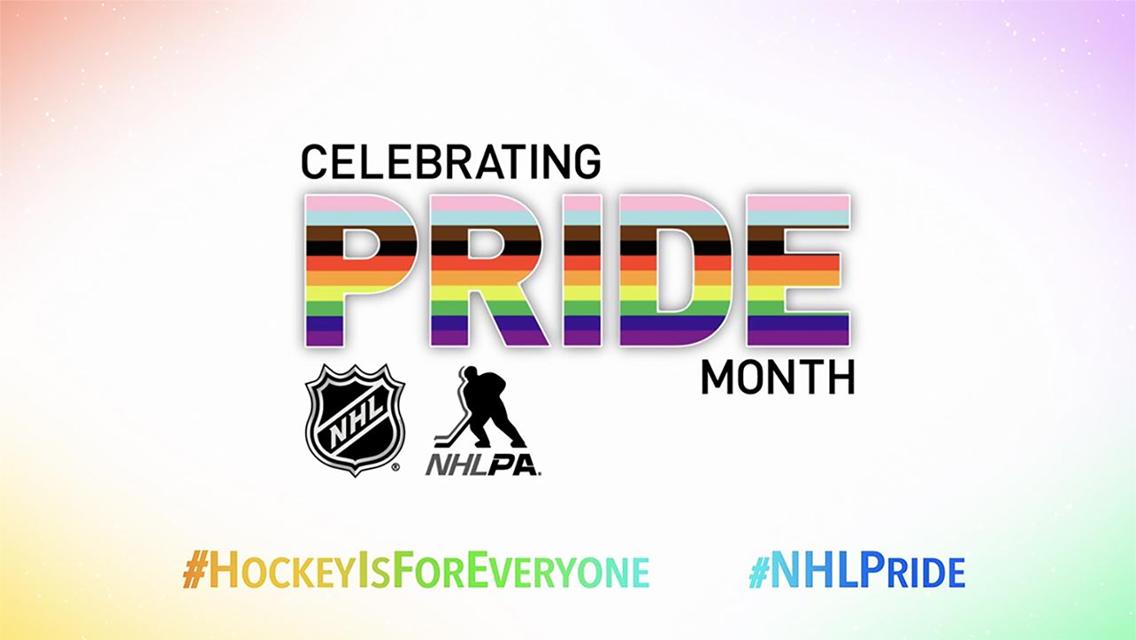 Happy Pride Month, everyone! Yes, it’s that time of the year again where you’ll see social media platforms filled with rainbow colors that express support for the LGBTQ+ community, genuine or not. It has become increasingly important to recognize that we need to be more inclusive. As a society, we still have a long way to go.

For some people, that should be the easiest thing to do. People have preferences and pronouns, whether people go by “he/she” or feel gender-neutral and want to go with “they/them”; whether someone is gay, trans, lesbian, or non-binary. It’s on us to respect them.

I’ve written more than enough articles for you, the reader, to know that I’m very sour on hockey culture and the league’s lack of handling for serious issues such as racism, homophobia, and sexual assault.

Expect #NHL teams to inquire about hiring Joel Quenneville as their Head Coach. Hear he wants back behind the bench and there is expected to be significant interest in hiring the future Hall of Famer. Q will need to meet with Commissioner Gary Bettman to be reinstated.

One month ago today, Andy Strickland of Bally Sports Midwest tweeted that there would be teams reportedly checking in on former NHL coach Joel Quenneville. You’ll remember the former head coach had stepped down from the Florida Panthers back in October last year following the Chicago Blackhawks sex abuse scandal. It’s very disheartening to see front offices still value wins over morals, but I’ll save that for a future article. “Hockey Is For Everyone” has kind of rung hollow for some fans. As I’ve previously pointed out, it’s a nice message, but what good is a message when you have very little track record to back it up? Now, more than ever, the league needs to step up their support for making this sport more inclusive. That goes for the entire hockey community as well.

I understand that it’s hard. I understand that society is rooted in systemic injustices. Just look at the Black Lives Matter protests back in 2020. Look at how Blacks are still treated everywhere. For this article, though, look at how the LGBTQ+ community is treated. I’ve read online messages over the years from some who’ve been afraid to come out because of how a group of people in society still view being gay, lesbian, bi, trans, or queer as shameful or irrelevant. These conversations are uncomfortable, but they must be had. There have been happy endings, so in some ways, progress has been made. Still, we need to do more.

The story of Nashville Predators’ prospect, Luke Prokop was big when he came out in July of last year. Pierre LeBrun wrote the piece on The Athletic. It’s a very relatable one. Though not every gay person is an athlete who strives to be in the big leagues, the masculine culture is one that permeates through all of society. It is one that includes more than one offensive slur for any group. While Luke would not be the first pro hockey player to play in the NHL (see next player below), he will certainly be one to pave the road for future gay players in the NHL.

Sara Civian did a candid interview with Brock McGillis and published an article on it on The Athletic in June 2020. You may have seen him around if you frequent Hockey Twitter. In the interview, he talked bluntly about hockey culture and went into great depths in explaining the locker room toxicity that still exists today. McGillis was, in fact, the first openly gay male pro hockey player. Reading about what he went through as a player and person hurts and is disturbing. It’s also progress when you consider Luke Prokop was brave in taking that enormous step early on.

I’ve mentioned this before on an After Dark from this season, but for those who don’t know or aren’t on Discord where I’ve also brought it up, I am a server mod for SDPN. Social media can be toxic; all the endless arguments, everyone trying to one-up each other in a toxic way. However, it can also be beautiful.

I’ve seen both in SDPN. The people I work with, the admins, are very in tune with what’s going on in the world and have quite strong opinions on the injustices that have been happening. You could say they fall under the “SJW” category, but not overly so.

To say I’ve learned a lot and am still learning as a mod, a fellow member, and a human being while being there is an understatement. There have been many uncomfortable conversations that I’ve read about pertaining to various topics, such as sexual assault. The LGBTQ+ are not immune to this. Again, these are uncomfortable conversations, but no progress will ever be made if we don’t talk about them. Amid the debates and heated arguments, I’ve also seen people come to together. While sports is a reflection of reality in that there is corruption and greed, it can be beautiful to see fans united for a good cause.

The Black Girl Hockey Club is the definition of getting uncomfortable. In fact, they even have a “Get Uncomfortable” Campaign, where the goal is to “disrupt racism on and off the ice and make hockey welcoming for EVERYONE”, according to the campaign page of their website. This is very important and sends the message that we must make this sport welcoming for people of all backgrounds.

Be kind to others. It’s not hard, whether over the Internet or in real life. You don’t know what the other person is going through or has been through. I’ve always just boiled down Pride Month and LGBTQ+ topics to this—we’re all humans; even if you don’t identify as a human, all the power to you! Just be respectful of others.

You don’t have to understand their reasoning. You don’t have to get why someone prefers a certain pronoun over another. You don’t even have to understand why someone feels more compelled to be one gender and not the other, or why they don’t identify as either gender. That’s not for us to question. We need to lift each other up and not tear each other down. We need to make environments more welcoming. As a society, as a hockey community, we can do better, and we should. If you’re someone who either has come out or is thinking about coming out, you are valid.