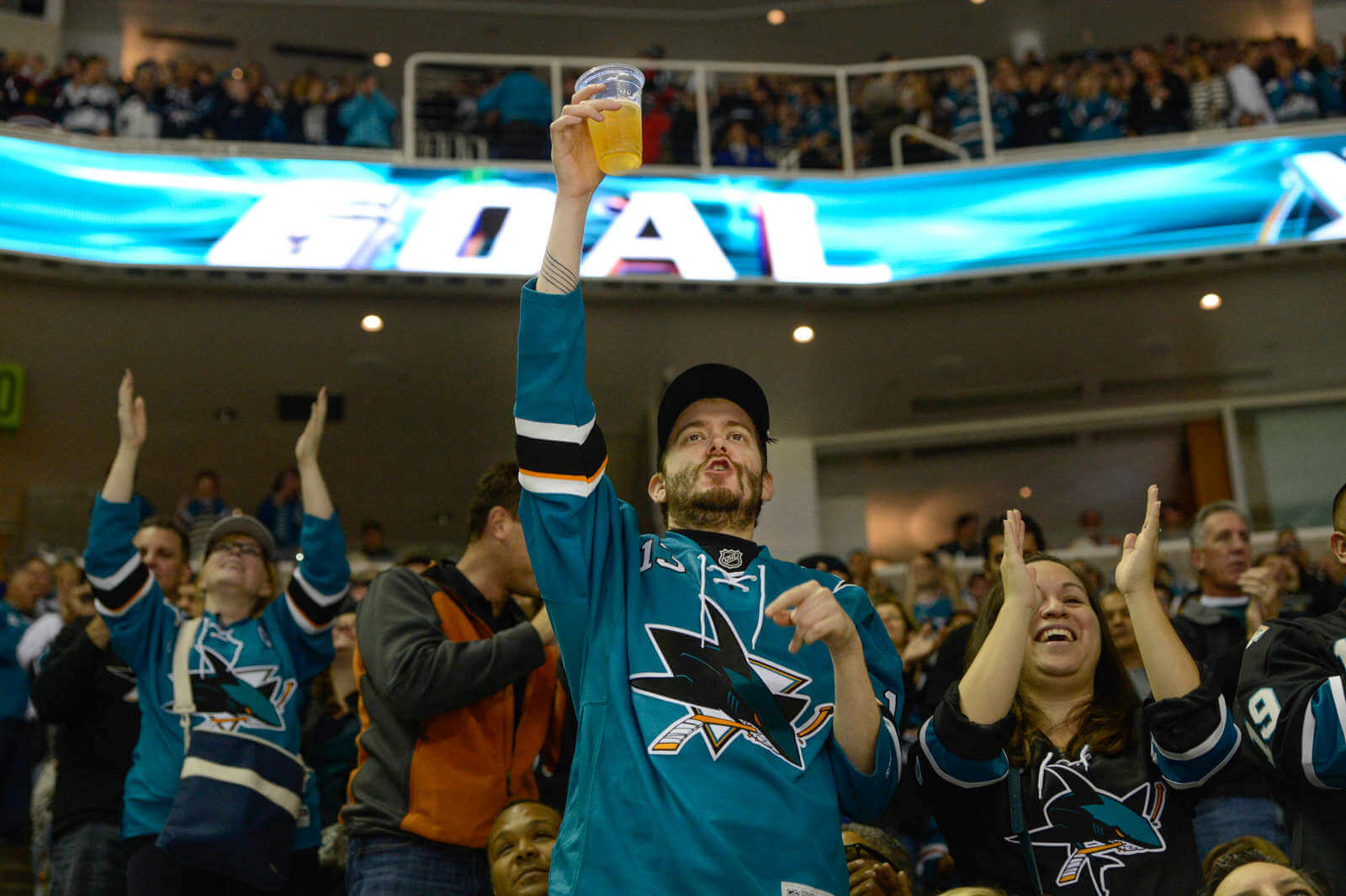 A while back, I posted an image on a San Jose Sharks fan Facebook page:

At the time I posted the image, the Sharks had just lost in overtime to the Edmonton Oilers and were on a 5 game losing streak. The Sharks, who were 1-6 in games played without all their top 4 defensemen in the line-up at the time of the posting, were missing Marc-Édouard Vlasic. They also lost Logan Couture halfway through the game to a lower body injury that turned out to be an arterial bleed in his right leg that required surgery.

The image I posted was an obvious joke. It was sent to me by a friend on Twitter who knew I would get the joke. However, several people on the Facebook page clearly took offense to what I thought to be a benign image that was meant to poke a little fun at the bad luck the Sharks have had after playing 1/3 of the season. Somehow, an image meant to provide a little levity for a frustrated fanbase deteriorated into a bitch fest. While a small portion of fans understood the humor of the image, most took the image as a direct insult and felt the need to tell the world that anyone who would post an image like this isn’t a real fan.

What Is A Real Fan?

These comments got me to wonder what defines a real fan? Is a real fan someone who blindly supports the team no matter what they do? I think it would be tough to find a fan that agrees with and supports every single move the Sharks have ever made, be it on or off the ice.

How do you even tell the real fans apart from what I guess we’ll call “unreal fans” anyway? Do real fans always have a running tab on them that proves how much money they’ve spent on the team? Based on some of the comments I read, apparently someone who started following the team last season and has never spoken a bad word about anything the Sharks have ever done is a real fan. However, the fan who has been going to games since 1991, that owns jerseys with names like Irbe, Dahlen, Friesen, and Ricci on the back, and has more photos with Sharks players than with his own family is not a real fan because one time they made a joke or disagreed with a move the Sharks made. Is that how it works?

How many San Jose Sharks games do you have to witness, whether live or on TV, without saying one bad word about the team before you get your “I’m a real fan” sticker? Do we even need to discuss what a nightmare “authentic fan Thursday” would become if every attendee had to prove their fandom before being allowed inside? How about we all get all our receipts together and see how much every single person has spent on the Sharks? If you spent more on the team, does that make you more real than another fan who spent less? Does time or money even matter or are we simply saying that real fans never utter a negative syllable about their chosen team?

What about a “fair weather” or “bandwagon” fan? Most believe a fair weather fan is one who only shows up when the team is winning. If that’s your definition, just about every Sharks fan that showed up between 2003 and 2014 could be called “fair weather” if you want to get technical. However, when the Sharks are playing poorly, fair weather fans don’t change allegiances and begin rooting for one of the other 29 NHL teams until the Sharks start winning.

A bandwagon fan is someone who only supports whichever team is the current front runner or champion. In some circles, a bandwagoner may also be referred to as a “Bieber” or a “Drake”.

The bottom line is we’re talking about a game. We’re essentially rooting for laundry. This is not life and death. Since the inception of the NHL, no one has ever died because someone made a joke about a team. Whether you’re a die-hard fan, casual fan, fair weather fan, or bandwagon fan, the commonality is “fan”.  Personally, I prefer talking about the Sharks with fans that have both positive and negative opinions rather than a Pollyanna, but the bottom line is we all want to see the Sharks win every night. You be the Sharks fan you are and I’ll be the Sharks fan I am, cool?

It probably goes without saying, but if you didn’t read this entire article, like everything about it, and share it with a friend, you’re not a real fan. Just saying.