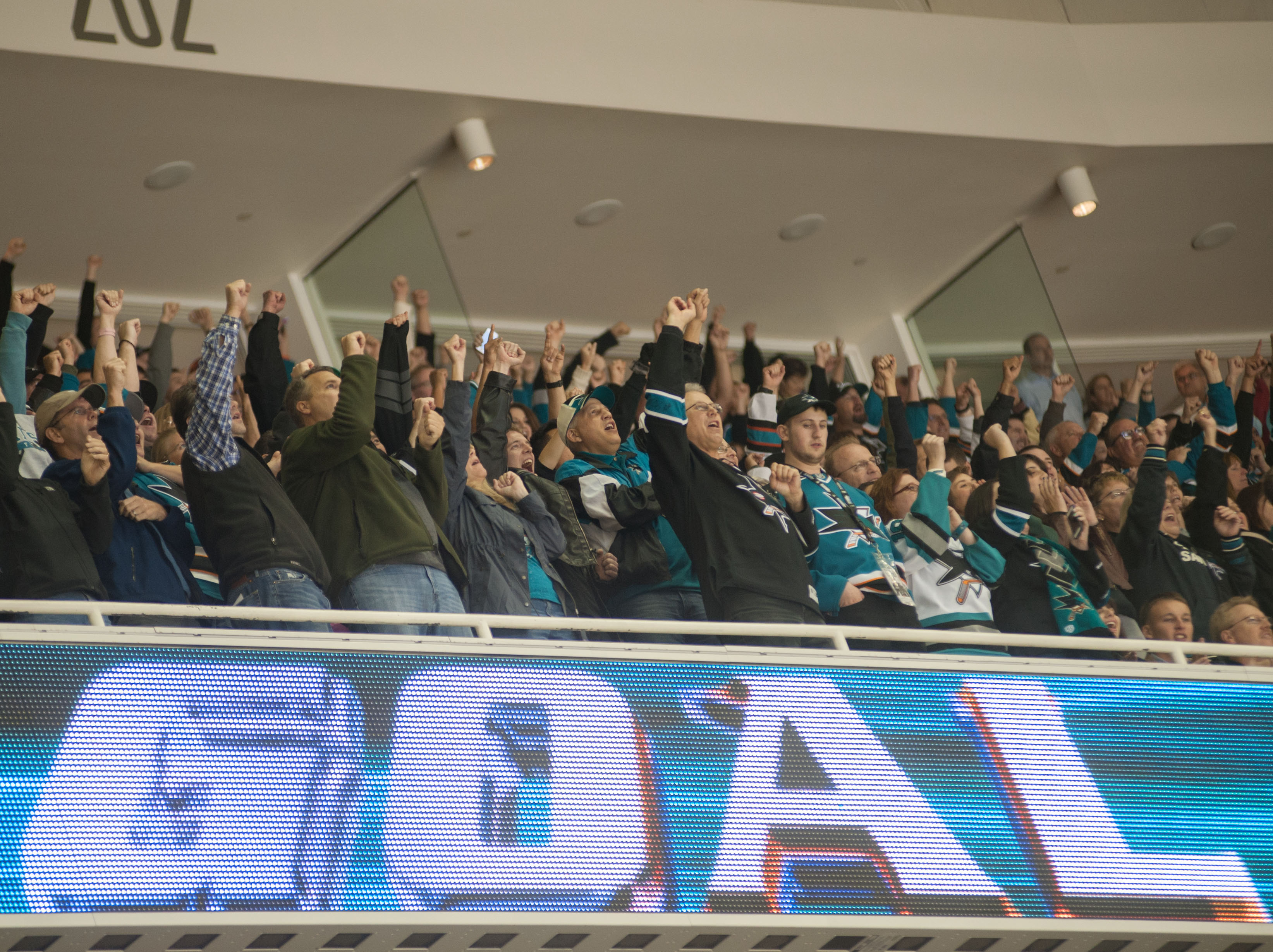 For 23 of the first 24 seasons of San Jose Sharks hockey, “Rock and Roll part 2” by Gary Glitter has filled the arena whenever team teal scored. The song has been a Sharks tradition since the team’s beginnings at the Cow Palace. However, for the Sharks 25th anniversary season, the song has been replaced.

During the 2006-2007 campaign, the Sharks attempted to replace the popular sports anthem with Green Day‘s “Holiday”, which was ceremoniously rejected by the vast majority of Sharks fans. The Sharks brought Rock and Roll part 2 back following the ’06-’07 season, but the 2015-2016 season has seen the remaining holdout Sharks, Colorado Avalanche, Florida Panthers, and Nashville Predators jettison the song for good.

The new goal song becomes a debate topic on social media every couple of weeks because someone new finds out about it and has to ask “why did the Sharks change their goal song?” They changed the song because the man who wrote Rock & Roll pt 2 has been convicted of sexually abusing underage girls almost 10 years ago. In 2006, those charges led to a ban of the song by the NFL along with several other sports franchises looking for a new celebration song, including the Sharks, as noted in the previous paragraph.

The change was explained by the Sharks in an email to season ticket holders:

“The discussion as to whether the Sharks should play “Rock and Roll, Part 2″ as our goal song has come up before. While we understand this song may have been an integral part of some fans game-night experience, we feel emphatically that we cannot ignore the connection between the song and the recent, very serious criminal conviction of the song’s artist. Thus, we believe it is time to alter this aspect of our in-game entertainment and begin a new tradition.”

Can you separate art from the artist?

While the Sharks organization and pretty much every other sports franchise that previously used the song disagree, there are some people that believe you can separate art from the artist, pointing out several other artists who have served time for similar offenses yet their music is still used in different forms of media:

There are other artists who have been convicted of other crimes, yet their music is still featured on radio and in sports venues across the globe.

The Sharks new goal song, “Let’s Go” by Sixx:A.M., was the landslide winner according to several who voted and discussed on various Sharks forums. However, listening to the song privately is a far different experience than hearing it in an sold-out arena.

Initial reactions to the song were quite positive, but after 12 home games played, most Sharks fans don’t appear to like the new song in person, based on social media feedback. Here are a few comments from Twitter that I’ve translated:

As the person who submitted the winning selection, I’m obviously biased, but I love the new song.

I’ve heard from several fans that it sounds as if an array of speakers are not on at SAP Center. This could be part of the reason why the song does not sound as powerful and bright when you’re enjoying a game and I have experienced it myself this season. If the Sharks fix their speaker issues and dial in the mix, it could help things tremendously. However, over the last couple seasons, the Sharks sound system appears to be EQ’d more for EDM and synthetic dance tunes rather than rock and roll, despite having a classic rock station as their flagship.

Obviously, it would have been very cool if the Sharks had found a local band to record something specifically for the Sharks. In fact, team teal reached out to Metallica to see if they would be interested, but Ulrich and Hetfield politely declined.

We get it. No one likes change. The overwhelming complaint isn’t about what the new song is, but rather that it’s anything but Rock and Roll part 2. Does anyone really think that there is a song that would have been completely accepted by the fanbase as a replacement? People, for the most part, love to complain and a new goal song is just one more thing to add to their list instead of embracing the change and moving on.

It would come as no surprise to me if the Sharks decided to try a different song next season to see if something else is more widely accepted. While no song will be universally accepted by the Sharks fanbase, I think everyone can come together and be thankful for one glorious truth. At least it isn’t Nickelback.