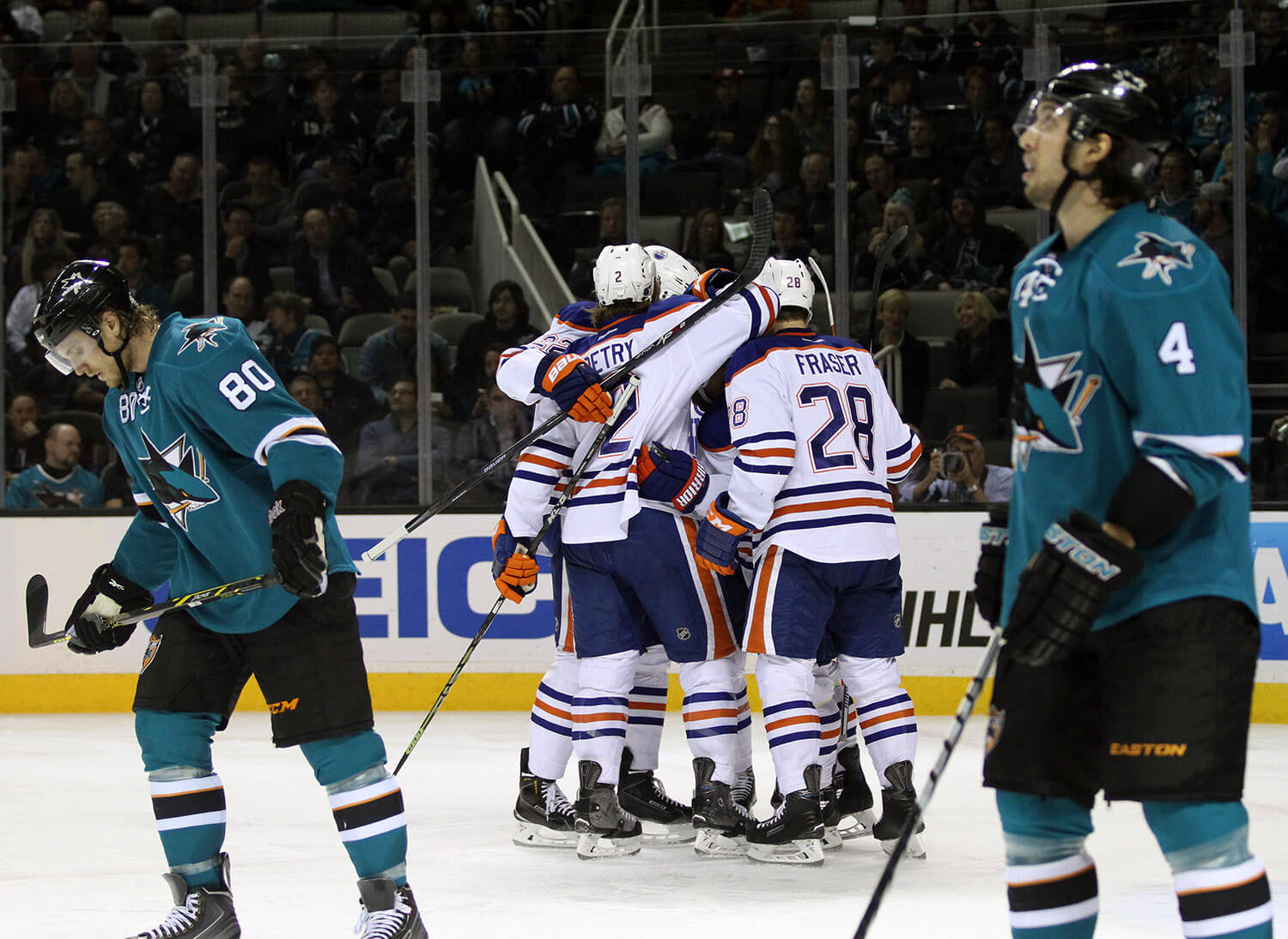 The San Jose Sharks unfortunately exited the postseason like previous years, with more questions than answers, hence the little headline. One year removed from their almost-perfect 25th anniversary season where they were just two wins away from winning the Stanley Cup against the Pittsburgh Penguins, the former defending Western Conference Champions fell in 6 games to the rising Edmonton Oilers, who have so far made quite a mark in their first postseason appearance since the 2005-06 season.

As San Jose prepares for their locker room clean out, I’ll briefly analyze what went wrong in their first round match-up against the Oilers.

Let’s face it. This league is getting younger. Edmonton is an excellent example of that, led of course by young captain and phenom Connor McDavid. Joe Thornton and Patrick Marleau are not getting any younger. We’ll talk about those two more later. Of course there are other older players as well, but… point is they need to get younger fast. The Sharks at times showed they still had the speed. But they weren’t fast enough.

Boy, did the Sharks ever look tired finishing up the series. It had just about everything– big saves, lots of goals, big hits, and at times some nastiness. Eventually, you’d think one of the two teams would get worn out. Well, the older team did, and that’s no surprise.

Holy crap. I cannot emphasize this enough. Teal Town/Pucknology After Dark broke AJ Strong’s special teams drum, and quite frankly that’s pretty damn disappointing. No, not because I wanted to hear him bang that drum 50 more times on the podcast, but because that’s what I figured was going to be the difference between winning and losing the series.

When you have a sub par power play that finished 25th in the regular season, you’d think that Peter DeBoer and his coaching staff would be smart enough to change strategies, units, or SOMETHING on the man-advantage. Now, obviously, the regular season doesn’t mean jack in the playoffs. But when you’ve struggled in the regular season on the man advantage, that kind of means you HAVE to do something in the postseason if it continues to trend downward… y’know? Now, given, the dam somehow finally broke — albeit temporarily – when the Sharks potted 4 power play goals on 8 opportunities in Game 4. All told, the Sharks’ power play finished their postseason ranked 7th out of 16 teams that made the playoffs — just for a little context, with a 19.2% conversion rate. That’s 5 power play goals total. Also notable stat: San Jose gave up two short handed goals, which so far has led all playoff teams. Yeah… not good.

What’s Next for the Sharks?

This is going to be a very interesting offseason for San Jose, especially with the first round exit. Neither Thornton nor Marleau have a Cup to show for their careers still. Obviously the closest they came was last year. But could it be time to cut one or both of them loose? I know that’s the questions most Sharks fans dread, including me. My heart says to keep them both. They love San Jose. They’ll do anything to stay in San Jose. Most of us have supported them to death. For Patty Marleau, San Jose’s all he’s ever known. That said, my brain says only one of them will stay. Who would I choose to stay? Joe Thornton, without a doubt. I’d take him every day and twice on Sundays.

Now anti-Jumbo fans will say “why the hell would you keep him? he’s an aging forward just like Marleau and he’s slowing down”. Well, yes, that’s true. But the Sharks have no choice but to keep Thornton if they want to stay relevant. That’s the sad truth. As now-Coyotes fan friend of mine, Jason Byun of SB Nation, texted me today, Thornton is their engine. He’s the engine that drives the team, and without him, the Sharks are a non-playoff contender. It’s that simple. So if the Sharks want to stay relevant in somewhat in the postseason conversation, they have to keep Thornton. Marleau, however, will have to be the one to go if he or both of them don’t take a pay cut.

As for the rest of the personnel, this is how I see it. General Manager Doug Wilson will stay because going to the Stanley Cup Final in 2016 most likely extended his GM lifeline. Pete DeBoer stays, no matter how much people won’t like the decision. Could Steve Spott go, maybe, as a result of how bad the power play went this past season? Maybe. Yeah, I say maybe, because GMs are always so stubborn. If they had any sense though, they need to, and they have to find a coach who’s actually sensible enough to help generate a working power play. The Sharks will likely make some more moves on the roster besides the Thornton/Marleau situation, but I don’t see much changing.

Of course, you can follow along with the offseason moves and much more from now into NHL Draft & Free Agency Months (June/July) from my fellow writers here on the Teal Town USA website and maybe on some Teal Town breaking podcasts as well. There’s your shameless plug of the day.

Random Robot Hockey Thoughts – 4/23/2017
Felix’s Corner: Does the “Warrior” Mentality in the NHL Go Too Far?