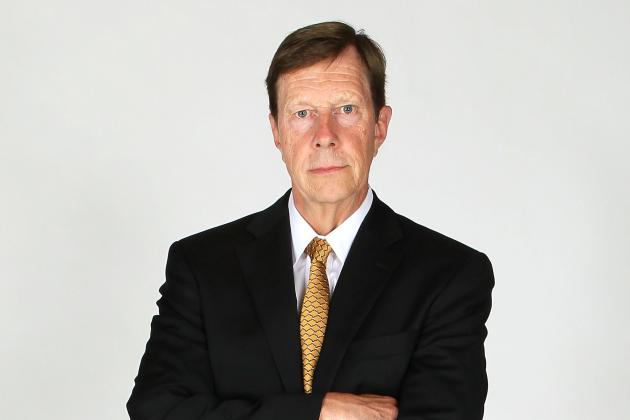 Earlier today, the National Hockey League announced the finalists for the GM of the Year award; they are Edmonton’s Peter Chiarelli, Ottawa’s Pierre Dorion, and Nashville’s David Poile.

Chiarelli had acquired Adam Larsson in June 2016 in a trade that sent former first round pick Taylor Hall to the New Jersey Devils. The Edmonton GM also signed former Boston Bruin Milan Lucic to a 7 year contract that lasts through June 30th, 2022 per Cap Friendly. Last but not least, Chiarelli drafted 2015 number one overall pick and rookie phenom Connor McDavid, who captained the Oilers to their first ever Stanley Cup Playoffs since the 2005-06 season in his second year in the League.

Pierre Dorion has made a number of acquisitions himself, such as acquiring goalie Mike Condon from Pittsburgh and Derek Brassard from the New York Rangers. He also hired Guy Boucher as head coach, which has turned out pretty nicely thus far.

Longtime Predators’ GM David Poile is credited for a number of playoff runs for his team during his 18-year tenure in Nashville, and a number of bold moves — including the Weber-Subban trade last year — (and a bit of luck) have finally gotten the Predators over the hump this year, reaching the Western Conference Final for the first time in history as they face off against the Anaheim Ducks. Over the years, he’s also acquired Filip Forsberg from the Washington Capitals and Ryan Johansen from Columbus, which sent 2013 4th overall pick Seth Jones the other way.

Upon checking my Twitter, it’s clear the overall favorite to win is Poile, and the more I think about it that’s no surprise. The Edmonton Oilers have the benefit of having a generational talent in their lineup, and in a big way McDavid’s been a serious factor in them being where they finished albeit getting knocked out of the playoffs. Cam Talbot was pretty darn good too. The Senators… have Erik Karlsson, I guess? You could also say Dorion did hire Guy Boucher, so he has that but… there’s really been nothing too eye catching about Pierre’s Dorion’s short tenure as GM.

That leaves David Poile, who’s had the most success with his team. This is a Nashville Predators team that’s risen in level of play over the years, and give credit to Poile for giving this team the offensive jolt its needed while keeping their patented, tight checking defensive structure.