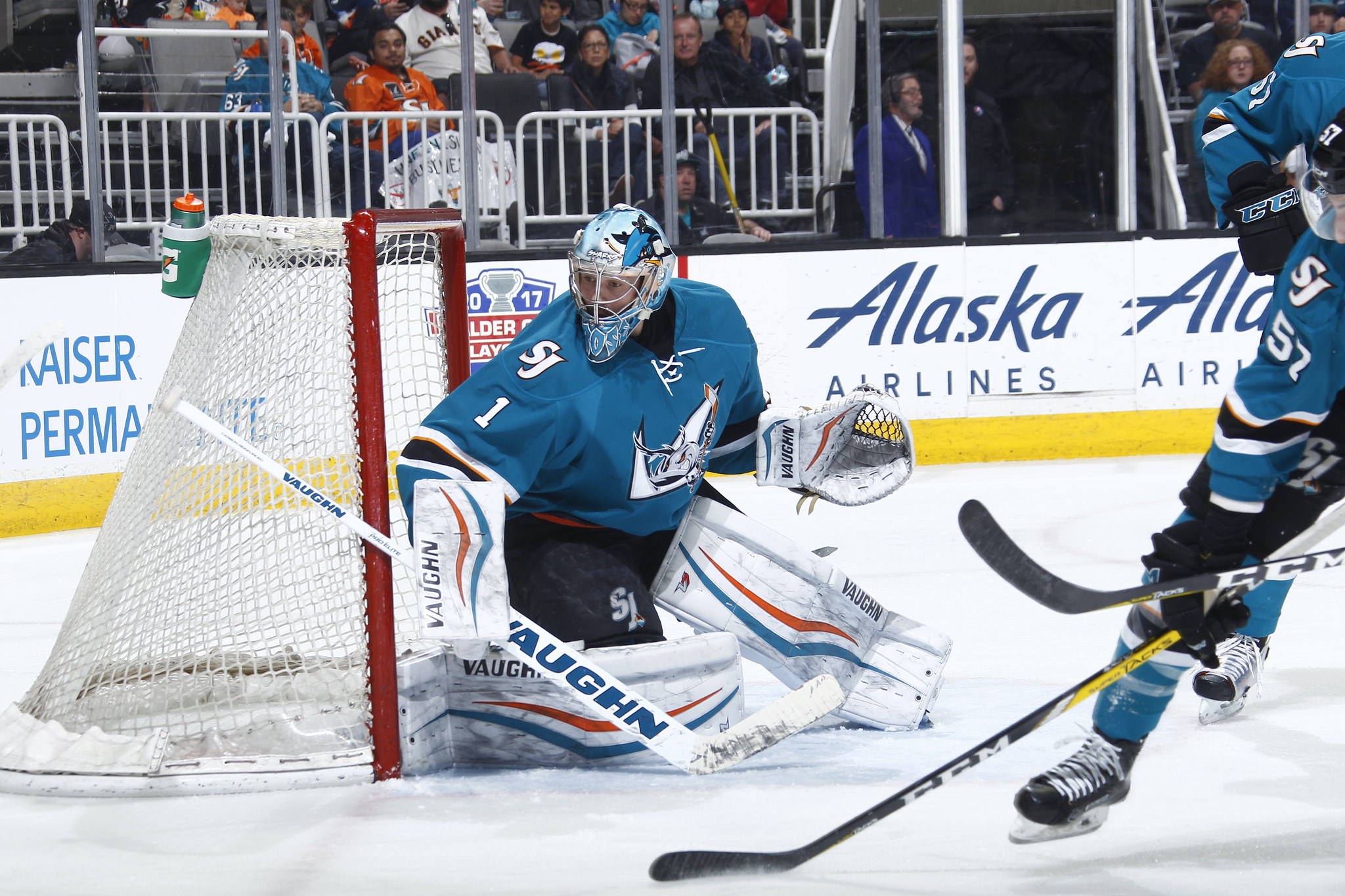 First I want to apologize for being so quiet of late on the writing side.  School has dominated more of my time than ever before. Obviously, a lot has happened since the last time I wrote so here are your random robot hockey thoughts from the last month.

The San Jose Barracuda have punched their ticket to the AHL’s Conference Finals after defeating the San Diego Gulls in five Games. The fact it ended so quickly does credit to how close the series really was. I can’t imagine how frustrating the last two games must have been for the Gulls who would dominate play only to watch the puck find the back of their net.  I think the Gulls did an admirable job considering the players they were missing. This is the life of a minor league team though, your responsibility is to the success of the parent club. For the Barracuda

For the Barracuda, the only thing that worries me going forward has been their over-reliance on Troy Grosenick.  Without his stellar play in both games five and six, those games could have had quite a different outcome. The Griffins are a team that is getting contributions throughout the lineup so the Barracuda will have their hands full defending. Now that they have a week of rest though the Barracuda will hopefully be able to get healthy entering the series with a full lineup including Rourke Chartier who has been one of the Barracuda’s best players these playoffs.

Timo Meier got himself into a little bit of trouble in game five with a questionable hit. The problem with AHL broadcasts is that you only get one angle and generally one full speed replay to see what happened.  I can’t definitely say if it deserves supplemental discipline but it was the second game in a row where he hit someone square in the numbers.  I love the edge that Meier plays with I would just like to see him stay on the right side of the edge a little more often going forward. For more talk about this game don’t forget to check out the replay of last nights Teal Tinted Glasses/Barracuda after dark.

Teal Tinted Glasses panelist and all around good guy Zachary DeVine dropped a bit of a bombshell into the Sharks Twittosphere with this tweet.

Obviously, this should concern any Sharks fan as Joakim Ryan is easily the best and most well-rounded defensive prospect in the Sharks system.  Still, while it’s something that you should keep in the back of your mind it isn’t time to panic.  Ryan is a very important part of the Sharks future on the back end and Doug Wilson knows this. With Ryan being a pending RFA this could simply be a play to get some one-way years added to his next contract. Time will tell how this plays out.

The Sharks got started on their offseason by re-signing a pair of RFA’s (restricted free agents).  Joonas Donskoi and Melker Karlsson both received new contracts that will see them remain in teal for the next two and three years respectively.  Joonas Donskoi’s new deal carries a 2 year $1.9 million AAV. Donskoi after an excellent rookie season with the Sharks saw his second year hampered by shoulder separations which lead to a lack of production. This is an ex

Joonas Donskoi’s new deal carries a 2 year $1.9 million AAV. Donskoi after an excellent rookie season with the Sharks saw his second year hampered by shoulder separations which lead to a lack of production. This is an excellent value for a player of Donskoi’s talent level who can play throughout the lineup.  If he can come into next year healthy and ready to play this could be one of the best bargain contracts in the NHL when it’s all said and done.

Melkar Karlsson has a three-year deal with an AAV of $2 million, again I think this is excellent value for a player whose contributions really fly under the radar.  While I don’t expect Karlsson to match the offensive output of his rookie season, he is still an excellent bottom six option who can kill penalties. The key for the Sharks will be seeing some of the players who fell off a cliff this season return to form. This alone would make for a more formidable bottom six.

The Ottawa Senators continued their Cinderella run to the Stanley Cup taking the first game of their best of seven series with the heavily favored Pittsburgh Penguins. While I still expect the Senators to lose this series (for real this time), it’s a remarkable run as it seems to continue to defy all logic. Still, I find myself enjoying their run should they continue to defy logic and move on to the cup final it will be the first time in a long that we have seen a true Cinderella run in the Stanley Cup Playoffs. I realize I’m going to get flack here but if the Senators can somehow go all the way they may be the worst team in recent history to win the cup.

Also, can we stop with the Canadas team BS? This is simply media driven garbage, I can tell you as a Canadian that the only team I want to see win the Stanley Cup is the Sharks. Fans in Toronto or Montreal are not going to be doing cartwheels in the street if the sens win on the basis they are located in Canada. Don’t get me wrong patriotism has a place in hockey, it’s just not in the NHL where players play for a fat paycheck.  So save your cheap play on the heartstrings of Canadian fans for an international competition where it belongs.

For predictions, I said Penguins in six, which was echoed by Daniel Parker as well.

While I have been mostly preoccupied with school and the Calder Cup push of the Barracuda if I had to choose a team that I would like to win the cup it’s the Predators.  Sure, the Predators winning a cup before the Sharks will bring out the usual malcontents in the Sharks fan base in a predictable fashion. My reasoning is simple though, the NHL needs to better market it’s more dynamic stars and having Nashville win the cup should get them some more TV time.  Now it will still be on the networks to stop idiots like Milbury to stop maligning players who are actually interesting as people.  The proper marketing of guys like Brent Burns and PK Subban would make huge strides in attracting a wider TV audience for hockey in the United States.  Also, they are playing the Ducks made it far enough to cost themselves a first round pick. Your work here is done Anaheim you can go away now.

I have the predators in six this series and Daniel Parker has them in seven.

With a week break in the AHL playoff schedule, we are hoping to have a more NHL-centric show on Teal Tinted Glasses this week.  We will also do our best to continue on with our post game coverage. If there is something that you think we should be doing please let us know.