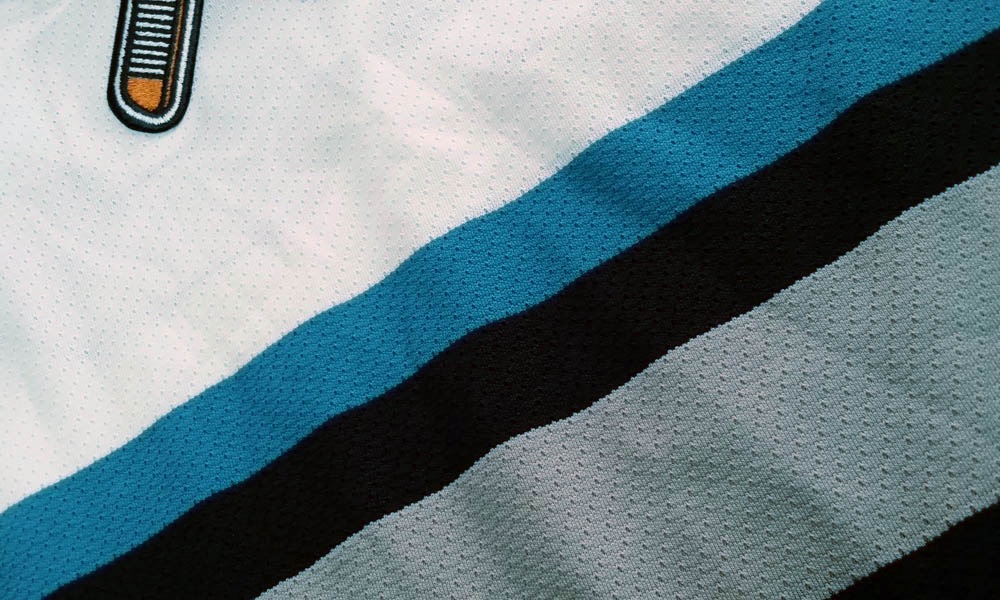 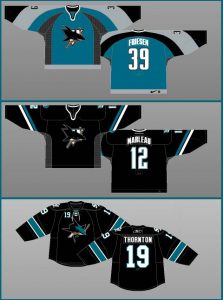 In case you’re unaware, all teams have done away with their alternate “3rd” jersey as the NHL uses the 2017-2018 season to transition from Reebok to Adidas as their jersey manufacturer. The transition should be relatively painless since Reebok purchased CCM and Adidas then purchased Reebok in the 2000s.

However, the 2017-2018 season will be the first since the early 90’s where all NHL teams will only wear their home colors and road whites. Of course, in the early 90’s, it was road colors and home whites. While the new Adidas jerseys for every NHL team should be unveiled during the NHL draft on June 23rd, the San Jose Sharks have already begun gauging fan interest in what would be their fourth alternate or “3rd jersey”.

The Sharks sent out a short survey last week that essentially asks fans what they would like to see in their new alternate jersey including color (black, teal, grey, orange, other) and crest (original or current). Let’s discuss color first.

Aren’t we all sick of this yet? When San Jose Sharks COO John Tortora discussed the transition to Adidas jerseys with us last October in an interview with the Pucknologists, even John mentioned that he thought the black jersey had run its course and I couldn’t agree more. While black is a popular color, it has become boring and overused. Let’s move on already.

Yes! Why wouldn’t you do teal? That’s the primary color and the Sharks seem to be embracing that fact after trying to introduce orange 10 years ago when the NHL transitioned to the Reebok Edge jerseys. Considering that jersey had the shortest tenure, it’s easy to see that orange didn’t sit well with the fanbase which is understandable when one of the Sharks major rivals uses orange as their primary color. Go with teal.

While I appreciate the Sharks looking at their second color as an option, all you have to do is look at the LA Kings‘ grey jersey to see how completely bland grey would be. 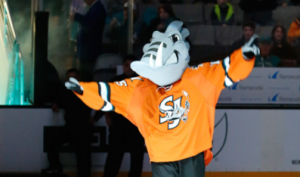 Hmmm. What other color would you possibly go with? Obviously, you can’t use white. I’m actually not sure why “other” was an option, but I’m interested in hearing what fans would like to see. Add your “other” in the comments section. 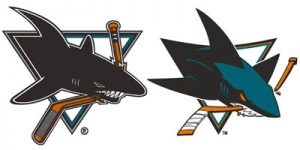 The other primary question of the survey seems to be about the crest and whether fans would prefer the original crest or the current one.

During the 25th anniversary season, the Sharks released a heritage jersey that resembled their inaugural jerseys and they were very popular. I think an alternate that throws back to the original logo would be a cool idea that recognizes the team’s history. Or what if the Sharks recognize more of their history while looking towards the future?

This is my mock-up of what I think would be a great alternate jersey for the San Jose Sharks.

With this design, I tried to incorporate the history of all the San Jose Sharks jerseys:

As you can see, I’ve used the new “screaming Shark” secondary markings for the crest and patches as a recognition of the future of the franchise. It’s also a nice compliment to the San Jose Barracuda alternate mentioned above with the use of the “SJ” crest. I know you can’t please everyone and some people will think this “all-in” alternate is horrible. However, I think this mock-up would appeal to the masses and checks off as many boxes as possible, starting with “it’s not black”.