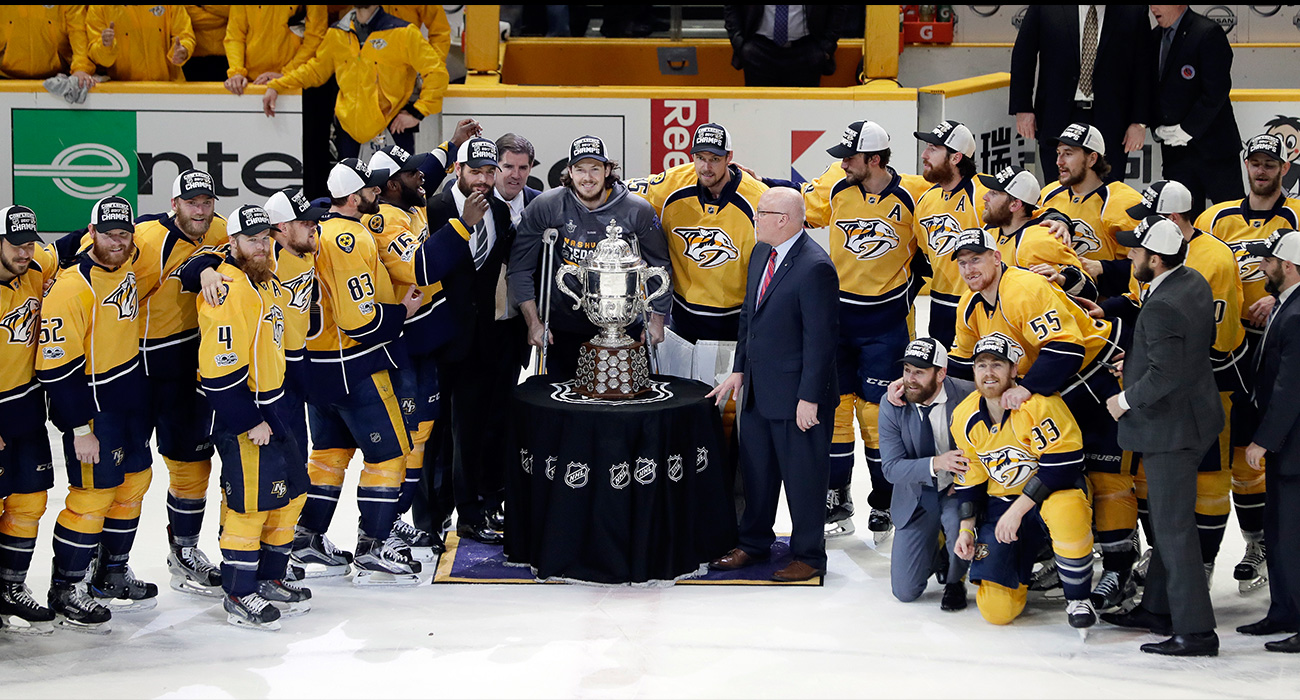 A Third Round Review and Stanley Cup Final Preview

The Penguins and Senators I think was a lot closer of a series than people expected. I’m one of the few who knew it would go the distance because those Ottawa Senators do not quit. They went through a great regular season. Their goalie, Craig Anderson, fell through some hard times with his wife, Nicholle Anderson. Hopefully she’s doing well. So they have a lot of pride and belief as a team. Full credit to them for fighting back the way they did in the Eastern Conference Final.

The Pittsburgh Penguins are, well, the Penguins. I didn’t think (or hope) they would get this far especially considering they were without Kris Letang and a few other players who are day-to-day. But good teams always find ways to get it done regardless of the obstacles in their way, right? Well, like it or not, the Penguins are an elite team. NBC and the NHL always like to shove Sidney Crosby down our throats, just like they did and still do with the Chicago Blackhawks and their star players. While he didn’t score the game-winner in OT, he had the primary assist on Chris Kunitz‘s game-winner in double overtime.

Moving onto the Nashville Predators and Anaheim Ducks‘ series, this was a tight checking series although both teams had speed. Throughout the series it seemed both the Predators and Ducks were evenly matched, but it was evident throughout that Nashville still had the upper hand in their speed and transition game, as well as on the forecheck.

That’s why in the end it made sense for them to win it in 6 games, especially considering how good the Preds are at Bridgestone Arena. They had the crowd on their side and although they played tentative at times, allowing the Ducks to stay in the game, their role players made all the difference in the world. Colton Sissons, who’d recorded a hat trick in a game he’ll want to remember, scored the go-ahead goal to make it 4-3 Nashville, Callie Jarnkrok with the lone assist. Filip Forsberg and Austin Watson, both who had really good games, scored the two empty netters to make it 6-3 Predators. So, really, the game was a lot closer than the score suggests. With the win, the Predators advanced to the Stanley Cup Final for the first time in franchise history.

So, now onto the Predators – Penguins Stanley Cup Final. This is going to be a very interesting one. Both teams teams are fast. However, the Predators are the more defensive minded team. It’s in their DNA. The question will obviously be if they can contain Sidney Crosby and his linemates. But it should also be if they can be good enough defensively to contain the entire Pittsburgh Penguins team as they are deep. That being said, the Predators can’t be solely focused on going into a defensive shell or eventually they’re going to break. Just look at Ottawa with their turnovers and missed opportunities in Game 7. Nashville’s role players are going to have to step up when it matters most. This is their time to shine. Personally, I do not want the Pittsburgh Penguins to win the Cup because they’ve already won it. We know they’re the odds-on favorite now to win the Stanley Cup. It’s time for someone else to win it, a different team. That’s where the Nashville Predators will have to seize the moment. Will they do it? That remains to be seen, but I sincerely hope they as well as P.K. Subban prove a lot of doubters wrong. I want to see him raise the Cup.