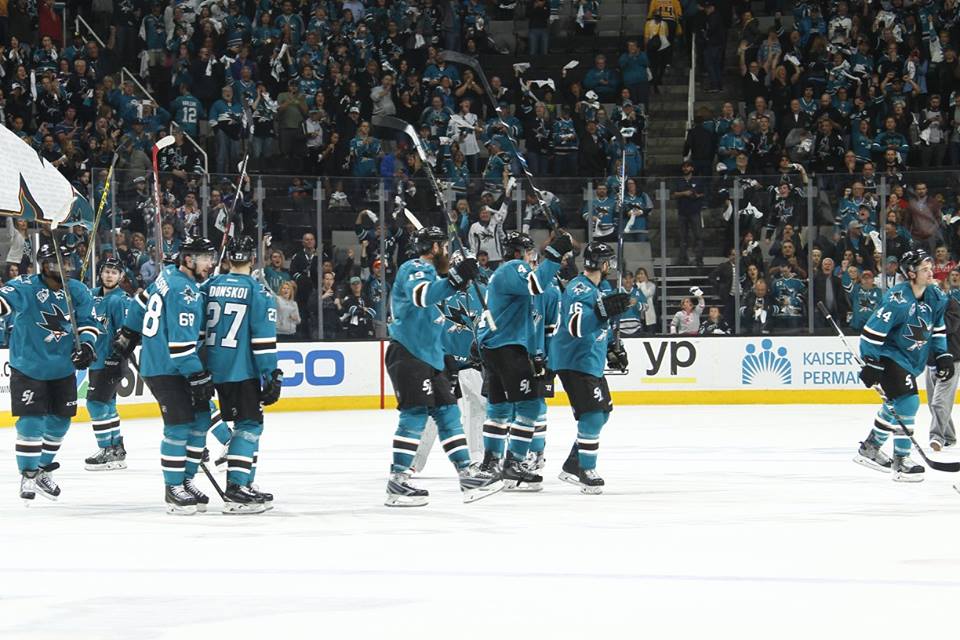 Fan Response (Or Lack Of…)

Recently I put out a tweet asking my followers to reply with their favorite moments of this past season for the San Jose Sharks. Unfortunately I only got two responses, and that’s understandable. People get busy around this time of year, and… there might have been more lows than highs from the 2016-17 season for the Sharks because the end result wasn’t what we wanted.

That said, the lone response I can actually show in this article was by Kendra (@kendizzle88):

Not a bad choice, and one we’ll get to later in my list of top moments.

The other one was basically a chirp by good friend of Teal Town After Dark and Edmonton Oilers fan Trin Potraz (@PotrazHockey):

Watching the Sharks shake hands with the Oilers after the Oilers eliminated them 😜 https://t.co/7nuh4v09H6

So, since there weren’t many really noteworthy milestones and accomplishments that happened, I’ll go through the five that I chose, counting down.

I have this as number 5 because it was the last and most recent satisfying win for the Sharks. While San Jose eventually lost to the Oilers in 6 games, this was the one game where they really dominated the Oil.

Who didn’t love this game? Not only did they have the pregame show and celebration as the now-former Western Conference Champions, they opened against a former rival and won it 2-1. Going to a game against the Los Angeles Kings had been on my bucket list, so that got checked off. The pregame ceremony was an emotional reminder of the Stanley Cup run the Sharks had, and what could have been.

3. Martin Jones’ Saves Against Ryan Nugent-Hopkins and Connor McDavid of the Edmonton Oilers

These two saves have to be up there for saves of the season. They were two huge stops for Martin Jones as he was unfortunately the only one who showed up in the first overtime period of Game 5. The Sharks had had a 3-1 lead only to blow it late in the 2nd and 3rd periods and lose in overtime.

So, these last two moments were really hard to decide for me, as both Thornton and Patrick Marleau have been with the organization for a long time. Marleau’s worn the teal sweater since being drafted in 1997, while Thornton was traded to Teal Town in the ’05-’06 season yet has had such a significant impact on the team since his arrival. As both players’ futures remain uncertain, I’ve put Patty Marleau at number 2 because he has faded. He’s not the engine that Joe Thornton is, and believe me. If the Sharks are without Thornton… oh boy. That said, scoring all 500 goals with one team in your NHL career? That’s almost unheard of. So, congrats Patty!

Finally, number one goes without saying. Joe Thornton. I mean, what else can you say about him? Extremely skilled passer. Sees the game really well. Tremendous passion for the game. Unfortunately he still doesn’t have a Cup win in his long resume to back up his spot in the Hockey Hall of Fame, but in my opinion, puck it (yes, I typed that). Does he really need a Cup win to cement what already should be a Hall of Fame career? Like, really? It’s hard enough to score goals in this league, let alone rack up a thousand assists. Give the guy a break. Rant aside, here’s another few years, Jumbo Joe.