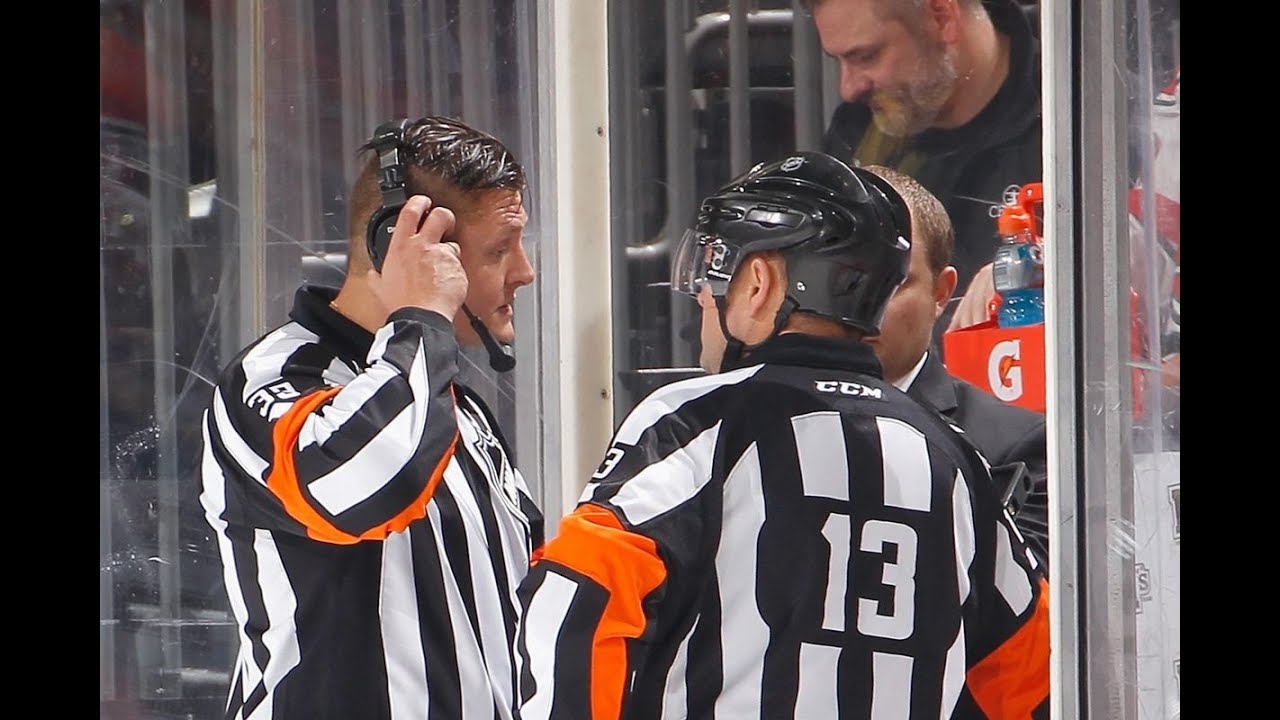 Hockey is officially back and has been back since the NHL preseason started on September 16th. With the new season comes some new rules and some rules with re-enforcing. Let’s analyze how it will impact the game.

Ever since the coach’s challenge was implemented, especially for offside, fans have voiced their great displeasure complaining that it slows the game down. I for one have talked to a select few of my Twitter followers about how it would be great if the officials didn’t take 5-7 whole minutes just to decide whether or not the play was onside or offside by a skate blade.

While I’ve seen many suggest simply scrapping the coach’s challenge rule altogether, there is now an added consequence for abusing the coach’s challenge. Basically if a coach wants to challenge a goal-against, they’d better be damned sure the play was actually offside. Not only will they lose their only timeout if they lose the challenge, but their team will now also be assessed a two-minute bench minor.  The goalie interference challenge remains the same. It’s a step in the right direction. I’ll be interested in seeing how much of an impact it’ll actually make in the coaches’ decisions.

The NHL has also decided to really crackdown on slashing, at least for the time being. From the preseason games that I’ve seen as well as what I’ve been seeing on my timeline on the Twitter machine, almost every penalty called has been a slash, especially on the hands. Now I can understand the whole need for player safety. Sidney Crosby got away with nearly chopping Methot’s finger off last year in the playoffs. I remember a few years ago Johnny Gaudreau of the Calgary Flames had his hand chopped at by the Minnesota Wild about…. 20 times or so? It was a lot, and eventually if I recall correctly Gaudreau started experiencing discomfort to the point where he had to skate off the ice and into the locker room.

So, again I can understand the whole aspect of player safety but… you know what? Look. The officials blew it a long while back. Us fans have complained about missed calls since the dawn of time. The officiating in this league has been bad for quite some time now, and for those of you who are fans of other sports as well, yes it’s been bad elsewhere too. If there’s anything the officials and the League are very, very good at, it’s being inconsistently consistent.

Now, will this reinforcement of the slashing rule actually help send a message to players to watch where their stick lands every time they try to stick lift and wave their sticks around? According to John Shannon of SportsNet, it has helped for the time being. As a matter of fact, he did send this tweet out as of this morning:

Preseason adjustment already by officials on slashing and face-off violations. NHL sent note to officials yesterday to dial it back a bit.

Okay, so now the NHL has asked the officials to dial it back so that there can at least be some flow to the game. The only question is how long will this message stay in the minds of players and coaches before they start hacking and whacking again and someone complains that so-and-so nearly chopped their favorite player’s finger off?

That goes into the age-old debate of player safety. Where do you draw the line between protecting the players (which the NHL has repeatedly failed to do anyway) and just playing hockey? Without going into long-winded tangent about it, there really is no good answer to this. You’re either going to have to call 50 slashing penalties in one game to make sure “don’t slash the other guy on a body part” gets drilled into their heads, which we obviously see ruins the flow of the game, or you’re going to have a player just about get his hand chopped off because the opposing player couldn’t control their stick. That’s just the way it goes. It’s really up to the NHL to either establish some sort of consistency or do a much, much better job at educating their officials on the rules of the game, or really… just do both! Know what you want to be a penalty in the game and what you don’t want to be a penalty, make sure no one is an exception to the rules and keep that standard. I’ve seen so many fans’ comments saying that refs should just call the rule book, and I completely agree. It should be that way, but again the NHL needs to establish some sort of consistency or the officiating is still going to be a mess.

Face-offs are another thing, and to be quite frank this is a really dumb rule to re-enforce. Basically, according to Rory Boylen who wrote an article on this year’s changes in the NHL on SportsNet,

Players taking the draw are supposed to have their feet within the limits of the markings by the dot and not inside of, or touching them.

Supposedly this has been reinforced to ensure a zero-tolerance system for cheating. My reaction to this? … What? And why? Players cheat in the face-off circle every. Single. Game. As the old saying goes, if you’re not cheating you’re not trying. Why take that away and just slow the game down even more? What’s the point? You’re going to have skilled face-off guys and not-so-skilled face-off guys. That’s just the reality.

No More Timeouts on Icings

If a coach wants to call timeout after an icing to rest his players, he can no longer do that starting this season. This is another rule in hopes to add more offense into the game. This is definitely going to make teams have to plan their timeouts wisely.

High-Touch Against the Power Play Team

Rule 80.4 in the NHL rule book used to say that if the team on the power play touches the puck with a high-stick, play stops and goes back down to the defensive zone by the net.

Are All These Changes for Better or For Worst?

Year after year, Gary Bettman and company always say they strive to make the NHL a better league in terms of game flow and popularity. However, year after year, they have failed to do so. Could this be the year they actually do make the game better? I’m not going to speak for everyone but I highly doubt it. There are going to be some sour grapes here and there either way you look at it, but you’ve got to establish a standard. Like I said, if you’re going to call a penalty, call it throughout the freaking game. Don’t call 10 of the same penalties one night, and then just absolute blow it another night. If you’re not going to call those penalties, let ’em play. All I ask for is better consistency, and a little more regard for player safety.

What are your thought on this year’s rule changes? Leave a comment below, or “@” me on Twitter @TealTownGhost.

One thing is for sure though. Hockey. Is. Back.