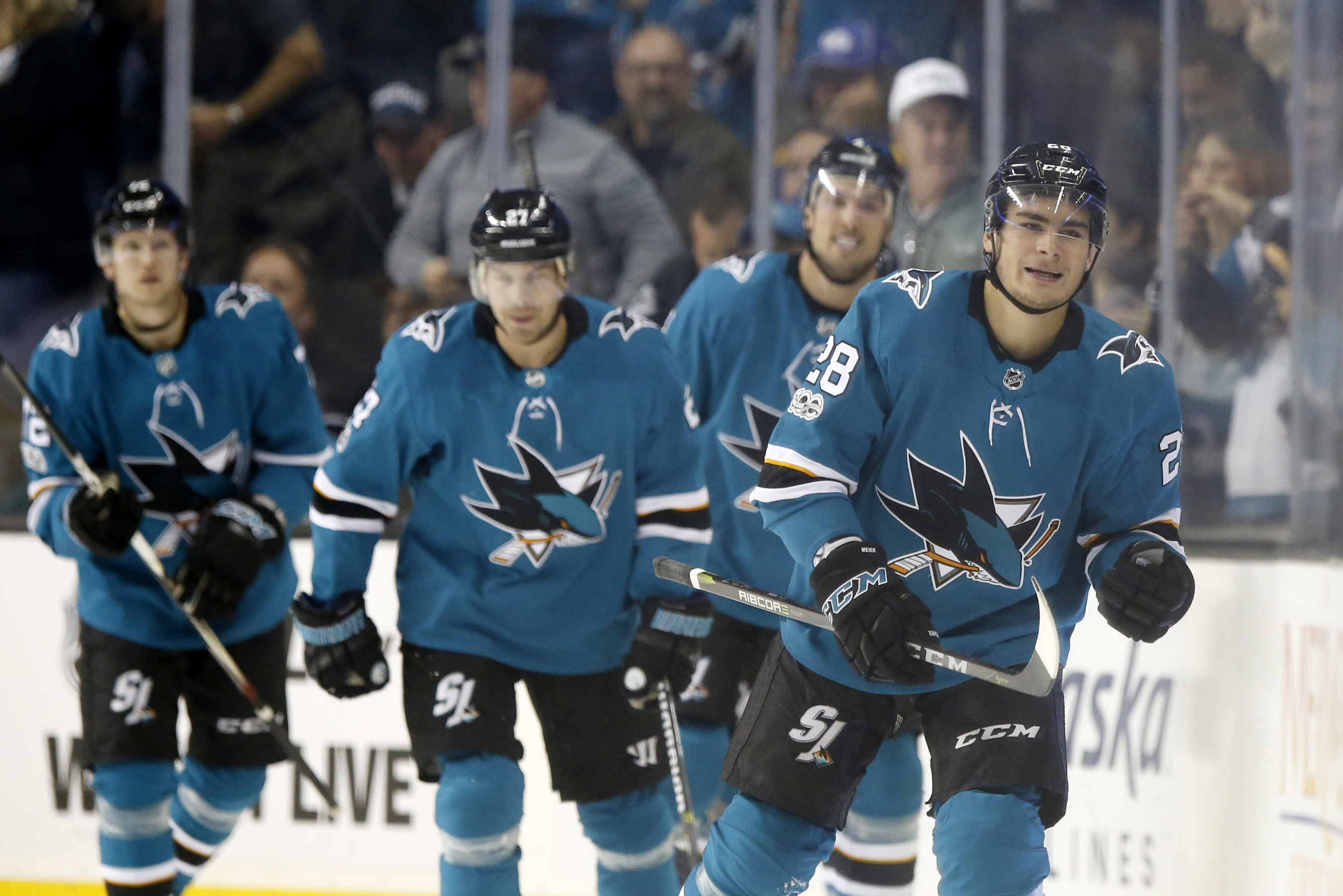 With a win against the Buffalo Sabres out of the way on Saturday, the San Jose Sharks have now reached 10 games played with a middling 5-5-0 record. They will end the month of October hosting the Toronto Maple Leafs in what will be an emotional return for former Shark Patrick Marleau. Let’s take a look at how team Teal has done so far in this early progress report.

Consistency is something I’ve always harped on, and unfortunately there doesn’t seem to be any thus far. The Sharks haven’t been able to string together more than two consecutive wins. Regardless of the result against the Leafs on Monday, that will be the story for the month of October.

With Marleau gone, the Sharks opted not to sign another big name free agent in the offseason and went with what they had in their farm team to help compensate for the 27 goals he scored last year. So far, it’s left much to be desired. So far, the only hot hand lately has been Logan Couture, who has 5 goals in 5 games, including a hat trick against the New York Islanders. He leads the team so far with 8 goals and 11 points on the season. The Sharks need more from others not named Couture, such as Joe Pavelski, Joe Thornton, and Brent Burns, the rest of the core players. They also need their youth to step up. Kevin Labanc still only has three goals. Tomas Hertl has two. Chris Tierney has two goals. Ryan Carpenter, who skated in 8 of 10 games played so far, doesn’t have a goal or a point yet. Speaking of underperformers, how about Mikkel Boedker? He has three years left on his $4 million dollar contract and he’s only got one goal and four points on the season.

The defense has been okay. So far they have allowed 26 goals against, which quite honestly if you look at teams like the Arizona Coyotes, Buffalo Sabres, and Pittsburgh Penguins, isn’t bad. The Coyotes lead the league with 48 goals allowed, and out of those three aforementioned teams, Pittsburgh is the only one with a winning record. The Sharks have allowed the fourth fewest goals, tied with the Carolina Hurricanes and trailing only behind the Vancouver Canucks, Los Angeles Kings, and Vegas Golden Knights.

As far as players are concerned, Brent Burns has looked okay coming off of his Norris Trophy win from last season. Tim Heed has looked fantastic since his call-up after Paul Martin‘s ankle injury. Joakim Ryan, for the most part, has been able to hold his own.

I know it’s early. We’re only ten games in. I’m not saying it’s time to hit the panic button because that would be ridiculous. However, there is cause for concern if the Sharks don’t get more production from everyone. As mentioned earlier, Couture’s been the only one really lighting it up for the Sharks. Now’s the time to gain ground and really get that sustained offense. You need constant production and a group effort if you’re going to replace a player like Patty Marleau. It’s not going to come easy, but this is the time you start putting those hard hats on and going to work. Hard work along the boards, moving your feet, and winning those puck races and one-on-one battles is the way to get it done. Sure, there’s going to be some luck involved, but if you want to win in this league you have to make your own breaks. The bottom line is they’ve got to start producing more often starting Monday night.