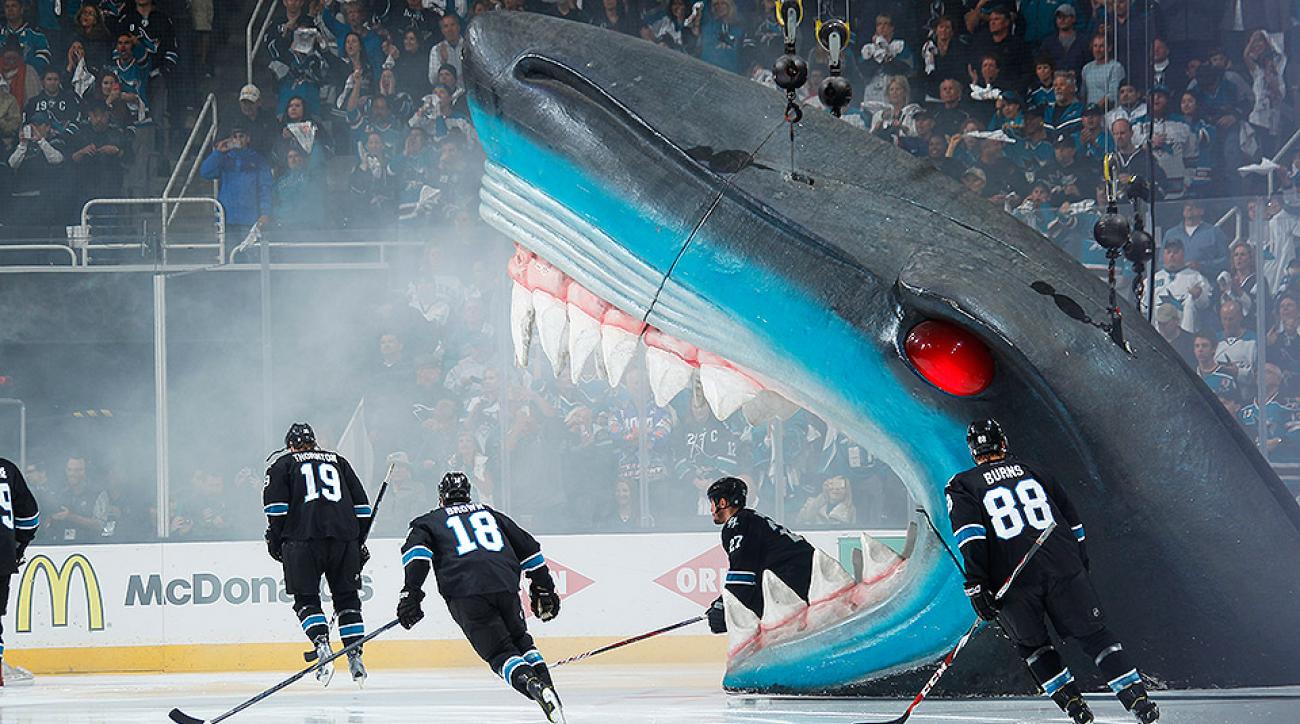 Five Things To Watch For This San Jose Sharks Season

Five Things To Watch For This San Jose Sharks Season

For the first time in 20 seasons, the San Jose Sharks will open the 2017-2018 campaign without Patrick Marleau. There’s no denying what Marleau’s speed and skill brought to team teal. The Sharks will not only miss Patrick during even strength play, they will miss his special teams skills. 177 of Marleau’s 508 goals came on the man advantage and penalty kill. Look for guys like Timo Meier, Kevin Labanc, and Mikkel Boedker to fill the void left by Marleau, who played both center and wing, on several lines.

Several Sharks had down seasons during the 2016-2017 campaign. Last season, even Patrick Marleau had his lowest point total since the 2001-2002 season. After posting 30+ points in the previous 3 seasons, Joel Ward failed to crack 30 last year. Ward will likely be pushed hard by the upcoming youth and may see some time on the bench if head coach Pete DeBoer doesn’t like what he sees from the veteran forward.

The player most people are looking at to bounce back this season, without a doubt, is Mikkel Boedker. After signing a 4 year, $16 million contract last summer, Boedker was largely unimpressive for most stretches of the Sharks season, even being scratched for two playoff games. Reports coming out of camp have Boedker altering his game to fit better with the San Jose system. The Sharks can hopefully look forward to a bounce back by Boedker this season and history is on his side. His point totals for the last 5 seasons were 26, 51, 28, 51, 26. Let’s see if Boedker can not only break the 50 point mark again, but possibly crack the 20 goal mark for the first time in his career.

San Jose’s power play finished last season ranked 25th in the league, their lowest finish since 2000-2001.  In fact, since 2000-2001, the Sharks power play has finished the season in the lower half of the rankings only twice. The Sharks look to address this problem with the addition of assistant Dave Barr, who will be an “eye in the sky”, to help get the power play back on track. The departure of Marleau may also force the Sharks from falling into their bad habits of last season.

For the first time in recent memory, the Sharks enter their season with almost $6 million in available cap space. Over the last 5 seasons, the Sharks have typically entered the season with just under $1M. This strategy gives general manager Doug Wilson some flexibility to make a move, if needed.

While game sell-outs used to be almost commonplace, many fans have noticed several empty seats when watching the game both at SAP and on TV in recent years. This season, the Sharks will introduce their BMW lounge, which replaces The Grill. Access to the lounge is limited to those with tickets in the first 3 rows from the glass. Everyone likes a shiny, new toy and I expect many of the fans that can afford it will be spending a good amount of time there. Who doesn’t like “hanging in the VIP”? However, it will be interesting to see how it plays live, but especially on TV, if it constantly looks like there are empty seats on the glass for every game. While those seats have been sold, just like many of the empty seats you see throughout the arena, the optics of it could potentially impact demand.

What else should San Jose Sharks fans look for this season? Leave your comments below.