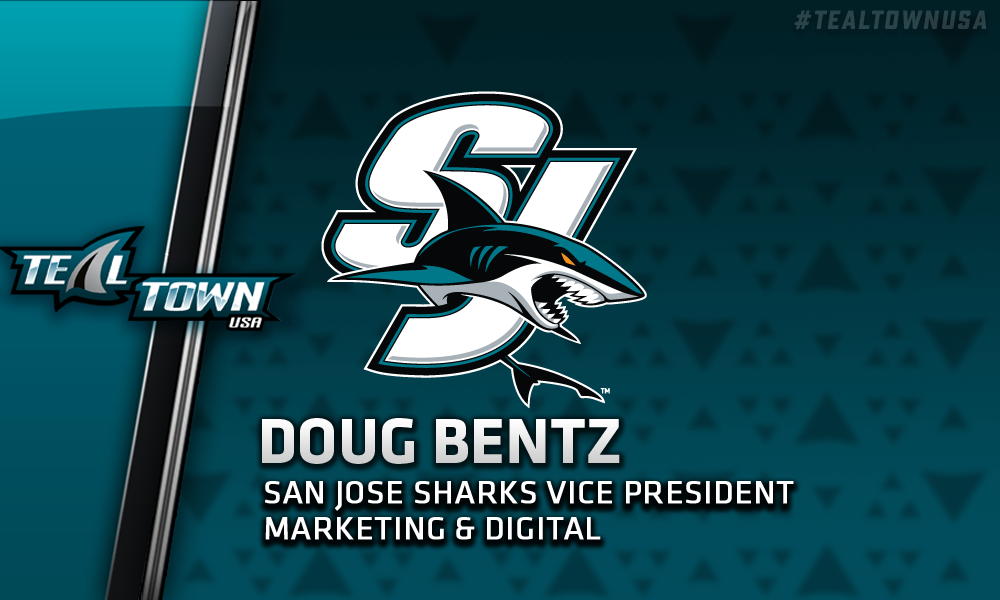 In this special episode on of TealTownUSA.com, AJ Strong speaks with San Jose Sharks vice president of marketing and digital, Doug Bentz, to discuss what’s in store for fans on fan appreciation night and a couple hints on what to expect during the playoffs.

The Sharks plan to take fan appreciation to a whole new level this Saturday, April 7th, 2018. All fans in attendance will receive a Brent Burns and Joe Thornton dual barbershop bobblehead that will feature an AR trigger for behind-the-scenes bloopers from the commercial shoot. The Tank Patrol and in-game host, Jon Root, will also be armed with over 250 prizes to given away throughout the evening.

Along with the usual contest of winning a jersey from the players at the end of the game, one lucky fan that voted for the winner of the Fan Favorite award will be automatically selected to participate in the “Jersey Off Our Back” ceremony. Players will also join the Tank Patrol for the t-shirt toss following the game. If you’re on Twitter, the Sharks will be surprising fans that post with 40 prizes and use fan tweets throughout day, copying text and attributing to those who tweeted it. Use the hashtag #SharksForLife.

Fanatics will be celebrating Fan Appreciation night by offering a store-wide discount of 20% off all items which includes merchandise stands throughout the arena as well as the Sharks Store. If fans sign up for the Fanatics rewards program they will receive an additional 20% off during Fan Appreciation Night. Users of the rewards program will receive 3% of “FanCash” for all Fanatics purchases including in the Sharks Store.  FanCash is currently only redeemable for online purchases.

Keep a keen eye out on the Sharks twitter for more details.

Check out our other TealTownUSA interviews.