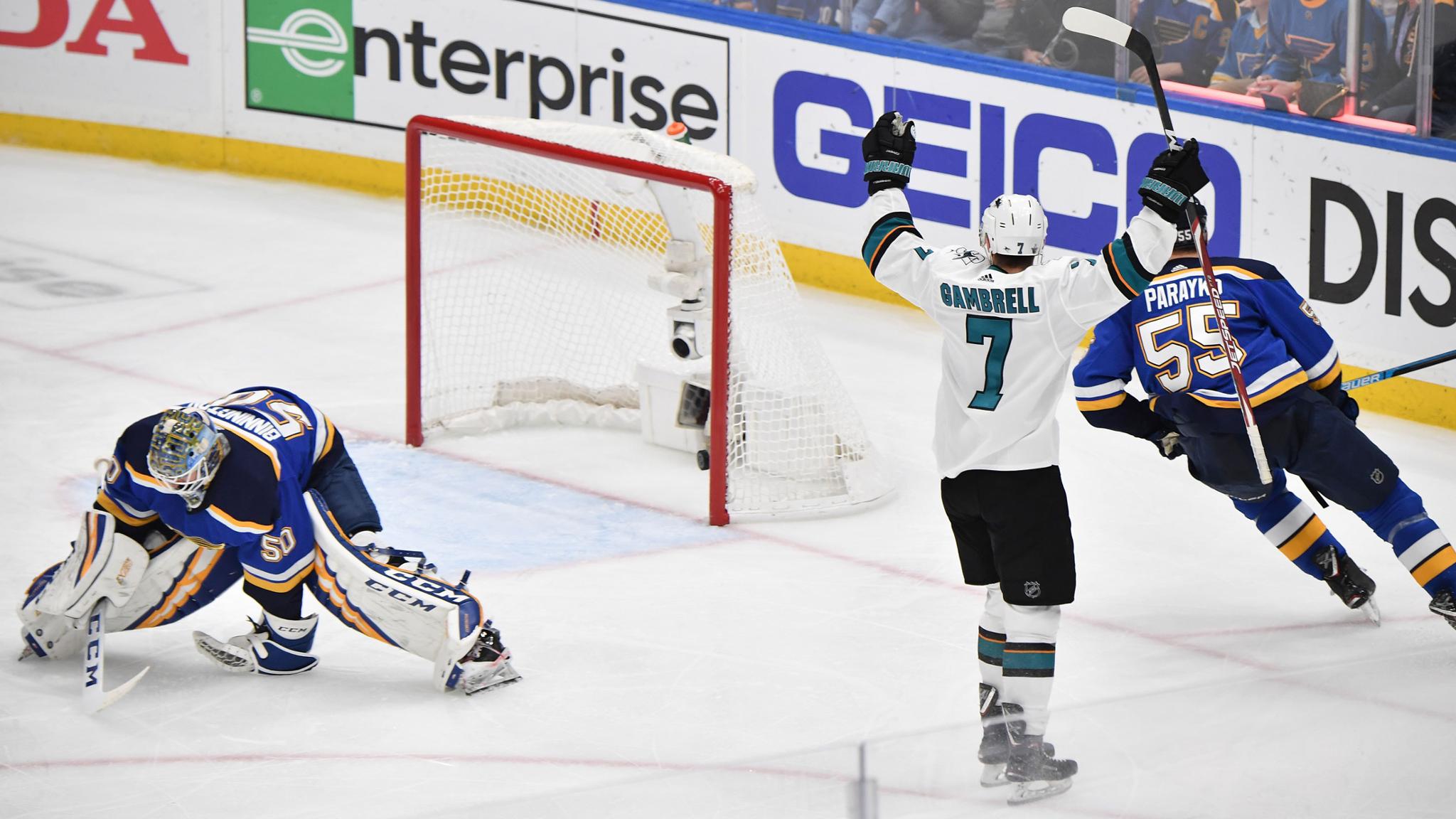 I recently talked to San Jose Barracuda standout Dylan Gambrell for an off-season update. Gambrell had an outstanding rookie season with the ‘Cuda featuring 20 goals, 25 assists in 51 games. He also appeared in eight regular season Sharks games and one playoff appearance where he scored a critical goal to cut the Blues lead in half in game 6.

Looking back on the goal, Gambrell had these thoughts:

“That was a very exciting moment for me not only because it was my first NHL goal but because that cut the lead in half. I think anytime you can help your team out in any way that’s big. It will also be nice going into this year just to have the first one out of the way and not having it in the back of my mind.”

During the off-season Gambrell returns to his college home at the University of Denver. There he trains with former teammates and coaching staff. He goes back to his college hockey team’s facilities to train because it is like his second home to him. It also allows Gambrell to have more ice time and work with training staff that is quite close with San Jose.

This summer, Gambrell is focusing on working on his face-offs and getting bigger and faster to improve his chances of making the big club for opening night.

Training camp and beyond

Regarding training camp, Dylan said “I’m very excited to get to training camp and get things going. It’s nice to have one training camp under my belt so now i know what to expect coming into this one. In preparing for camp I’ve been working out and skating nearly every day.”

Gambrell has been a beneficiary of the AHL ‘Cuda sharing a practice facility with the big club. Access to NHL knowledge and help on a daily basis is one reason why his development path to the NHL has been expedited. Gambrell said “It’s huge for players. It’s so easy because it’s just a walk across the hall and for a guy like me who went up and down quite a few times it was nice to not have to travel across the country. It saves time and ultimately saves your body.” Another added value is actual facetime with roster players. Gambrell said that Joe Thornton, recently departed Joe Pavelski, and Logan Couture have all given him plenty of tips. On their advice, Dylan said, “I think looking up to those guys who are also centers and being able to ask them questions is great for me.”