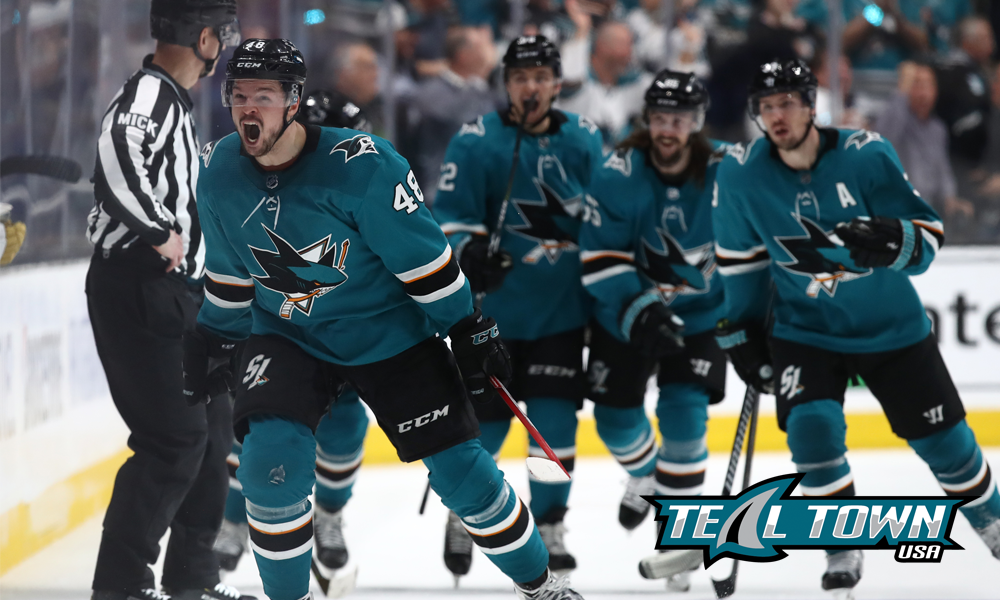 With the beginning of the San Jose Sharks season rapidly approaching, here are 5 things to watch for as the 2019-2020 campaign rolls on for team teal.

Last season, the Sharks finished dead last in the NHL with a save percentage at .889 while finishing 22nd in goals against average with 3.00. In fact, the Sharks entered the postseason with the worst goalie numbers of the 16 participating teams.

One of the factors was a porous defense that contributed in allowing 258 goals for 21st in the NHL. The Sharks also allowed a goal in the first 5 minutes of a game 28 times last season, going 11-16-1 in those tilts.

Predictably, the Sharks fared much better when they gave their netminder some help. In 62 of 82 games last season, the Sharks scored 3 or more goals, posting a record of 46-16. Can Martin Jones bounce back after a subpar 2018-2019?

While “Pickles” didn’t have an awful 2018-2019 season, it was certainly far from his best. Most will point to the fact that he never really found his groove due to the musical chairs of defense partners he was paired with.

Whether it was Justin Braun, Erik Karlsson or anyone else, it took half a season for MEV to return to form. Not only did Vlasic have his worst point total in 4 seasons, it was the first time in over a decade that the shutdown defenseman posted a minus rating with -6.

That said, Vlasic was a key cog in the machine during Round 1 of the playoffs. Vlasic played in 4 matches of the 7 game series. The Sharks won all 4, but lost the 3 games Vlasic missed. With his longtime defensive partner, Justin Braun, off to Philadelphia, can MEV find chemistry quickly in a likely pairing with Erik Karlsson or Tim Heed?

During the ’18-’19 season, the Sharks posted a +31 goal differential, finishing 7th in the league. That sounds great until you realize that 38 goals last season came off the stick of Captain America.

Joonas Donskoi and Gustav Nyquist combined to find the back of the net 20 times last season also. When you consider that Pavelski averaged 34 goals per season over the last 6 campaigns, the Sharks will need to find those goals elsewhere now that Pavs is in Dallas.

Kevin Labanc is betting he’ll improve on his goal total of 17 last season. Marcus Sorensen should also boost his goal output of 17 last season. Whether more comes from those two or a combination including Dylan Gambrell, Ivan Chekhovich, or Sasha Chmelevski, the Sharks will need more contribution and significantly better defense and goaltending. How will the Sharks replace the points from Joe Pavelski, Joonas Donskoi, and Gustav Nyquist?

After failing to make the playoffs, Boughner was fired after 2 seasons as head coach of the Florida Panthers. Less than 2 months after his dismissal, the Sharks announced he would return to San Jose as the defensive coach for team teal where he spent the ’15-’16 and ’16-’17 campaigns.

Besides Logan Couture wanting him back, Brent Burns must also be happy to see him with the Sharks as  the coach helped him win a Norris Trophy in 2017.  You may also remember that after a rough start last season for the Sharks, coach DeBoer shuffled coaching responsibilities. DeBoer replaced Rob Zettler with Steve Spott as the defense coach while replacing “eye in the sky” Dave Barr with Zettler as Barr was moved to the forward group.

Will Boughner have a dramatic impact on the defense for a team that allowed 258 goals last season with what appears to be a more talented defensive core?

Nice contract, you fucking bitch. Despite playing only 53 games in teal last season due to a lingering groin injury, Karlsson was still able to put up 45 points with 3 goals and 42 assists. With that production, Doug Wilson put all his eggs in the Karlsson basket and signed the 29 year-old blue liner to an 8 year, $92M deal.

Following the postseason, Karlsson had surgery to repair the issue but what if EK65 reinjures it or gets otherwise hurt again? The money spent on EK could’ve went a long way in keeping Pavelski, Donskoi, Nyquist, or going after other possible players.

If, for any reason during the 2019-2020 season, EK65 misses any significant time due to injury or fails to produce the numbers expected of the highest-paid NHL defenseman, you can bet fans will be talking an awful lot about EK’s contract and debating if the deal was too much. However, if he remains healthy, an awful lot of points should be coming from the blue line this season between Karlsson and that other Norris trophy-winning defenseman, Brent Burns.