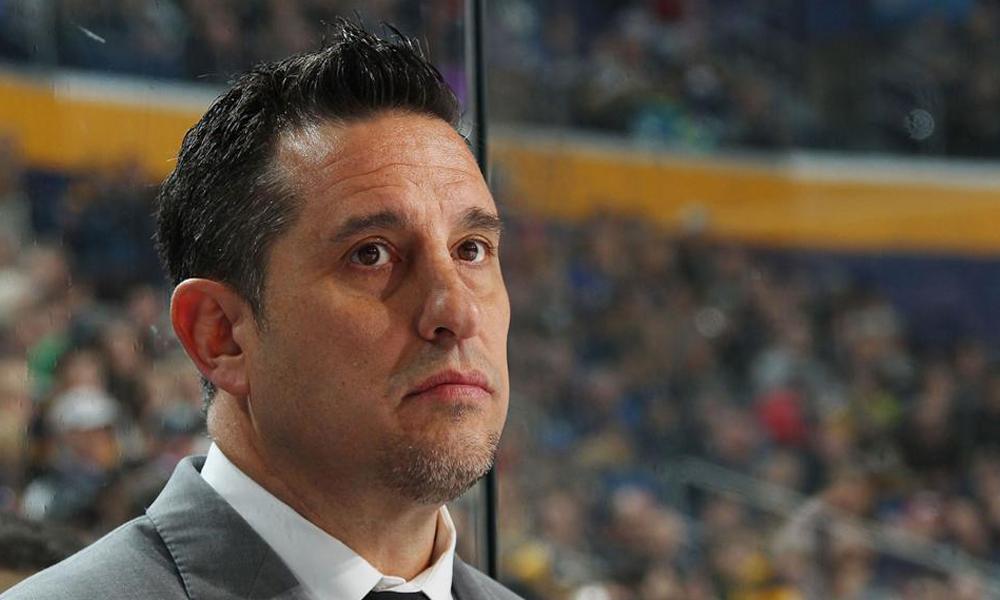 The San Jose Sharks have brought Bob Boughner back as an assistant coach, much to the delight of Logan Couture. The Sharks will look to Bob to help shore up a defense that finished the 2018-2019 season 21st in goals against and let in 3 or more goals in 49 of 82 regular season games, despite the addition of two time Norris Trophy winner, Erik Karlsson.

Lol ya totally his fault. Bring him back @SanJoseSharks https://t.co/uUccpFxjtR

SAN JOSE, CA – San Jose SharksGeneral Manager Doug Wilson and Head Coach Peter DeBoer announced today that Bob Boughner, who left the Sharks in 2017 to become head coach of the Florida Panthers, will return to the team as an assistant coach.

“Bob already has strong relationships with many of our key players and we expect that he will reintegrate himself into our organization seamlessly,” said Wilson.

“I’m extremely excited that Bob has chosen to re-join our staff in San Jose,” said DeBoer. “He and I have known each other for more than 20 years and we’re very familiar with all the intangibles that he brings to our team.”

“I’m very happy and proud to be re-joining the Sharks family,” said Boughner. “I want to thank Hasso Plattner and the ownership group, Doug and Pete for their loyalty and I look forward to getting to work and building off a very successful season that saw the Sharks come within two wins of returning to the Stanley Cup Final.”

Boughner also served as an assistant coach with the Columbus Blue Jackets during the 2010-11 season.

Prior to his stint with Columbus, Boughner, was the head coach for the Windsor Spitfires (where he also serves as the team’s Owner and President) from 2006-10. In his first four seasons with Windsor, Boughner was named the OHL and CHL Coach of the Year in consecutive seasons (2007-08 and 2008-09) and led the team to back-to-back Memorial Cup and OHL Championships in 2009 and 2010. He became the first head coach in CHL history to win two Memorial Cups and two CHL Coach of the Year awards. In his eight combined seasons at the helm of Windsor, Boughner’s teams posted a 282-213-49 record.

Internationally, Boughner coached the Canadian U-18 team to a gold medal at the 2009 Ivan Hlinka Memorial Tournament, going undefeated in the tournament.

Rob Zettler, who replaced Boughner on the Sharks coaching staff in 2017, will not be returning to the Sharks.

“I want to thank Rob for all of his valuable contributions to our coaching staff and to our team over the last two seasons,” said DeBoer.

“Rob, his wife, Shannon and their family have my utmost respect for their commitment and dedication to the organization,” said Wilson. “Rob has been a long-time member of the Sharks family and he has been an important part of our team’s success.”