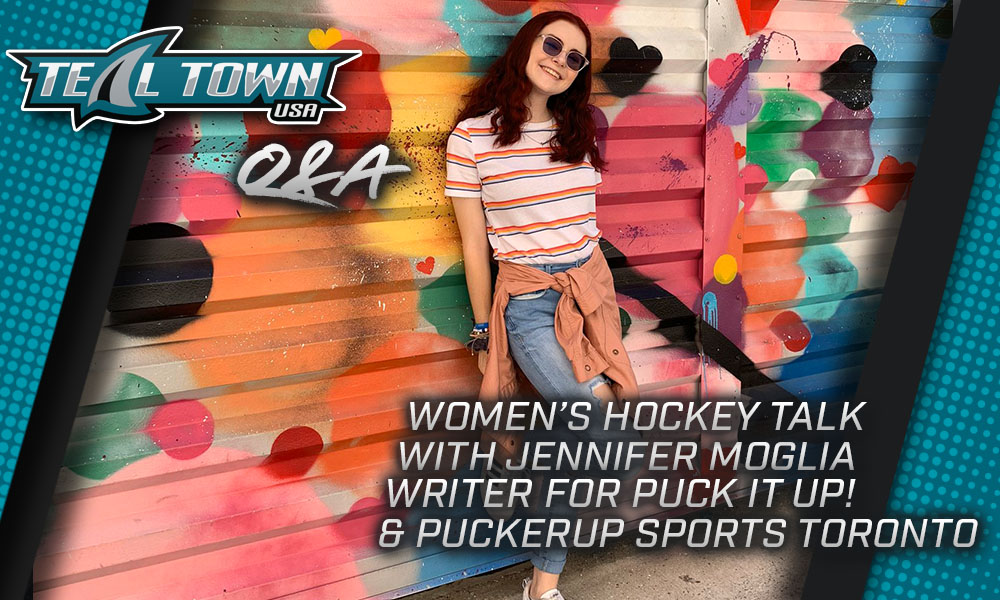 It was January 26th, 2019. Team USA Gold Medalist Kendall Coyne Schofield took the ice at SAP Center in San Jose for the Fastest Skater competition, replacing Colorado’s Nathan MacKinnon at the NHL All-Star Skills Competition. The crowd roared as she prepared to give it her all. As soon as the whistle blew, she was shot out of a cannon, gaining speed with each explosive stride, but also controlling her edges and maintaining her balance at every turn. Her time: 14.346 seconds. While she didn’t win Fastest Skater, she instantly won the hearts of many watching the event, either on TV or in-person. Kendall Coyne broke barriers by becoming the first woman to ever compete in an NHL event.

Almost one year earlier, the U.S. women’s national team had won the gold medal at the 2018 Winter Olympics in Pyeongchang, South Korea against their bitter rivals in Team Canada, with Jocelyn Lamoreux scoring the game winning goal in a shootout. However, as great as the victory was for Team USA, the gold medal game itself showed that people were willing to watch hockey, regardless if it was men or women playing the icy cold sport.

The gold medal game between the United States and Canada brought the women’s game to new heights and more exposure than ever. However, there was one big looming problem over the coming months. The women in hockey weren’t being paid nearly enough. On May 1st, 2019, the Canadian Women’s Hockey League (CWHL) announced that they were ceasing operations due to an “economically unsustainable” business model. This was a devastating blow for women in the sport.

Thus, as a result of this financial unsustainability, hundreds of female athletes have opted to boycott this season. In an effort to send a message to professional leagues and inspire young girls and women around the world, they’ve started The Dream Gap Tour, with the hashtag “#ForTheGame”. Furthermore, a select few women’s hockey players were chosen to work with certain clubs, most notably Kendall Coyne recently joining the San Jose Sharks TV broadcasting crew with Randy Hahn, Jamie Baker, and Bret Hedican.

In light of these recent events that have unfolded over the past year, I decided to talk to Jennifer Moglia, a diehard fan of women’s hockey, for a Q&A via Twitter’s Direct Messages to help us understand more of what’s going on with women’s hockey as well as the impact of women in the sport. Moglia writes for both Puck It Up! and PUCKERUp Sports Toronto, a hockey blog led by all females.

FC: Can you tell me what’s going on with the current financial situation for women’s hockey right now?

JM: Unfortunately, there’s no one true black and white answer for this. The NWHL is offering “livable wages” that have improved from last season with some sort of revenue split (merchandise, Twitch streaming, etc.), but I’m not 100% of the details on that. The members of the PWHPA have made it clear (specifically Liz Knox on the Steve Dangle Podcast) that the NWHL is just not an option financially, but they also have to pay for membership at their newly formed player’s association. In short, the financial situation for women’s hockey is all over the place and totally not in a good way.

FC: Why is it so important for these women to raise awareness for the lack of financial sustainability in women’s hockey, so much so that they have to boycott professional leagues for this cause?

JM: This is fortunately a much easier question than the first one!! I am a firm believer in the idea that anyone should be able to do whatever they dream of for a living, especially when their counterparts of the other gender can do so much more easily. No woman should have to work two jobs when one is so extremely sustainable for men. The women boycotting professional leagues get a huge round of applause from me; they’re being stronger and braver than they should have to be, but they’re doing it, and they’re paving the way for our future.

FC: What do you feel is the impact of the Dream Gap Tour? How big is this for you and for others who support the future of women’s hockey?

JM: The Dream Gap Tour honestly confused me a bit at first. I wasn’t quite sure what the purpose was, other than giving the women boycotting the NWHL something to do since they wouldn’t be playing in a professional league. Once I saw reactions from people who attended, it started to click. To me, the Dream Gap Tour is about showing people why they should care about women’s hockey. It’s about showcasing the talent that exists, giving a reason behind this boycott, the formation of the PWHPA, and so on. I have made so many friends and met just generally amazing women through this business of “woho” and to see them put themselves on display like this really warms my heart. They’re making a case for themselves, marketing themselves as a product almost. I can’t remember the last time we’ve seen women’s hockey approached like this. It’s smart. I’m for it, 100%.

FC: Looking back at that gold medal game between Team USA and Team Canada, how much of that do you think has influenced the number of people starting to take women’s hockey, and quite frankly maybe women in sports, more seriously?

JM: Games like this, whether it be the Olympics, World Juniors, or anything of the sort, are obviously on a much bigger stage than, say, the NWHL, the CWHL, or anything the PWHPA might do (like the Dream Gap Tour). It’s common that this is the only exposure to women’s hockey that any given person might have per year, or even per four years. It’s crucial that these women come out and “wow” their audience every time they’re given a huge stage like this, and they definitely delivered at that gold medal game. They saw the opportunity and took it, and I was ecstatic for them, but, right after, I made sure to talk about how important it is to support women’s hockey BEYOND big marquee games like this. While we haven’t seen any dramatic spikes, I do think that that game had a positive impact on the number of people who watch and follow women’s hockey, making it seem more credible or legitimate. It was a bit of a game-changer.

FC: Finally, what are your thoughts on a few of the women joining certain teams in the NHL? I know there was Cammi Granato joining the upcoming Seattle organization as a scout. Haley Skarupa was recently appointed an ambassador to the Washington Capitals for the youth hockey initiatives, and of course on the teal side of things, Kendall joining the San Jose Sharks organization with the TV broadcasting crew.

JM: Getting news like this is my favorite kind of news to get. It’s unfortunate that for women in sports to get the attention they deserve they sometimes have to put themselves on the men’s side of things, but it’s what they have to do, and I commend them for doing so. Cammi Granato has already been considered an icon – my dad has told me she’s the first women’s hockey player he ever remembers hearing about. This new role will only elevate her credibility and strengthen her legacy further. I’m familiar with both Skarupa and Coyne, through the NWHL/Olympics as well as the work Coyne has previously done with the NHL. I think they’re both amazing women, and I’m happy that they get to be the trailblazers for this mission.

JM (cont.): One more thing … It’s important to support women’s hockey. Period, full stop, end of story. I’ve seen too many people, specifically on Twitter, “pick a side” and go all for either the NWHL and the NWHLPA or the PWHPA and the #ForTheGame movement. I feel like I have to stress that you CAN support both, and you should. It’s easy to want to agree with one side, get behind that, and trash the other, but, ultimately, it’s more counterproductive than anything else. If you want to support women’s hockey, you should be lifting up women’s hockey in all ways, shapes, and forms, not trying to drag down a certain section of women’s hockey because you don’t completely agree with it. This fight is not a civil war; we’re all on the same team.

I want to thank Jennifer for taking the time to do this Q&A with me and help us further try to understand the current situation of women’s hockey, even though it seems very convoluted right now, as well as chiming in with her thoughts on the impact and growth of the women’s game.

The women’s game has definitely taken a big step forward ever since the 2018 Winter Olympics, and it’s great to see these athletes getting more and more involved in not just using their voice to share their viewpoint for this financial situation but also to inspire the future generation of girls and women that they can and should be able to make a living doing what they love, and they should be able to make livable wages as well along with male athletes.

At the same time, I think both sides — the professional leagues and the PWHPA and the #ForTheGame movement — need to come together and agree on a solution to this mess, maybe a compromise of some sort. Hopefully, the situation gets resolved soon.

For hockey articles by Jennifer Moglia, head on over to Puck It Up. She also just recently joined PUCKERUp Sports Toronto, and you can follow her on Twitter as well.