Head Trauma, An Inside Look at the NHL’s Concussion Epidemic: Part II 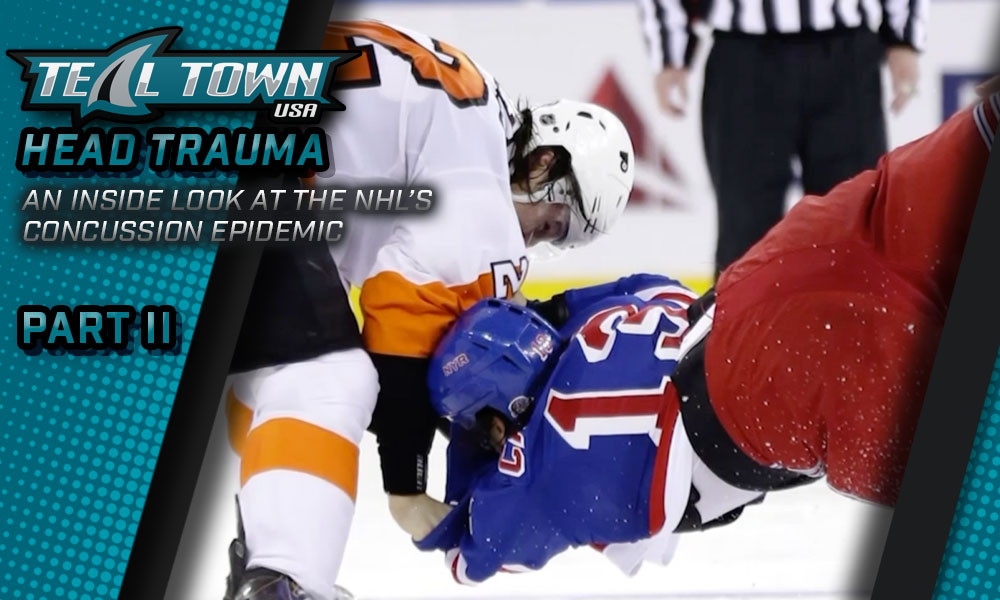 A few years ago, the NHL was involved in a class-action lawsuit by more than 100 former players who had suffered from various effects of post-concussion syndrome. Players claimed the league failed to protect them from head injuries and they were not made aware by the NHL of the risks of playing. Eventually, both the league and former players decided to reach an $18.9M settlement.

Unfortunately, this was $18.9M in hush money. In other words, if the players accept the settlement deal, the whole concussion issue would be swept under the rug and ignored. This response has been all too common, as the league has denied any link between hockey and CTE for years.

There’s a phrase that’s been thrown around quite often, especially these days. It’s the “Old Boys’ Club”, which refers to the old way of thinking. Unfortunately, it very accurately describes much of the NHL.

For a very long time, hockey has been known for its rugged physicality. Because of its nature, hockey players have been known to go through extreme lengths to have a positive impact in the game. That includes blocking shots, big hits, and most notoriously, fights.

Fighting has been the most prevalent part of the game since the dawn of time. Hockey is the only professional sport that allows such a level of violence. If you ask any casual fan what they enjoy about hockey, they’ll likely say fighting. Similarly, if you ask a hardcore fan what they love about hockey, they’ll mention big hits and the fights, as well as the rivalries.

I’ll admit that for the longest time, I really enjoyed watching the fights as well. I loved watching players beat each other to a pulp, since it added to the atmosphere. It added to the intensity of the game. Also fighting on the ice while trying to maintain your balance is a lot harder than it looks, like a lot of things about the sport.

That being said, as I watched more and more hockey over the years, I also started to learn more and more about why the number of fights in the league was decreasing year after year. Players and fans were becoming more and more aware of player safety.

In a lot of ways, the dramatic decrease in fights changed the game as we know it. These days, with the skill level of the players now, fighting has almost become an unnecessary element to hockey. Gone are the days of teams needing to “goon it up,” so to speak. The days of the enforcer are slowly, but surely fading away. That’s not to say that the role has completely disappeared from the game, but it’s happening much less often now. When there might be fisticuffs, the refs have for the most part broken them up early likely due to safety reasons.

I myself have slowly gotten to the borderline of whether or not fighting really is necessary in hockey anymore. On one hand, it is still fun to see guys duke it out. I do kind of understand why it’s necessary, and it will always be part of the game because that’s part of hockey culture. Furthermore, in a lot of cases, players are even standing up for each other on really bad hits by opposing players. Hence, the enforcer role as mentioned earlier. On another, it’s dangerous, and with every blow to the head, you risk more and more concussions and concussion problems later in life.

I remember asking our Canadian friend, Ian Reid, during an After Dark about how the junior leagues have dealt with fighting. In the past, only the standard five minute majors have been handed out. Now those five minutes now come with a 10-minute misconduct, which is an automatic ejection from the game. Also, players who continuously get involved in fights are handed suspensions. These rules have led to a dramatic decrease in fights. In 2011-12, the United States Hockey League had 265 fights in 480 games. In 2015-16, that number dropped down to 70 fights in 413 games.

Either way, as I’ve said, I’m very much split on the issue of fighting. That being said, there are a lot of things that the NHL absolutely must improve on still if they are ever to be taken seriously in regards to player safety. Their suspensions on head contact as well as other dirty plays must be consistent all the way through. No superstar bias, and while they’re at it, forget about determining suspension by a player’s history. A dirty hit is a dirty hit, regardless of reputation. You want to send a message to players that the type of hit they delivered is NOT okay. That’s the way to do it.

In 2016, the NHL updated their concussion protocol, adding concussion spotters. The following quote is a part of the press release:

Most of the time, from what I’ve seen, the concussion spotters have done their job. However, this needs to be a consistent thing because there have been occasional mistakes.

I want to go back to what I said earlier about players willing to what they can to contribute positively to a game. That’s the culture of sports. In part three of Head Trauma, I’m going to go over more of the emotional and behavioral impact CTE has had on the lives of former players, as well as how one former player turned color analyst overcame his struggles and turned his life around for the better.

More or less though, to kind of tie this into part three and give you a bit of a preview, everyone in life is taught to be tough. I remember that being kind of a common theme being mentioned in the NBC Sports documentary, Headstrong. Everyone is brought up to be tough. If you’re stuck in a challenging situation, you overcome it. If you’re hurting, you get through it. When you’re really hurting on the inside, you’re putting a mask on, because if you don’t overcome these obstacles, if you open up about any mental issues you have, you’re seen as mentally weak. That’s the stigma we deal with, and that applies to everyone, including athletes … and especially hockey players.

Because of all the stress and mental challenges that have presented themselves to hockey players due to the League’s ignorance in maintaining the Old Boys Club mentality, because of this toxic culture that has long cultivated itself in hockey, in society, many of these players suffered and are still suffering. That’s the risk they take for our entertainment, for playing a sport we all love dearly.

I’m aware that you cannot complete change everything about hockey. You have to take a lot of elements away to really eliminate the risks of concussions. However, a lot more still must be done to decrease the risks and increase player safety. Our players and athletes need help, and it’s up to the league to give a damn. It’s also up to the NHL Players’ Association to help these athletes transition to life after hockey successfully, to make sure they get the help they need.