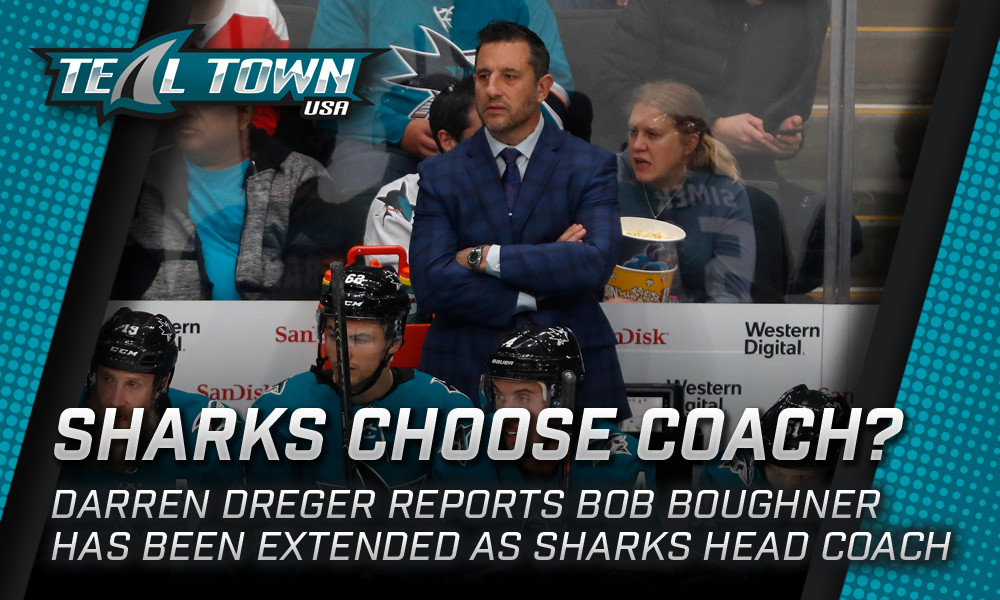 Today Darren Dreger is reporting the San Jose Sharks have not only removed the “interim” tag from Bob Boughner’s job title, but have also given the bench boss an extension.

He’s headed to San Jose to assist Bob Boughner, who is believed to have earned an extension. https://t.co/KIMWWmmJFS

According to the Dreger tweet, it looks as if former Edmonton Oilers assistant and Chicago Wolves head coach, Rocky Thompson, will be joining the San Jose coaching staff.

However, both Kevin Kurz and Curtis Pashelka have tweeted that no decision has been made.

From #SJSharks GM Doug Wilson: "At this time, we have nothing official to report in regards to our coaching staff for the coming season. The process of identifying candidates to fill out our staff is on-going."

Doug Wilson, regarding Bob Boughner’s status, via text: "The process continues and there is nothing to update on Boogie's situation."

With the Sharks out of the playoff picture and the NHL not expected to begin the 2020-2021 season until after Halloween, Wilson has plenty of time to speak with possible coaching candidates.