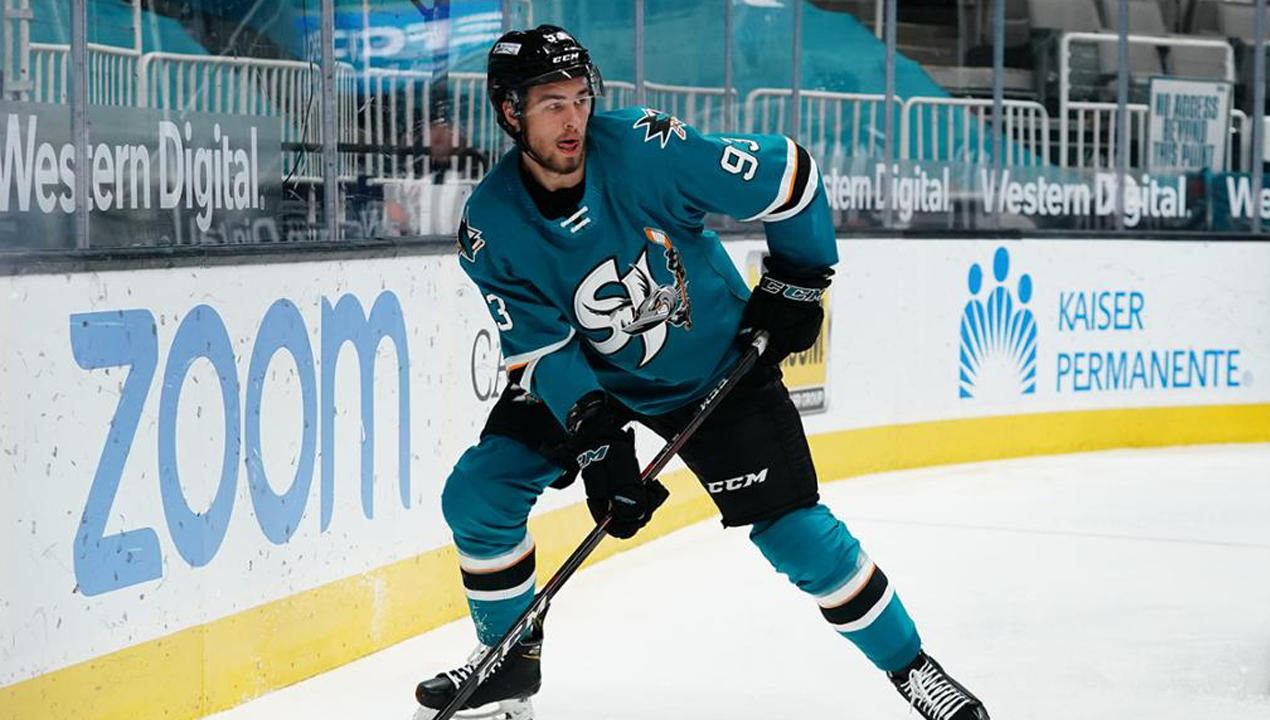 It’s a new era in San Jose! Gone are long-time Front Office members such as Doug Wilson, Bob Boughner, Doug Wilson Jr and Roy Sommer. Replacing them are some familiar names like Mike Grier and John McCarthy as well as some new faces in David Quinn, and Chris Morehouse. With changes in the front office often comes uncertainty and change with player personnel. During his first off-season as GM, Mike Grier brought in a bunch of NHL-level forwards and defensemen in an attempt to change the culture within the franchise, shift towards hard working and speedy players while also challenging prospects included in these rankings to earn a spot on the NHL roster as opposed to being handed one like in past seasons. This could result in the franchise showing a bit more patience in promoting young players, which should help with development.

Grier also has the first draft as GM under his belt, which saw the Sharks trade down from the 11th pick to 27th overall in an effort to gain two additional 2nd round picks while remaining in the first round. There were some big names still available at number 11 but with the Sharks rebuilding and the draft being somewhat of a coin-flip it sometimes is better to have quantity, especially in the early rounds. Following three straight drafts in which the Sharks have selected 9 players the prospect pool looks to be gaining strength and overall depth, however is still lacking in the “elite” prospect category.

The Sharks 2022-23 edition of top prospects likely falls in the middle of the NHL in terms of overall strength, but could be a bit underrated with a handful of players that are floating under the radar. With the NHL club likely still a lottery team and a generational type draft on tap for 2023 the Sharks prospect pool could easily be among the best next September with some good fortune and continued player development.

As a reminder, these rankings place priority on potential ceiling of a player while also factoring the realistic chances of the player achieving that ceiling. There are some “prospects” within the organization that could play in the NHL this week but ultimately will not have impactful NHL careers. Those players will not be found in these rankings.

Part 1 will start off with prospects ranked 11 through 15 as well as some honorable mentions. 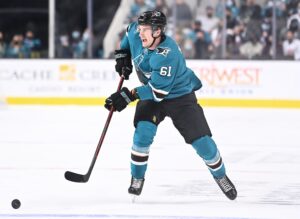 Our top prospect list kicks off with Santeri Hatakka who has dropped from 10th in last year’s rankings. That drop isn’t really a product of Hatakka’s performance but more so a result of the Sharks adding more high level prospects via the draft as well as a few other players having very strong seasons. Hatakka is at his best when you don’t notice him. He is generally a stay at home, responsible d-man who can be relied on to shutdown the oppositions top players. Hatakka doesn’t have much offensive upside but he is decent at breaking the puck out of the defensive zone with a good first pass or his pro-level skating abilities. Last season Hatakka primarily played with the Barracuda registering 12 points in 41 games, but also was able to break into the Sharks lineup for 9 games, picking up 2 assists. He didn’t look out of place, but with the Sharks adding defensive depth to NHL contracts I don’t see Hatakka making the Sharks early in this season, unless injuries occur. Of the Sharks defensive prospects, Hatakka likely has one of the higher floors in terms of development and should carve out an NHL future as a bottom pairing defenseman or attached to a highly skilled defenseman as a stabilizer.

Michael Fisher is a defenseman that could end up being a steal from the most recent NHL Draft. Selected in the 3rd round, Fisher has a very impressive skillset and with the right amount of time could develop into the best defenseman from the Sharks current prospect pool. The key here will be patience from the organization. Fisher is big, currently listed at 6’2 and 190 lbs, and has great skating abilities to go along with a booming shot. His puck skills are also a strength and were on display during the Sharks rookie showcase over the summer. Having played in high school this past year, Fisher will play for the Youngstown Phantoms of the USHL which should prepare him for college hockey. Fisher is committed to Northeastern University and should begin his college career during the fall of 2023. It’s not often that you find big defenseman who can skate like Fisher which is why the Sharks took a chance on him in the 3rd round. If his development goes according to plan he could be with the Sharks in 3-4 seasons. He should be viewed as a “project” with high upside.

Ozzy Wiesblatt comes in as the Sharks 13th ranked prospect. This is a fairly large drop from last year’s rankings where he was 3rd and can be heavily attributed to the lack of scoring upside. Ozzy didn’t have a “bad” 2021-22 season with Prince Albert (43-10-33-41)  but didn’t really progress and if anything the offensive side of his game has somewhat stalled. Ozzy has above average puck handling skills and an endless motor but his game likely doesn’t translate to being a top 6 forward. His trajectory seems more likely to that of a 3rd line 2-way forward who can play on the PK and potentially be a complimentary piece higher in the lineup if needed. It will be interesting to see how Ozzy’s game adapts this season where he will likely be getting a lot of minutes with the Barracuda in his first extended taste of pro hockey. His speed and tenacity should get him to the NHL, its mostly a question of where he will fit in the lineup.

For a second straight year Benjamin Gaudreau is the first and only goalie to make the Sharks top 15 prospects. His numbers weren’t great last year for Sarnia (.891% and 3.71 AVG) but that shouldn’t be stressed much. The team was very weak in front of Ben but did manage to have a winning record with him in net as opposed to the 8-18 record without. Gaudreau plays an aggressive style often at the top of or beyond his crease cutting down shooting angles but utilizes good speed and athleticism to get back into proper positioning when challenged. His acrobatic reflexes and style naturally result in highlight reel saves pretty much every game. Gaudreau was one of the top goalies during each of the last 2 Sharks summer rookie showcases and will look to be a top goalie in Juniors this year, with a chance to represent team Canada in the upcoming World Junior Championships. Should he make team Canada, that would be a big indicator of how Gaudreau’s development has progressed and his biggest challenge yet. Gaudreau is likely 1 season away from pro hockey and despite the Sharks surprising logjam in net, has the highest upside. Gaudreau has NHL starter upside and is the most talented goalie prospect the Sharks have had in quite a while.

Our 11th ranked prospect is the big and speedy forward Brandon Coe. Coe has had one of the weirder routes for a prospect due to Covid which saw him play in the AHL for the 2020-21 season before reverting back to juniors this past season with the OHL returning to action. It would appear as though the AHL action did a lot to help Coe’s development as he torched the OHL during his overage season. Racking up 34 goals and 101 points in 62 regular season games, Coe lead North Bay in scoring and finished 5th overall in the OHL. He then added another 7 goals and 20 points in 12 playoff games. Coe has impressive speed and skating abilities for a guy who is 6’4 but for a big guy, he often spends more time on the perimeter then you would like to see, even against the smaller players in Juniors. Developing a bit more of a physical inside presence would help him at the pro levels, but he does have enough skill to get there without it. This coming season Coe should get decent minutes with the Barracuda for his 2nd stint in pro hockey. He’s likely still a couple of years away from having an impact with the Sharks but he could have a future as a middle 6 forward at the NHL level.

From the doghouse to the penthouse#SJSharks prospect Brandon Coe steps out of the box to score a buzzer beating GWG #NBvsOTT | @OHLBattalion | @SanJoseSharks pic.twitter.com/23aj0laAS5

Check back tomorrow for Part 2 with Sharks prospects ranked 6 through 10!