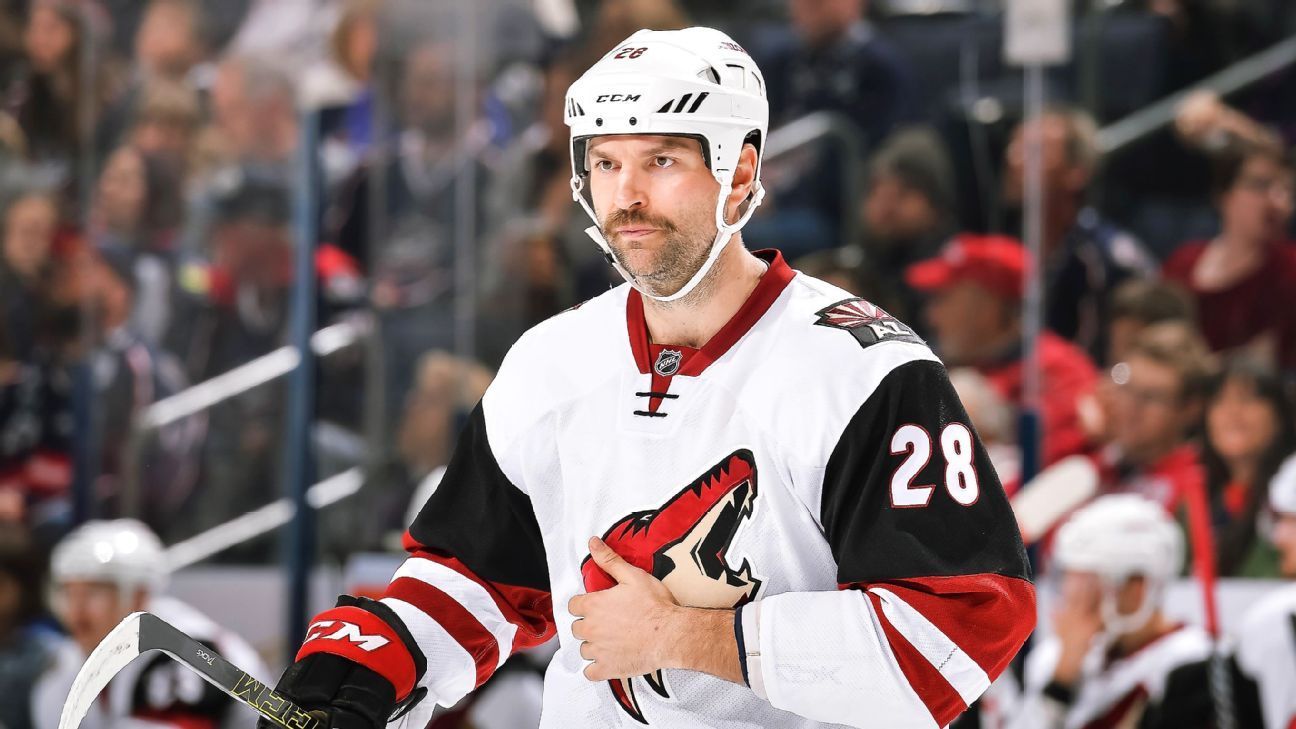 In case you haven’t heard, former San Jose Shark and current Arizona Coyote John Scott is the leading vote getter for the 2016 NHL All Star Game. Yes, you read that correctly. A perennial 4th line goon who spends more time in the press box than on the ice is leading the NHL All Star vote and I think it’s fantastic.

Every professional All-Star game is nothing more than just one more exhibition game that no one really cares about, especially the players. Perhaps an argument could be made for the MLB All-Star game actually meaning something in that the players do appear to be trying and the winner determines home field advantage in the World Series, no matter how dumb of an idea that is. However, when it comes to the NFL and NHL, the All-Star games are nothing more than farcical exhibitions with the largest goal being to not get injured.

I understand the idea of honoring a player who may have had a spectacular season. One might think that all the zeroes on their paycheck would be recognition enough. However, why not honor these accomplishments during the end-of-season awards, similar to gold glove, silver slugger, or Cy Young award? It would make more sense to recognize a player’s entire season rather than what they’ve accomplished in the first 1/3. Several times, we’ve seen players have an incredible start, get their first vote to an All-Star game, only to completely flame out by the time the actual game was played. They were an All-Star for a couple months, not the entire season.

The game means nothing. When a player has “All-Star” on his resume, no one cares how they did in the All-Star game. But when it comes time to negotiate a new contract, you can bet “All-Star” is highlighted, in bold. Can you imagine John Scott negotiating his next contract and getting an extra $300,000 because he’s an All-Star?

This Is Not The First Rodeo

It’s not as if this is the first time a concerted, viral effort has been made to support what was largely considered the worst option in a contest. The website VoteForTheWorst.com exists expressly for this purpose. Has anyone forgotten the campaign that Howard Stern spearheaded to keep Sanjaya Malakar on American Idol?

Blame It On The NHL

Whether it’s Marek and Wyshnyski supporting the vote or Kypreos and MacLean hating the idea of making a goon an All-Star, why direct any anger at the fans or at, heaven forbid, John Scott himself. The NHL spends a ridiculous amount of time promoting the All-Star game, with endless encouragement to vote for your favorite player. They even allow fans to vote 10 times a day. By allowing more than 1 vote per user account, the NHL encourages this hysterical lunacy. Why not call out the NHL for giving fans a vote at all? Is it because it’s nothing more than a popularity contest that pits fanbases against one another in an effort to do nothing more than bump up the numbers? It sounds like a much bigger deal when the NHL can announce a total of 17 million votes rather than 5 million votes. In the same way “paid attendance” is different from “scanned attendance”, it’s all about spinning the numbers to make a mountain of a molehill.

The NHL would be better served allowing only the media to vote so fans could have the opportunity to argue about who made it in and who got robbed. In the current scenario, you have fans stuffing the box while sports talkers, who barely talk hockey to begin with, are belittling the NHL and their fans.

If John Scott actually wins the vote, hopefully commissioner Gary Bettman and the NHL will correct this silliness and make a change. This game is supposed to be about recognizing individual accomplishments, not a popularity contest to see which team’s fanbase has the most time on its hands.