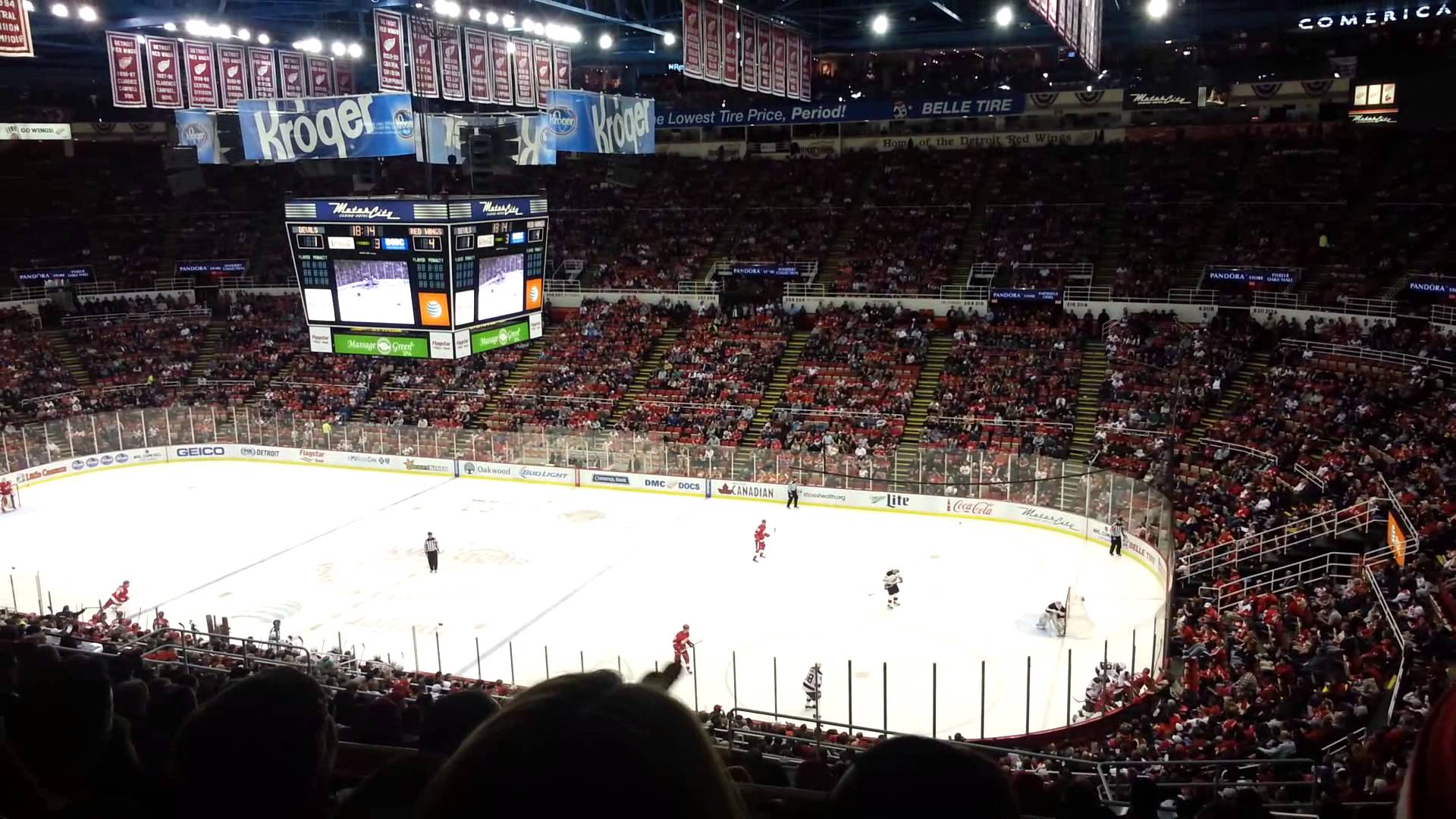 Today marks the final day of the 2016-17 regular season. It also marks the final day for the iconic Joe Louis Arena. Since the Detroit Red Wings won’t be making the playoffs, tonight they will be playing their final game at the Joe. Their impressive streak of 25 consecutive years for making the playoffs comes to end. All-in-all, it’s a bittersweet moment for Detroit fans.

The San Jose Sharks have had many battles with the Red Wings while they were still in the Western Conference, and the two had a very respectable playoff rivalry. Fun fact: I was born seven months after Jamie Baker scored what is now the second biggest goal in Sharks’ history.

In 2010, just months before I started following the Sharks, Patrick Marleau scored the OT game-winning goal in Game 3 on a feed by none other than Joe Thornton. The Sharks led the series 3-0 and would beat the Wings in 5 games of the Western Conference Semis.

Finally, 2011 would be the final time the two clubs would meet in the playoffs as Western Conference rivals. For the sake of Detroit fans reading this, the Wings did force a Game 7 with a win at Joe Louis Arena in what was a dramatic series that came down to the wire in the second round. However, Sharks fans will always remember Marleau’s goal and first point of the series.

I will always miss the great rivalry the Sharks and Wings had. Both teams showed they could bring it. Every game was playoff-like. I will always have respect for Detroit. Back-to-back Cup wins in ’97 and ’98 isn’t easy to do, nor is making the Cup Final two years straight in ’07 and ’08. Tonight, that legacy will come to an end, but it will never be forgotten. As Detroit (hopefully) looks to start on a new path to future success, I thank the organization and fan base for some great memories and great games over the years.

Speaking of the Wings fan base, I also want to give a shout out to my friends at Winged Octopus. They have some great content. They also have a podcast y’all can check out on YouTube, iTunes, and Google Play. Be sure to check ’em out and give them a follow on Twitter (@WingedOctopus). It would help them out and in turn they would do us a favor and shout us out, give us some more views and whatnot. So, there’s your shameless plug of the day. That said, best of luck next year and in the future at Little Caesars Arena.

P.S. I agree with Detroit fans and still think that Little Caesars should be renamed after Gordie Howe, AKA Mr. Hockey, but there’s probably corporate stuff behind that as there is behind everything.