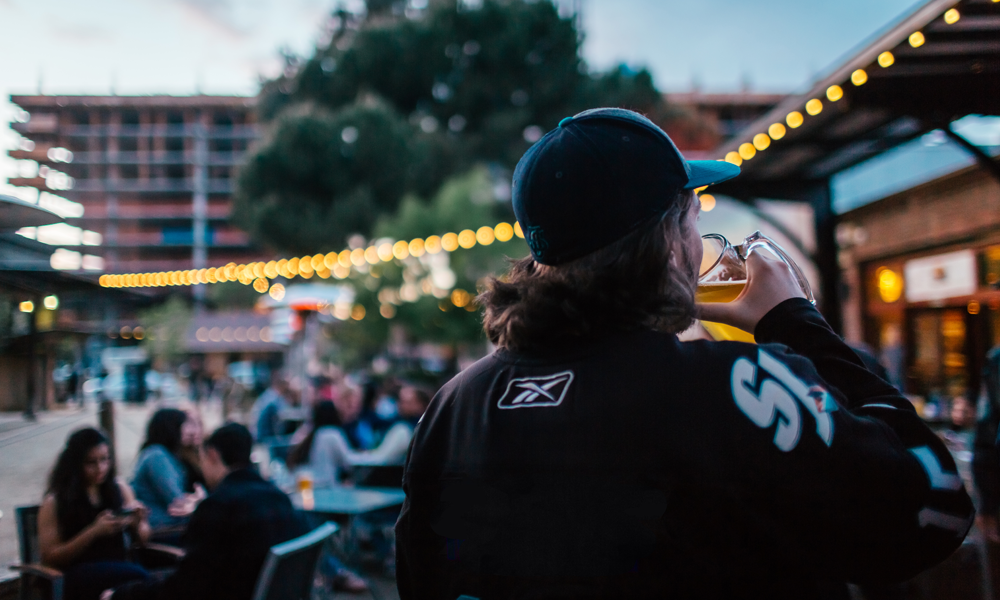 For those of you coming in from out of town to check out a Sharks game, here’s a small guide that should help you navigate to some of the cooler options that San Jose has to offer.

There are lots of choices downtown, which is just a short walk from SAP Center. Just off Santa Clara Street, there are several options to fill you up: 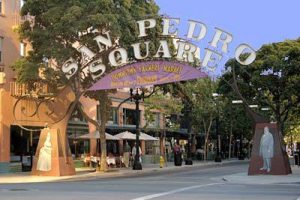 You would be hard pressed to find something you didn’t like on San Pedro St. The entrance arch is hard to miss, sandwiched between The Farmer’s Union and Starbucks. Along this block, you will find several options to choose from including:

If you’re in the mood to be one of the locals, you will head over to the Poor House Bistro, a New Orleans inspired joint that serves up spicy with a side of Blues. If BBQ is your craving, Henry’s Hi-Life is a must.

The teal-hued Sharkarita is the specialty cocktail served at the Shark Tank, but outside the arena, Silicon Valley is better known for its growing wine and craft beer scene. In addition to Gordon Biersch, local craft brewers with taprooms include Hermitage Brewing Co., Santa Clara Valley Brewing Co. and Strike Brewing Co. in San Jose.

As for just wanting a good selection of brew, just off Santa Clara St is Original Gravity Public House, a great place to sample craft beers from around California and beyond. ISO Beers and Floodcraft Brewing at Whole Foods also feature nice selections of various brews on tap and bottle. If a dive bar with an outside smoking are is more your speed, Patty’s Inn is a San Jose institution.

For wine lovers, J. Lohr and Coterie Cellars have tasting rooms near downtown San Jose, and there are several wineries nearby, including Testarossa, Kathryn Kennedy, Cooper-Garrod and Guglielmo. (www.santaclarawines.com; www.scmwa.com)

Other places to visit while waiting for the puck to drop include the Tech Museum of Innovation, the Winchester Mystery House, the San Jose Museum of Art, and the Children’s Discovery Museum. All but the Mystery House are in walking distance of SAP Center.

There are 1,500 parking spaces on-site and about 6,000 spaces available within a half-mile of SAP Center, which is on the western edge of downtown San Jose. The Valley Transportation Authority’s 22 and 522 lines serve SAP Center, and the Diridon Caltrain station — which includes Amtrak, ACE and VTA light-rail connections — is within walking distance. Visit www.511.org for trip planning information.

Yellow Checker Cab is the biggest taxi service, and Uber and Lyft operate downtown, too. On special-event nights, a fleet of pedicabs will cycle you around downtown for negotiable fees. If you feel like you’d rather be the one on the crank, there are several bike stations around downtown San Jose with Bay Area Bike Share. There is also no shortage of Lime and Bird scooters to get you around.

SAP Center at San Jose has announced it will implement a clear bag policy at all events beginning July 1. More details are on the SAP Center website, but the basics are: 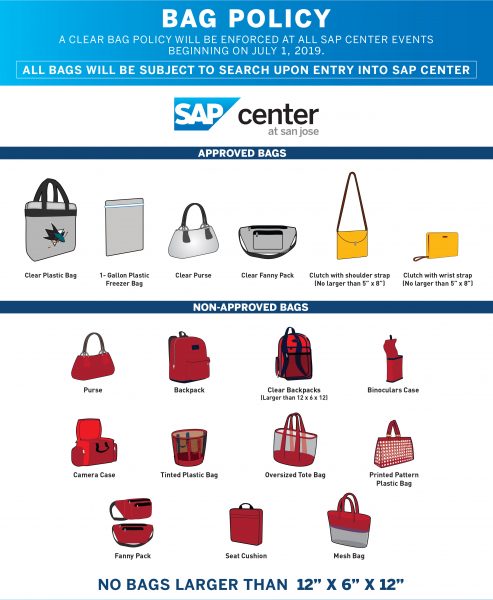 Once inside SAP Center, there are several food options to choose from including, Smoking Pig BBQ, Pizza Factory, Konjoe Burger, Hula Truck, Organic Coup, Cream, and the Classixx concessions that feature burgers and hot dogs. The Sharks also revamped their menu prior to last season with particular focus on the club level.

As for drinks, there are several beverage kiosks around the concourse that have the usual beer and wine suspects. However, the best selections can typically be found in the elevated concourse areas near sections 208 and 220 along with the north entrance bar near section 115.

As always, please remain seated while the puck is in play and don’t lean forward. You’ll ruin the game for the people behind you. 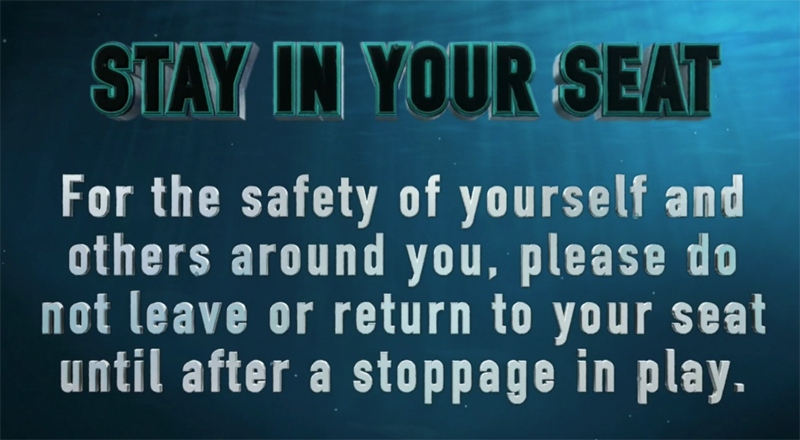