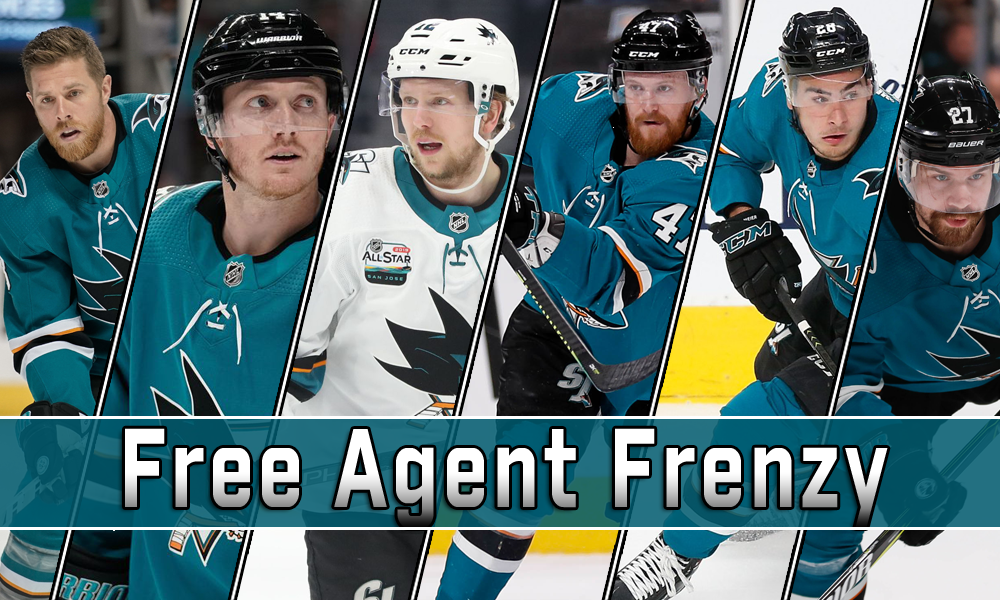 Once Erik Karlsson re-signed with the San Jose Sharks, and made EK65 the highest paid defenseman in the NHL, the writing was on the wall. There was no way GM Doug Wilson was going to be able to afford to keep Joe Pavelski in a teal sweater unless Joe gave Wilson a significant hometown discount. Instead, Pavs signed a 3 year, $21 million deal with the Dallas Stars. I hoped Wilson would be able to perform more wizardry to have Captain America return, but this was one trick Wilson could not perform.

“From being a seventh-round draft pick in 2003 to serving as captain of our team for the last four seasons, Joe Pavelski’s place in Sharks history is firmly cemented and he will be sorely missed.

Joe led by example, not only as a player but as a person, and the impact he has had on this franchise and his teammates will be felt for years to come.

Under a cap system, these extremely difficult separations are a reality and, unfortunately, we could not find common ground on dollars and term to keep Joe in San Jose. However, like many other players around the NHL, Joe has earned the right to become a free agent. We respect his decision and want to thank Joe, his wife Sarah and son, Nate, for 13 wonderful seasons. They will always be part of the San Jose Sharks family.” – Statement from Sharks General Manager Doug Wilson regarding Joe Pavelski 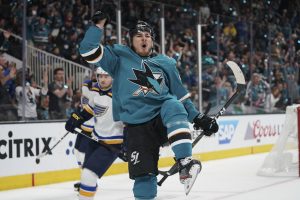 Despite many armchair GMs on twitter speculating about a forthcoming offer sheet that never arrived, Timo Meier re-signed with the Sharks for 4yrs at a $6mil AAV. Meier, 22, tallied 66 points (30 goals, 36 assists) and a plus-nine rating in 78 games, finishing tied-for-third on the Sharks in goals, fourth in points, sixth in assists, tied for fourth in power-play goals (6), and third in shots.

“Timo is one of only a few young, dominant power forwards in the NHL and we’re extremely pleased that he stepped forward to make this commitment to the Sharks,” said Wilson. “Timo has elevated himself into a core part of our hockey team and his play last season was a huge part of our success. We feel that his best hockey is still ahead of him.”  – Sharks General Manager Doug Wilson

Also returning to the Sharks is Tim Heed, who signed a 1yr, $960k contract. I’m a big Tim Heed fan and I thought Heed did an admirable job when Erik Karlsson was injured. I hope to see him thrive playing alongside Brenden Dillon on the bottom defense pairing.

According to CapFriendly, the Sharks currently have $7,882,583 in cap space. Obviously, some of that money is earmarked to sign forwards Kevin Labanc and Joe Thornton. Wilson must also decide what the future holds for Dylan Gambrell, who is currently an RFA but is waivers exempt. There is also the possibility of seeing Patrick Marleau return to the Sharks after being traded to, and bought out by, the Carolina Hurricanes. The former Sharks captain has made it very clear he would like to return to San Jose, if something can be worked out. While my money is on Marleau playing in the Pacific Division next season, I’m not laying odds on the color of the sweater he’ll be in. However, since I’m in a betting mood, I will bet the house that Logan Couture will have a C on the front of his sweater come September.

While having Karlsson, Brent Burns, and Marc-Edouard Vlasic as your top 3 defensemen is a very nice problem to have, obviously only time will tell if Wilson made the right decision. $11.5 million could’ve went along way to keeping Pavelski and Nyquist or making other moves. I imagine that if Erik Karlsson has any lingering injury issues during the 2019-2020 campaign, fans will be quick to point that out. Conversely, if there is a parade down Santa Clara Street next June, Wilson the wizard deserves all the credit.

Was this the right move for the Sharks? Let us know in the comments below.