Signing Patrick Marleau After 3 Games Is A Red Flag 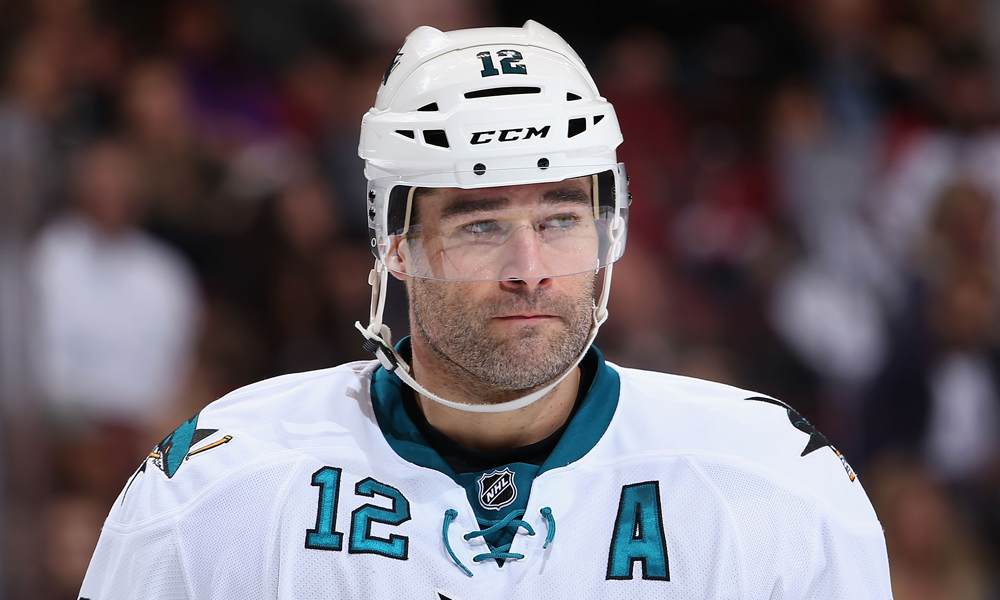 The following article is a guest contribution from Andy Man.

Speaking sentimentally, I think most San Jose Sharks fans were a little sad when Patrick Marleau left in the summer of 2017 for Toronto. He was ours. We drafted him. He developed into everything he was here. He met his wife here. All of his kids were born here. He was San Jose. It’s nice to have him back in teal.

When you’re trying to win, ideally, you’re targeting the guys you need to improve your team and the ability to win in the long term. Teams with designs of going deep into the playoffs are highly unlikely to target players who are simply nice to have on the roster. If general manager Doug Wilson and/or head coach Peter DeBoer felt the roster of forwards was good on July 1, the corresponding moves make sense.

Letting team captain Joe Pavelski, Gustav Nyquist, and Joonas Donskoi walk is understandable. If we have young kids who are ready to move up, from a cap standpoint and, to quote Doug Wilson, what’s fair to them, it makes sense to let those 3 go. This is especially true  as their combined cap hit in 2019-2020 is $16.4M. It stands to reason that by going young, there are inherent risks. Among other things, the rookies may start out slow and struggle to adapt to the speed of the game. However, the first few games should produce enough information for the coaching staff and management to feel a renewed confidence and ensure they chose the correct transitional path. If they realize they’ve made a mistake, quick action almost becomes necessary to save things before they go too far off the rails.

If the coaches and management felt the kids weren’t ready, letting those veterans walk was a poor decision. Even if the Sharks had traded nobody and tried to keep everyone but Karlsson, the numbers wouldn’t have worked to stay under the salary cap. That said, even if the Sharks felt the kids may be ready but could be just short, it would stand to reason that Wilson could target 1-2 veterans to bring in on cheap deals, in advance of camp, to ensure the Sharks have a solid line up, top to bottom. If there was any uncertainty that some of the youngsters weren’t ready, they would have brought in a couple guys on PTOs to make the youngsters earn their spots.

One of the longest tenured GMs in sports wouldn’t risk being without a chair to sit in when the music stopped. A head coach for nearly a decade, with 2 Cup finals appearances in that time, is unlikely to feel comfortable rolling rookies as a ⅓ of his forward group without knowing he’s got at least a few who are really ready for the NHL.

If Wilson or DeBoer felt the roster could stand to have some added veteran depth at any point in September, it would stand to reason either of them would look into signing or trading for a guy who could contribute 25-30+ points from the bottom 6 for a sub $1m cap hit. After Marleau was bought out by Carolina, and speculation began to heat up about a San Jose/Marleau reunion, Wilson thought enough of the rumors to quash them rather quickly. Wilson was quoted as saying:

“We feel that we have one of the strongest groups of young players that we have ever had, knocking on the door, and we have promised them that same opportunity to show they deserve a spot,” Wilson explained. “This takes nothing away from what Patrick accomplished here as a player and as a man. He will always be a San Jose Shark, no matter where he goes. But the team is at a different place right now and is continuing to evolve. We owe it to the players who have put the time in preparing for their opportunity to show what they can do.”

If there was an interest towards bringing in a veteran depth guy, or even Marleau himself, why would the general manager make that statement saying there wasn’t any interest on September 4?

After the first period of the October 8th game against Nashville, Wilson was interviewed on the radio with Dan Rusanowsky and Jamie Baker. About the signing of Marleau, he said “in today’s game, you realistically need a group of about 30 guys”.

If Marleau did not fit in the top 30 guys on September 4, or October 1 for that matter, why does he suddenly fit in the top 30 on October 8? And would that mean he’s now around 30th on the depth chart? If he’s in the top 21 overall, or in the top 12 for forwards, that indicates a significant issue on this team in more ways than one.

My point with all of this is there was a massive screw up somewhere in the organization. If Wilson made a mistake, it was in assessing the depth of the younger Sharks before July 1. This led him to overplay his hand with Karlsson and box himself out of the UFA market because of cap issues. Or, Wilson misjudged how much work was needed from the younger players to be NHL ready, which wouldn’t be entirely his fault.

If DeBoer and his staff made a mistake, it was their assessment of who was NHL ready along with which kids may require a little work to get to NHL ready during the first few weeks but were close enough to get the nod. Or, they simply didn’t adequately communicate to Wilson what players were needed (possibly by name) in order to contend for this seasons Stanley Cup. There’s also an outside chance that DeBoer and the coaching staff may not be good judges of who is actually NHL ready and this has factored into their current 0-4 record with just 5 goals scored and signing a 40 year old Marleau.

Either way, unless another 2 or 3 moves are coming over the course of the remaining week and signing Marleau is step 1, this is a problem. You don’t sign a UFA for no good reason after just 4 games during the first 6 days of the regular season. This signing was to fix something that someone (Wilson or DeBoer) felt was lacking. If you think it’s to address injuries the Sharks were hit by in the first few games, then the error is an insufficient number of NHL-ready forwards instead of what’s covered above and should have been addressed during camp, or before game 1 at the latest. At the end of the day, someone has rightfully earned themselves a pink slip. However, with Wilson firmly entrenched as owner Hasso Plattner’s right hand when it comes to hockey, and Deboer just signing a new multi-year extension, it’s rather unlikely that will happen.

What do you think about Marleau’s return to San Jose? Leave us your take in the comments below.