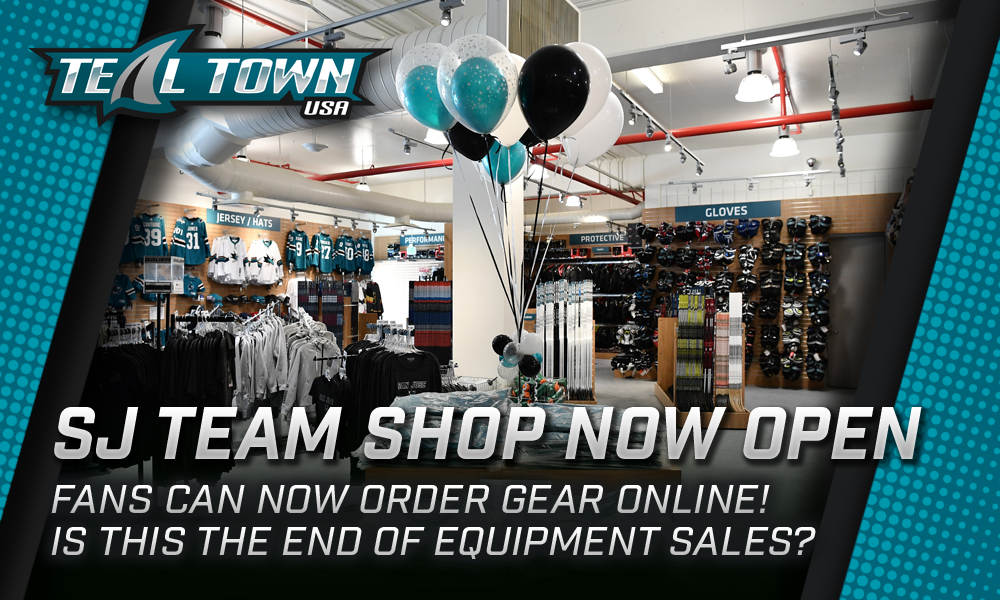 After months of waiting, SJTeamShop.com is now open for business. As we first reported in January, the Pro Shop at Solar4America Ice in San Jose was in process of launching a new website for Sharks fans to order gear direct. This is great news for out-of-market Sharks fans whose only way to get Sharks merch was to deal with the unreliable Fanatics-run site, shop.nhl.com.

The Team Shop has been in testing since March, but the site currently reads “We are now open for business”. The site even includes a breakdown of the letter stitching options available for custom jersey orders.

While poking around on the site, I did come across a few items of note. First, the stock for a wide variety of items appears to be quite limited. However, it’s safe to say that inventory is likely changing often as new items arrive.

Also, white authentic Adidas jerseys still look to be a rare find as the site has none currently in stock. There also looks to be a couple of duplicate entries with contradictive stock information, as the hoodie picture shows.

Could this new website mean a potential end of equipment sales? For the uninitiated, the Sharks generally hold an equipment sale following every season. Fans are able to pick up all sorts of items such as team-issued jerseys, sticks, pads, shirts, locker name plates, and a host of other items used throughout a typical season.

These annual events usually draw large crowds and even larger lines. In a post-Covid-19 era, could we see the Sharks move their equipment sales to online-only? And if the equipment sale is moved to an online-only format, it will be interesting to see how access is handled. Generally, there is a pecking order where corporate sponsors get the first opportunity for purchases. They are then followed by season-ticket holders and, eventually, the general public. As of now, I imagine anything is likely a possible option, but it’s great to see Sharks fans now have another option for San Jose Sharks gear.