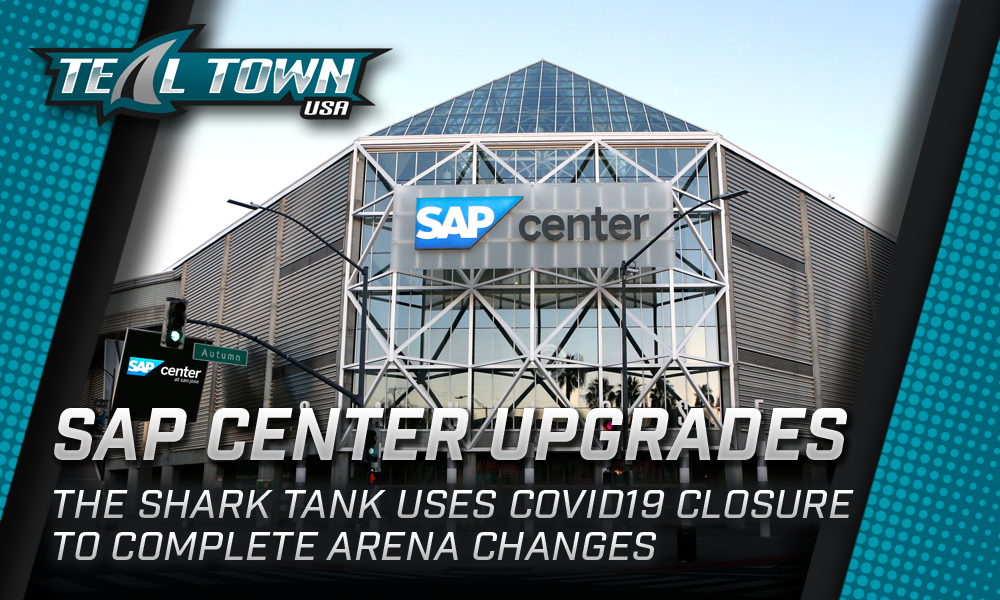 The San Jose Sharks have announced a series of upgrades to the arena currently underway. The Sharks were able to take advantage of the rare opportunity of having the venue closed for an extended time during the COVID19 pandemic.

While these might not be the sexiest changes to come to the Shark Tank, they are certainly needed and welcome. In previous years, the Sharks have changed out old seating, replaced outside stairways, and installed a new roof with a dehumidification system. For a building that’s nearly 30 years old, it’s still one of the nicest ones in the NHL. It’s also a sign of commitment from team owner, Hasso Plattner, that he’s committed to San Jose and ensuring the Sharks continue to have a top notch venue.

Along with changes noted in the tweet above, the Sharks were able to replace the escalators at the South entrance and flooring among other changes during the pandemic closure. There is no word on if they’ve added more beer tap lines, but I’m hopeful. We can also retract our previous tweet of a water slide installation that, oddly enough, some people took seriously.

We had heard rumors but it appears they’ve finally been confirmed.

The #SJSharks are replacing the escalator with a water slide at the South entrance. 😉 pic.twitter.com/7eTZ9KUECE