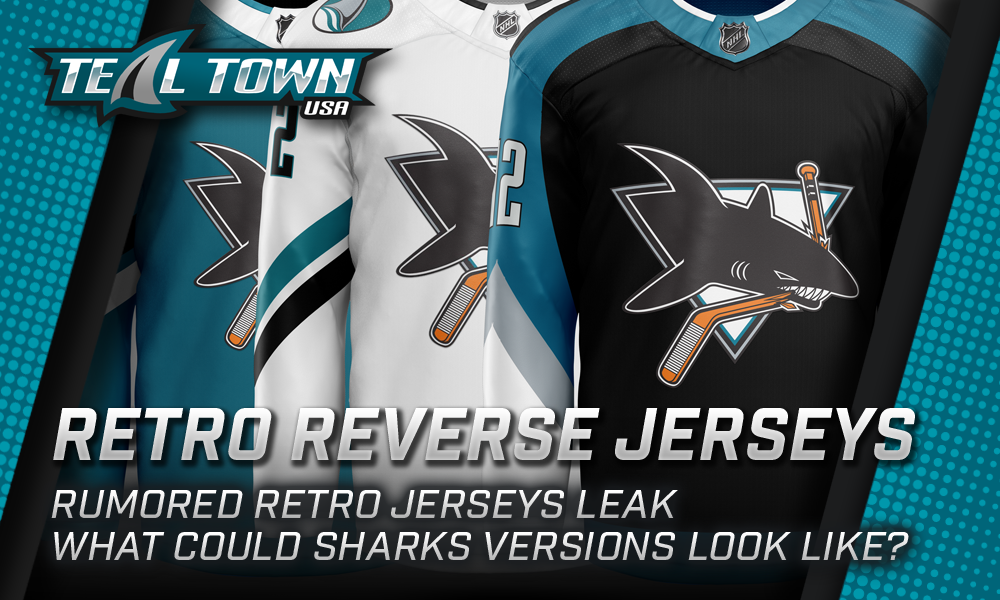 Last January, I wrote about the potential return of the old Sharks logo for the 30th Anniversary season. Now, that article was obviously written prior to Covid-19. As you can imagine, a pandemic can cause plans to change. However, in that article, I noted a particular tweet that mentioned every NHL team would be getting a throwback jersey.

News regarding the Minnesota Wild Winter Classic jersey as well as their future third jersey. And some very interesting news about potential throwback jerseys for all NHL teams… pic.twitter.com/JGZBX8d5lE

These rumors appear to have been confirmed this week as a retro reverse series of jerseys were released by Fanatics. Icethetics posted photos of Pittsburgh and Philadelphia jerseys that have leaked.

The idea behind both the Penguins and Flyers designs is that they have an old school design based on a prior jersey from the team’s history but the colors are inverted, hence ‘Retro Reverse’.

While we know that every team is getting a retro reverse jersey, including Vegas, we don’t know what they’ll look like. Based on team history, we’ve mocked up some potential ideas of what a San Jose Sharks retro reverse jersey might resemble. You may have already seen this Inaugural version if you looked at our warm-up jersey series.

But with next season being the 30th anniversary, would the Sharks put out a retro reverse of the inaugural AND a heritage jersey that are essentially the same? That’s probably unlikely since the heritage jersey was out just 5 years ago.

What if the Sharks instead focused on a retro reverse design that highlighted on the 2nd generation of Sharks jerseys, including the first black alternate in team history?

Again, the idea behind retro reverse is to take a jersey from the history of the team and invert the colors. While I prefer the inaugural version, I’d be happy to own any of these options. In fact, I’d bet the odds-on favorite is a black version of their first alternate jersey, picture above on the left.

With both a retro reverse series AND a 30th anniversary season on the horizon, will the Sharks release two new jerseys for the 2020-2021 campaign? Does the Stealth jersey stick around and we see the Sharks have 5 jerseys in the rotation? We’ll have to wait and see, but the possibilities look pretty crisp, as Hockey Jerk likes to say.