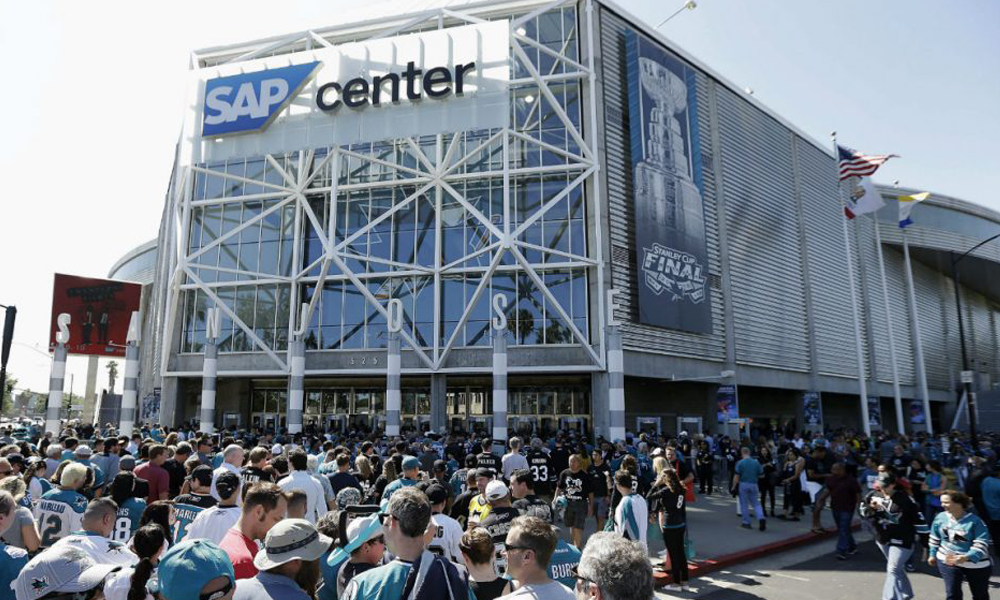 A year ago, we spoke with San Jose Sharks co-president, John Tortora, about the impact of the upcoming Google development, Diridon expansion, and arrival of BART to San Jose. We discussed how fans would be affected, how parking options may change, and John clarified some confusion among rumors by fans. A lot can change over the course of a year.

Today, an update to the Sharks’ FutureOfSAP website, and an article from San Jose Spotlight, is painting a very different picture from last November. Based on these changes, it appears the city, in conjunction with the Diridon Station expansion and Google development, could potentially force the Sharks out of San Jose.

Many fans, including myself, are asking the same questions. How was a new arena not built into the Google development plans? How can the city not work with the team that completely revitalized what was formerly a dilapidated downtown?

As a Sharks fan that has been going to games since the Arena opened back in 1993, I can tell you from personal experience, the Sharks were a godsend for the city of San Jose. Before the arrival of the Sharks, Santa Clara Street was a roadway you avoided. I remember going by the De Anza Hotel and seeing nearly every window broken. Over the last 30 years, events at the Shark Tank have drawn thousands. Those thousands spend a lot of money at downtown businesses like San Pedro Market. I can’t imagine San Jose business owners are too pleased to hear that the Sharks could be forced out, taking away 41 nights of stellar business every year. And what about pre-season games, playoff games, Barracuda games, and the concerts and other events that also contribute to their bottom line? Before COVID-19, it was rare for SAP Center to be dark on any given night.

As Sharks President Jonathan Becher has tweeted, the Sharks want to stay in San Jose. But does San Jose want the Sharks?

Let me be clear. We want to stay in San José at @SAPCenter. We are supportive of development and public transportation but must ensure guests will be able to safely and conveniently access the arena for #SJSharks games, concerts, and other events. More https://t.co/MK9C0t4dvY

The city of San Jose is seeking feedback regarding their DSAP plan here (scroll to the bottom of that webpage). You will also find other opportunities to provide feedback on the City’s Diridon Planning page, including a Community Meeting on December 3, 2020 at 6:30PM.

Next Monday, November 16, the San Jose City Council is scheduled to host a study session regarding Google and the DSAP from 1:00PM – 4:00PM.

Share your concerns with your local elected officials and ask them to ensure that City planners address the street capacity issues, parking shortfalls and construction impacts in a manner that does not jeopardize SAP Center.

Teal Tinted Glasses – What’s next for the Edmonton Oilers

Teal Tinted Glasses – What’s Next For The Pittsburgh Penguins

Teal Tinted Glasses – What’s Next For The Pittsburgh Penguins

Teal Tinted Glasses – What’s next for the Edmonton Oilers