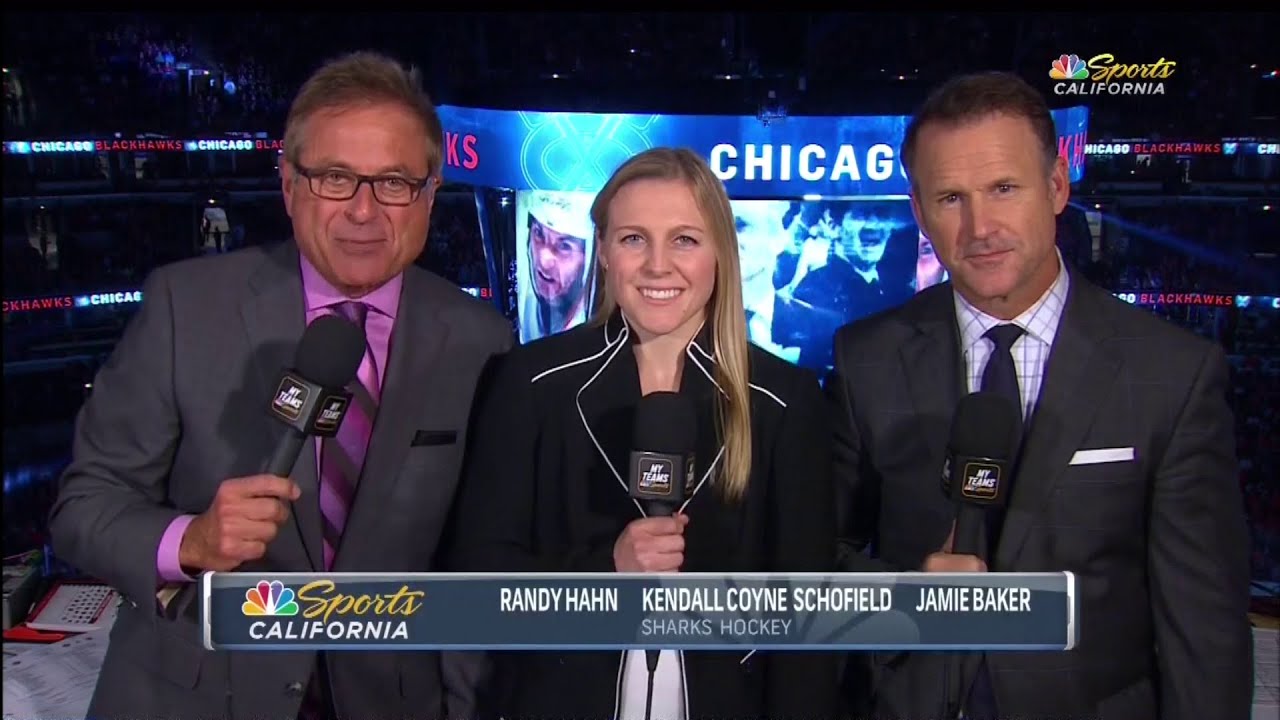 Yesterday, beloved former Sharks forward Jamie Baker announced he’s leaving the broadcast team. The Sharks released Jamie’s statement along with their own statement on Jamie Baker and what he’s meant to the organization. The move follows the departure of Kendall Coyne Schofield last month after spending last season with the broadcasting team.

Bakes began on the radio broadcast with Dan Rusanowsky and eventually replaced Drew Remenda, joining Randy Hahn on the TV side before the 2014-2015 season. Jamie admitted Remenda’s shoes were quite large to fill. In 2016, Jamie told me “I knew that first year was going to be rough. I was comfortable doing the broadcast but everyone loves Drew. I knew it would take time to win people over.”

I’ve been fortunate enough to meet and speak with Jamie Baker on many occasions. Whether it was speaking in person at a game or the times he was gracious enough to join our podcast, Jamie was always smiling and willing to share fun stories.

For those unaware, Jamie has had struggles with mental health. He courageously shared his story in an in-depth interview with Katie Strang on The Athletic (PAYWALL). Jamie also discussed his mental health battle during a very emotional segment during a Sharks broadcast.

While Baker’s statement contained no information for what Jamie has planned going forward,  a member of the production staff indicated that Baker is retired. Personally, I would be quite interested to see Jamie write a book. Between his start at St. Lawrence University, scoring the biggest goal in Sharks history during their first season in San Jose, maintaining mental health, and sharing stories from what happens when the mics aren’t on, I’d expect an entertaining page-turner.

As for the Sharks broadcast, there is no official word on forthcoming changes yet. It is expected that Bret Hedican will join Hahn full time on the TV side. On radio, several former Sharks have recently joined Rusanowsky including Mark Smith and Devin Setoguchi. Whether Rusanowsky does the broadcast solo or is joined by a new partner remains to be seen.

For fans hopeful for a return of Drew Remenda with Hahn, I wouldn’t bet on it. At least not while Hasso Plattner remains owner of the team.

I will really miss hearing Jamie on the call with Randy Hahn. The two really built a strong chemistry over their 6 seasons together. I wish nothing but the best for what his future brings.

Check out the most recent chat we had with Jamie below. The very candid talk we had occurred this past April, shortly after the season paused for the Covid-19 pandemic.