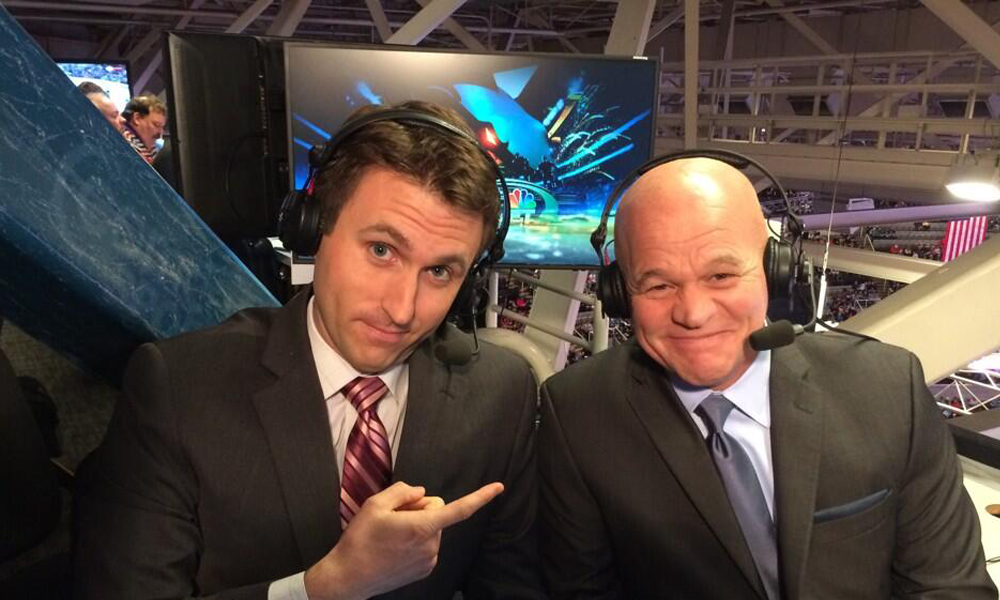 Earlier today, the regional sports network for the San Jose Sharks, tweeted that a special guest will be joining the pregame broadcast for the game against the Vegas Golden Knights on February 1st. Due to Covid protocols in Santa Clara County, what would be the first home game for the Sharks this season will be played in Arizona.

Remenda began his time with the Sharks as an assistant coach from 1991 through 1995. After calling radio broadcasts for the Sharks with Drew Rusanowsky, Remenda moved to the TV side in 1999. In 2006, Remenda parted ways with the Sharks to move to Hockey Night In Canada but would return to team teal the following season.

Following the 2013-2014 season, it was announced the Sharks would not be renewing Drew’s contract to continue as an analyst for San Jose. You can hear Drew’s take on what happened in the video below, starting at 3:43.

Remenda would go on to work games for the Edmonton Oilers for the following seasons, doing both color work for game broadcasts and as an intermission analyst. Earlier this month, it was reported that the Oilers declined to renew Remenda’s contract.

In a chat with Remenda less than 2 weeks ago, we talked with Remenda the possibility of returning to San Jose. Starts at 10:29.

Will we see Remenda join Brodie Brazil and Curtis Brown for the pre/post game shows? Well, we will for at least one broadcast. Could this lead to more appearances or his eventual return to the Sharks broadcast booth alongside Randy Hahn? Who knows, but it wouldn’t be the first time the longtime fan favorite came back for another round.