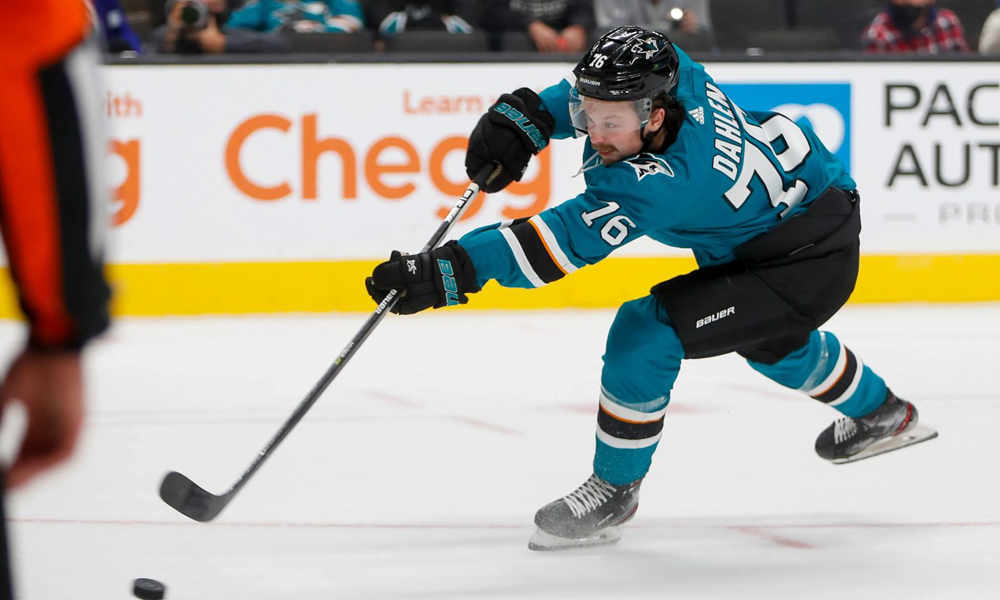 Part two the of the Sharks top prospects list features a couple of players that fans should expect to see in the NHL this season as well as some forwards that may be a few years away but could be worth the wait for their elite offensive abilities.

If you missed part 1, read about prospects 11 through 15 as well as some honorable mentions.

Today’s group of prospects starts with Santeri Hatakka, the first defenseman in this year’s rankings. There isn’t much flashiness to Hatakka’s game as he is generally a stay at home, responsible d-man who is trusted by coaches to shut down opponents top players. He won’t be expected to provide consistent offense but he does have a good first pass and strong skating abilities. For the past two season Hatakka has been playing against professionals in the top Finnish league as well as the best talent in his age group in the WJC tournament. During last year’s WJC, Hatakka logged big minutes for the Suomi and often stood out as their best defenseman. The questions with Hatakka are how will he adjust to North American hockey and how high is his ceiling. With the lack of much offense Hatakka doesn’t appear to be a top pairing defenseman but he looks like he could be a perfect compliment to a top d-man or fit the Braun mold and form a shutdown pairing. Hatakka will likely need some time in the AHL but he is close to NHL ready and fans shouldn’t be surprised to see him get some games with the Sharks this season.

Anton Lundell (@FlaPanthers/#12 in 2020) puts home the beaut of a pass from Santeri Hatakka (@SanJoseSharks/#184 in 2019) to open up the scoring for Finland!#WJC pic.twitter.com/eBUGLfMFN1

The time is nigh for Joachim Blichfeld. His situation is similar to that of Chmelevski in that it’s time to make the NHL team. He’s played the past two seasons with the Barracuda and has been very productive. Last season Blichfeld was nearly a point-per-game player in the AHL, scoring 12 goals and 22 points in 25 games. He has not succeeded in securing a roster spot with the Sharks though. During his short stint’s in the NHL Joachim has looked just ok. He is in danger though of being leaped by recent draft picks in the franchise. Blichfeld doesn’t have the game to be a bottom line forward at the NHL level. A quick and accurate shot along with hockey IQ are strengths for Blichfeld, but his defensive game is lacking and he is certainly not a physical player. With the added forward depth this season it will be tough for Blichfeld to grab a spot with the Sharks but when the inevitable injuries occur he needs to produce. This season will likely reveal whether the Sharks have a player who can contribute at the NHL level or if Blichfeld will top out as a dominant forward at the AHL level. I wouldn’t be surprised to see Blichfeld go back to Europe if it becomes clear he doesn’t have a role with the Sharks.

Jonathan Dahlen is finally back in North America! For the past two years Dahlen had returned to his home country Sweden where he played in the 2nd tier league attempting to elevate his beloved Timra.  Dahlen succeeded in carrying Timra back to the top tier, dominating the league by scoring 25 goals and 71 points in only 45 games. The former 2nd round pick by the Senators is looking to make the Sharks right out of camp this season. Some people even have him penciled into a top 6 role with Evander Kane’s uncertain future. Dahlen definitely has the offensive upside to make those projections realistic. It will be interesting to see where Dahlen ends up this year and how he performs following those seasons against lower level competition. Dahlen has a lot of skill, is a good puck-handler and even better playmaker. His future likely is in the top half of a lineup and based on his recent decisions to play in Sweden I don’t think he’d be afraid to go back if he’s unhappy in his role with the Sharks. Despite what seems like forever since he was drafted, Dahlen is still only 23 and with continued development could turn into a great acquisition considering the Sharks only gave up Linus Karlsson to acquire him in 2019. Making the Sharks lineup this season is very realistic if not expected at this point.

Tristen Robins is an exciting forward that has sort of flown under the radar despite being a second round pick. He followed up a dominant later portion of his draft eligible season with another strong, injury (and covid-19) shortened draft+1 season with Saskatoon. Tristen registered 10 goals and 23 points in only 16 games with the Saskatoon Blades. He also appeared in a couple of Barracuda games going scoreless. Robins absolutely has top 6 potential and he looked the part during the recent rookie tournament. His puck skills are very noticeable as he’s able to stickhandle through traffic and make quick moves to beat defenders. Tristen also boasts great vision and strong playmaking abilities. He’s likely more of a playmaker than a goal scorer but he does have a good shot so I would expect balanced offensive production out of him. Another detail that likely will help in Tristen becoming a full time Sharks player is his defensively responsible game. He is aggressive on the forecheck and can be relied upon in tough minutes against opposing teams top players. Where Robins plays for the 2021-22 season is still TBD. He is eligible to return to the WHL for an overage season but also able to play in the AHL. Tristen likely ready for AHL time so it’s really a matter of how patient the Sharks staff wants to be with him. Despite impressing the Sharks coaching staff in camp and pre-season so far, he likely is still a year or so away from being NHL ready. The franchise may want him to make the leap to full time AHL duties where they can keep a closer eye on his development. With some continued development he could be a top 3 prospect for the Sharks next season.

Daniil Gushchin, another pick from what’s looking like a stellar 2020 draft, comes in at the 6th spot. It was tough for me to put Gushchin above Robins as they’re both very talented players and Robins is probably a little bit closer to being NHL ready but the ultimate ceiling for Gushchin feels a little bit higher. Covid-19 has limited Gushchin to playing in the USHL which is a bit harder to evaluate compared to time he would have spent in the OHL. However the USHL was a bit stronger this past year and Gushchin absolutely dominated the league scoring 32 goals and 64 points in only 46 games, a drastic increase from the prior season. His puck skills are eye popping and Sharks fans saw what he was capable of during the shootout portion of this summers prospect scrimmage. That wasn’t the only highlight play by Daniil though, he had highlight reel goals throughout his season with the Muskegon Lumberjacks. Daniil will finally get the chance to play with Niagara of the OHL this coming season and it will be interesting to see what he can do against the higher level of competition. As he is already 19 years old I would expect him to have a productive season and this could a long way with helping project his development. Daniil’s ceiling could be that of a top line winger. The offensive abilities are there and he doesn’t appear to have any weaknesses that would hold him back. The puck skills, creativity, skating and hockey IQ are all top level and he appears to not be a liability defensively. Like Tristen Robins, a huge year could jump Daniil to top 2 or 3 prospect status within the franchise.