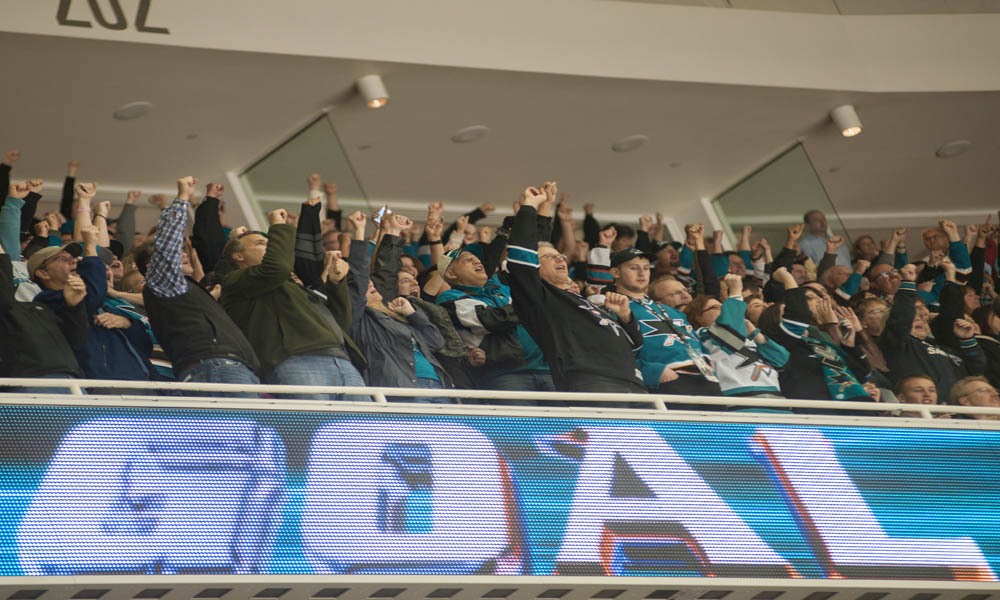 Today, Tomas Hertl let the cat out of the bag and announced that when the Sharks return to San Jose after the All Star break, players are getting personalized goal songs.

Hey guys something new is coming to the Tank! #SJSharks pic.twitter.com/jEbCTydpc5

This is not a surprising move as other franchises have done this too. Since the Sharks decided to no longer use Gary Glitter’s “Rock N Roll part 2”, the goal song has been a continuous debate issue among fans. During the 2015-2016 campaign, they tried using Sixx AM’s “Let’s Go”. While I maintain that would’ve worked had the speakers been adjusted correctly, it didn’t last the full season. I also maintain that any song would’ve failed in comparison to the long used and immensely popular Gary Glitter track

Get Ready For This

After trying out several options, the Sharks opted to go with 2Unlimited’s “Get Ready For This”. This was a nod to the beginnings of the franchise. Starting with their first games at SAP, this is the track the Sharks skated out to. However, the song is rather dated. It should be fun to see which song a specific player uses and give fans a little insight into their personality. It’s worked well as walk-up music in baseball.