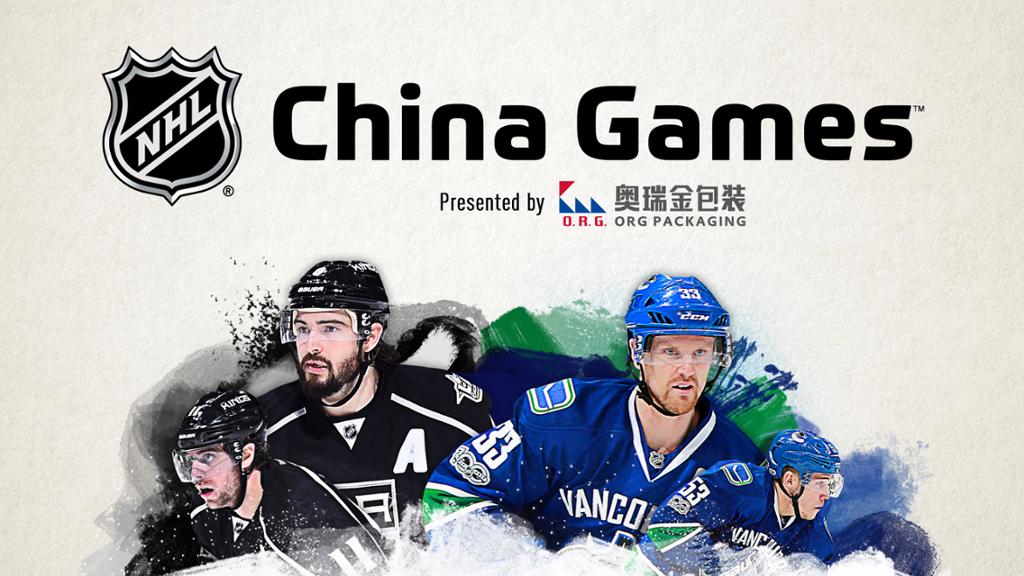 Last night, the NHL held a press conference in Beijing, China to announce that the Los Angeles Kings and the Vancouver Canucks will play two preseason games in China for the 2017-18 season. The first game will be on Sept. 21st at the Mercedes-Benz Arena in Shanghai, and the second will be on Sept. 23rd at Huaxi LIVE Wukesong’s le Sports Center, where the announcement took place. Now, regardless of both teams being rivals of the San Jose Sharks, this is huge for the league and hockey, partly because this is the first time the NHL has ever held preseason games in China.

I wrote an article bashing the NHL’s decision to skip the 2018 Winter Olympics in South Korea, but at the same time I can see why China would be much more attractive to the league. China has a crap ton more money than South Korea has to offer. There’s really no other reason other than the business perspective that the NHL would choose China over South Korea.

On a personal level, those who have met me at Sharks games or have seen my pictures on social media know that I am not 100% American. Sure, I was born on U.S. soil, but I’m technically an ABC, or American Born Chinese. My parents were born in Beijing. At the time, obviously China didn’t have nearly the luxury they have now. So from a personal view, I do feel a bit of pride especially since hockey isn’t China’s strong point.

This is also huge from a hockey perspective. The league is continuing to try to grow the game, and while I still thinking skipping out on South Korea is a mistake, we can’t do anything about it. That’s not our call. The NHL is still a business and we have to accept that. That being said, there are tons of opportunities to grow the sport in China. So while I won’t be cheering for either team, I will be cheering for the continued growth of hockey.