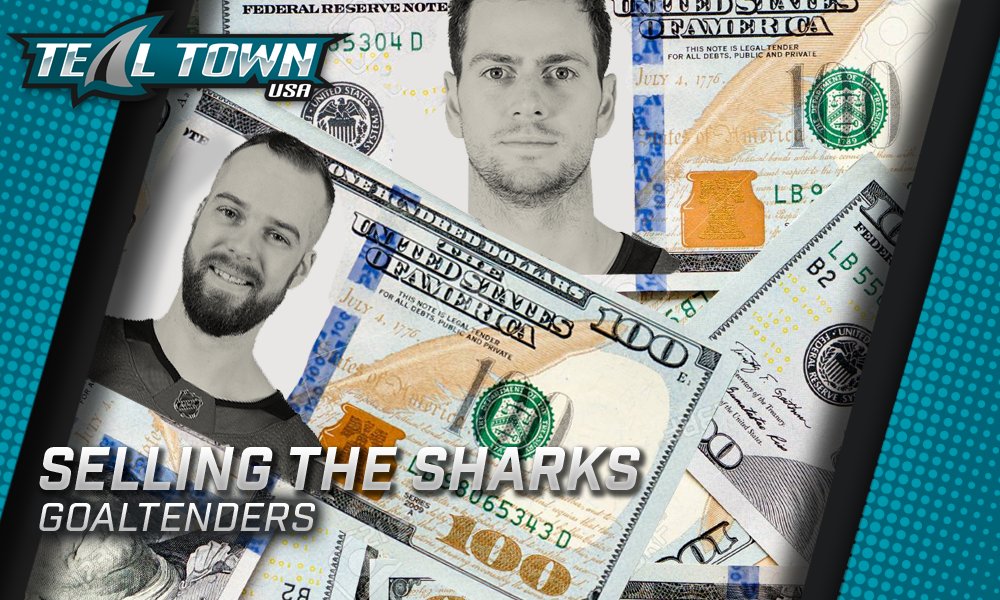 The season continues and the playoffs continue to look out of reach for the San Jose Sharks. So too does our series looking at the roster from the perspective of being sellers at the trade deadline. We now turn our attention to the teams goaltending as well as draw some final conclusions on the team and it’s future. All salary cap and trade clause information is courtesy of CapFriendly.

Since the coaching change, Aaron Dell has given the Sharks the best chance to win games. Since the coaching change, he has a 2.41 GAA and a save percentage of .924. In a what have you done for me lately league, one may believe that Dell has a lot of value with the deadline approaching. The reality is that goaltenders, in general, have little value in trades. In the larger picture, one could also make the argument that Aaron Dell has himself been overpaid as well.

It’s hard to imagine a scenario where Aaron Dell is moved at the deadline. However, it would be a mistake for the Sharks to return with Dell next season. Looking at the larger picture the Sharks could replace Dell in the offseason for a fraction of the cost.

Martin Jones has the worst contract on the Sharks roster at this time. Over the last two seasons, Jones has 3.02 goals-against average and .895 save percentage. Of players who have played 40 or more games, Jones ranks 48th in save percentage. This is an unacceptable return on investment for Doug Wilson. Now I’m sure I will be reminded that Jones was a big part of the reason the Sharks were able to win two playoff rounds last spring. This is true. Also true is that he will be a big part of the reason the sharks will miss the playoffs this season.

Goaltenders have little value in trade. Goalies underperforming on big tickets have next to none. Even if the Sharks were to retain the maximum amount of cap space allowed by the CBA, it’s hard to imagine a deal the Sharks could make. If the Sharks are going to escape this contract, and they should, it will likely be via a buyout in the offseason.

The Sharks thought they were entering this season as Stanley Cup contenders. Doug Wilson probably never imagined the Sharks would be in a situation where they would have to consider being sellers at the deadline. Thus despite not having a first-round pick that will likely be a lottery selection, the Sharks find themselves with very few movable parts. Doug Wilson will tell fans that the Sharks have a lot of flexibility because the team has significantly less no-movement clauses than in year’s past. On the surface, this is true. However, a player being able to submit a list of 3 potential destinations makes the claim a lot of smoke and mirrors. The reality is the Sharks are not even going to try and blow up the roster at this point anyway. There will likely be the selling of a couple expiring contracts for minor returns with a focus on next season.

The salary cap will certainly increase over the years to come which will aid the sharks going forward. Unfortunately, some of that cap space may be used by the Sharks to buy their way out of their current predicament (ex. A Martin Jones buyout). The best case for the Sharks is a retool on the fly. The problem is that the bulk of the Sharks players on long term deals are already in their 30’s. San Jose really can’t afford to lose one or two years to get this thing quickly on the right track. While this is not an option they are considering, in a full rebuild and they would still need at least another season to fully bottom out and further strip things down.

This is a mess that will take some time to undo. The question Hasso Plattner should be asking himself is should the man who made the mess be trusted to not only clean it up but also be trusted to pave a better path going forward?