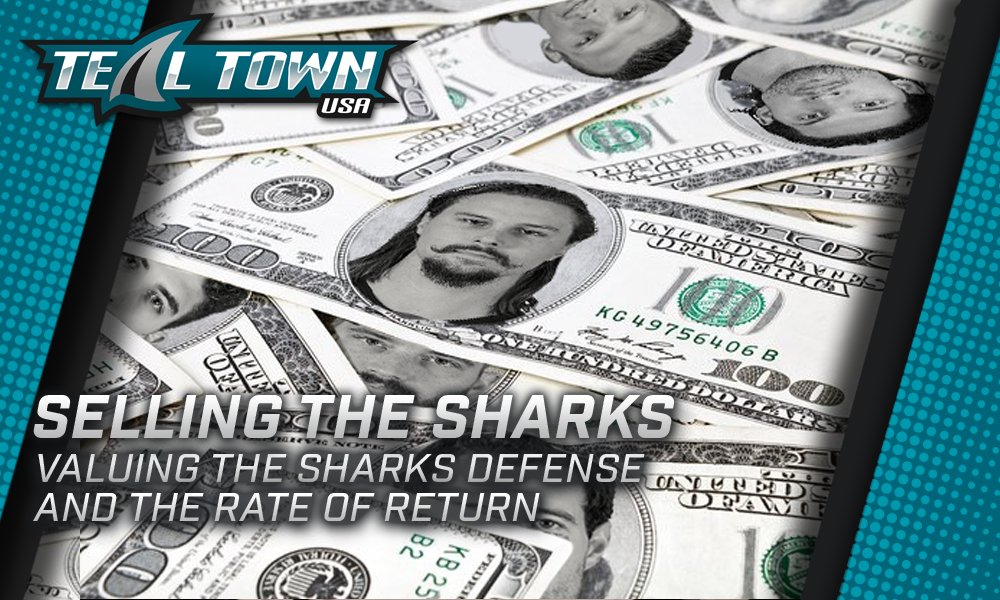 The current season for the San Jose Sharks has not exactly gone according to plan. Management expected this to be a team that would contend for the Stanley Cup. As it stands the Sharks will have to defy the odds in order to see any post-season play. The Sharks find themselves in an unenviable position. They don’t have their first-round pick so simply tanking is not an option. With the trade deadline fast approaching one would expect the Sharks to be sellers. This series will look at each roster player and not only look at how movable they are but should they, in reality, be moved. In some cases, we will try and guess at possible returns.

The idea of the Brent Burns contract when it was signed was getting the best years of his career at a decent price. The hope was that team success would make the later years of the deal more palatable. To be fair to Doug Wilson, many contracts around the league have been signed with this gambit in mind. The worst-case scenario for the Sharks was having similar cap problems like the Blackhawks without the Stanley Cups to show for it.

To say Burns has struggled this season would be an understatement. He is currently on pace for a 40 point season, his worst since 2013-14 (48). While his defensive game has never been the most sound, his point totals have always made up for it. The questions surrounding Burns and the Sharks are many. Is father time catching up with the former Norris winner? Can the Sharks afford the high-risk games of both he and Erik Karlsson? Most importantly, can the Sharks afford to have $26.5 Millon between 3 players that are in or about to be in their 30’s? The early results are a resounding no.

Moving Burns for value would be very difficult because of his age, the money and term left on his deal, and his no-trade clause. Burns can give the Sharks a list of three teams he would accept a trade to. The best-case scenario San Jose can hope for is getting a similar package the Sharks gave up to get Erik Karlsson. In reality, though, the picks coming back won’t be as good. If the Sharks are looking to part ways with the former Norris winner, they could wait until the Seattle Expansion draft. In that situation, you will give up the former Norris winner for nothing, but gain significant cap space.

Brenden Dillon could be a bottom 3 defenseman on most teams. He plays a physical game and is more known for his big hits and defensive play than his offensive game. He has 10 points as of this writing. As a player, Dillon likely has one, maybe two, big paydays left in his career, depending on the term of his next deal. He will likely command a raise over his current $3.27 M AAV. It’s not an issue of if Dillon will no longer be a Shark, but when.

Dillon is by far the most movable and valuable asset for the Sharks. His only drawback is he shoots left and in the NHL, right-handed defense generally fetches higher value in trades. The return for Dillon would be likely modest. However, unless the Sharks believe they are truly in striking distance to the playoffs, they have nothing to lose by gaining a few assets for an expiring contract.

This is going to be a simple entry. There is no reason under any circumstances the Sharks should even consider moving Ferraro at this point in his career. With the Sharks cap situation being what it is, especially on defense, San Jose needs players who can play quality minutes while not making a lot of money and Mario Ferraro perfectly fits into that description. He is also one of the few prospects the Sharks have with real NHL upside.

Tim Heed is one of the most interesting players on the Sharks roster. He is valuable enough to the team that they’ve never placed him on waivers, but he had an incredibly short leash under Peter DeBoer and only a slightly longer one under Bob Boughner. In his limited role with the Sharks though, the points have not been there and, because of this, his value has probably never been lower.

San Jose could probably move Heed for a later round draft pick. With this in mind, the Sharks are probably better off keeping Heed in the fold. Either in case of an injury or to play if/when Dillon is moved. After July 1st though, neither he nor his agent should answer any calls from the Sharks front office.

Aside from Martin Jones, there is no more polarizing figure among Sharks faithful than Erik Karlsson. Karlsson was supposed to be the final piece that would get the Sharks their first Stanley Cup while the roster was as good as it would ever be last season. To his credit, they made it to the conference finals although injury really prevented Karlsson from being the game-breaking player he had been in the past when the Sharks needed him most.

With the season progressing as it has, there is going to be much debate over why the Sharks have fallen as fast as they have and what role the Karlsson contract will have played. For the purposes of this article, though it’s very simple. He’s not going anywhere. It’s not that I don’t think that even with the season he has had, and the money he is making, you wouldn’t find a partner. The Sharks likely could although they definitely would be selling at a loss. It’s simply that if Doug Wilson asked him to move his no-movement clause this soon into this contract, it would be absolute career suicide. How, as an owner, under the advice of your general manager can you sign off on a contract worth $92 Million dollars only to try and get out from under it in less than a year’s time. The answer: you can’t.

It’s not hard to see why Sharks fans are in love with the physical Czech defenseman. He plays a steady defensive game and hits like a player who is larger than he is at 5’11”, 200 lbs. It is because of his play, and that of Ferraro, that has made Dillon so expendable at this point in the season. I do feel, however, that Sharks fans overestimate his monetary value. Simek is definitely due a raise on his current contract and he is an unrestricted free agent at seasons end. Anything over a $1.5 M AAV on a short term deal would likely be a significant overpay.

Alone, given his short NHL tenure and injury history, it’s hard to see the Sharks fetching more than a later round pick for the defender. It would make the most sense for the Sharks to keep him provided they don’t overpay him to stay in free agency.

This deal is similar to the Brent Burns contract in that alone it isn’t a terrible contract. As with all the Sharks 30+ contracts, the hope was early team success would make the later years “worth the pain”. Vlasic’s previous deal was also a serious team value for the steady, stay-at-home defender.

Vlasic, much like every veteran on the team this year, has had better seasons. While ‘Pickles’ has never been known for his offensive upside, he is on pace for 18 points, his lowest point total in a decade. On the defensive side of the puck, he has also struggled at times with the rest of the team.

As with the other big three defenders for the Sharks, the money and term would make for a hard sell to another team. That is, of course, if Vlasic agreed to be moved and I don’t see that happening at this year’s deadline.