Head Trauma, An Inside Look at the NHL’s Concussion Epidemic: Part IV 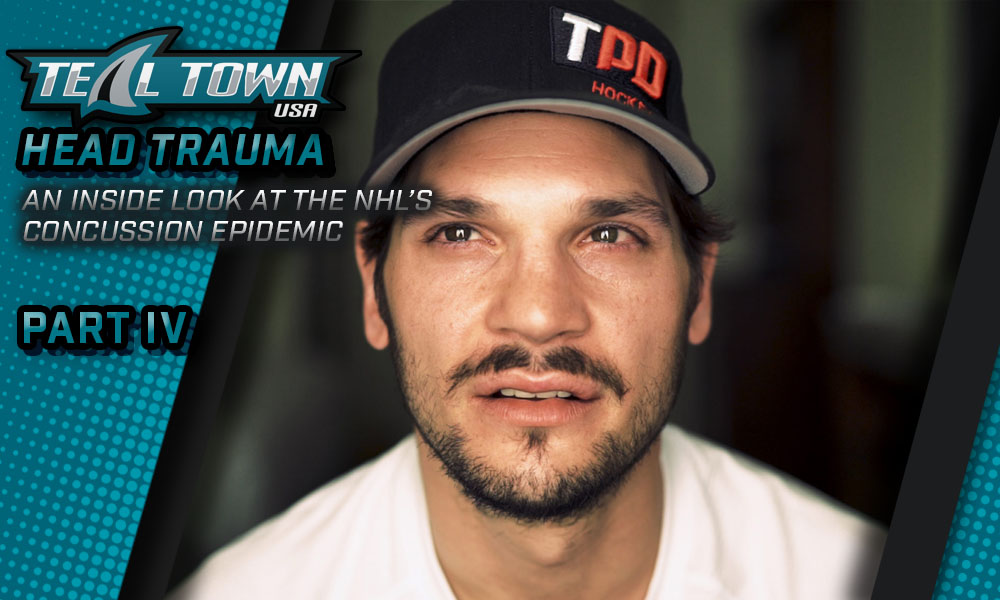 Concussions have long been a huge issue that has still yet to be properly addressed by the National Hockey League. This is the conclusion of Head Trauma.

Over the course of this season, I talked about the devastating after effects of concussions sustained in hockey. This is a very physical sport, and one of the fastest sports on the planet. If you combine those two elements together, you’re undoubtedly going to get a lot of collisions, some nastier than others. However, there comes a point where you have to draw the line. How do you properly set the standard where you still have hockey being played while also considering player safety?

That is a question that gets asked every time a dangerous play occurs. It is a question that doesn’t just apply for CTE, but also other types of gruesome injuries. Concussions are an issue the NHL has failed to address time and time again, and continues to deny day after day. Look no further than the questionable hits that the Department of Player Safety looks at for certain games. The inconsistency of the punishments handed out, whether they’re fines or suspensions, aren’t helping to set a clear standard for the players as to what types of plays are allowed and which are not.

Beyond player safety is the topic of hockey culture, the “Old Boys’ Club”. Traditionally, players are used to the grind of the NHL. That includes the fights, the questionable hits, and the blocked shots. But at some point, the toxicity of hockey culture rears its ugly head and takes a toll on its players, both physically and mentally.

At the end of the day, there are players who have found ways to successfully cope with their mental illnesses that developed from playing hockey, and those who ultimately — and unfortunately — succumbed to their issues. Those who are still with us have lived to tell their stories, whether it’s the Jamie Bakers, Devin Setoguchis, Daniel Carcillos, or Robin Lehners of the hockey community.

The Ongoing Fight Against CTE

The topics of concussions and player safety aren’t things that are just going to disappear overnight. It’s a constant thing that will always be talked about, especially for the NHL, until they take the CTE issue more seriously. Even then, I would imagine that the conversation will continue so that no one forgets about how important taking care of the brain is. A lot of thought processes happen in the brain, both concerning and not concerning athletics. It is such an important part of the body, which is why concussions are a major issue in sports. As we have also talked about, concussions play a big role in the issue of mental health.

Head Trauma, An Inside Look at the NHL’s Concussion Epidemic

I hope you guys enjoyed this article series. This has been an ongoing project I’ve wanted to work on for a while and never really figured out how I wanted to put this together until this season, when I felt like I had done enough research to talk about it. If you want to go back and reread the other parts in this series, here’s Part I, Part II, and Part III.

I also want to know your thoughts on the issue of concussions and player safety in the NHL. Should the NHL be doing more to help reduce the risk of concussions and make the league safer? If so, what are some ideas you have in helping accomplish that goal?