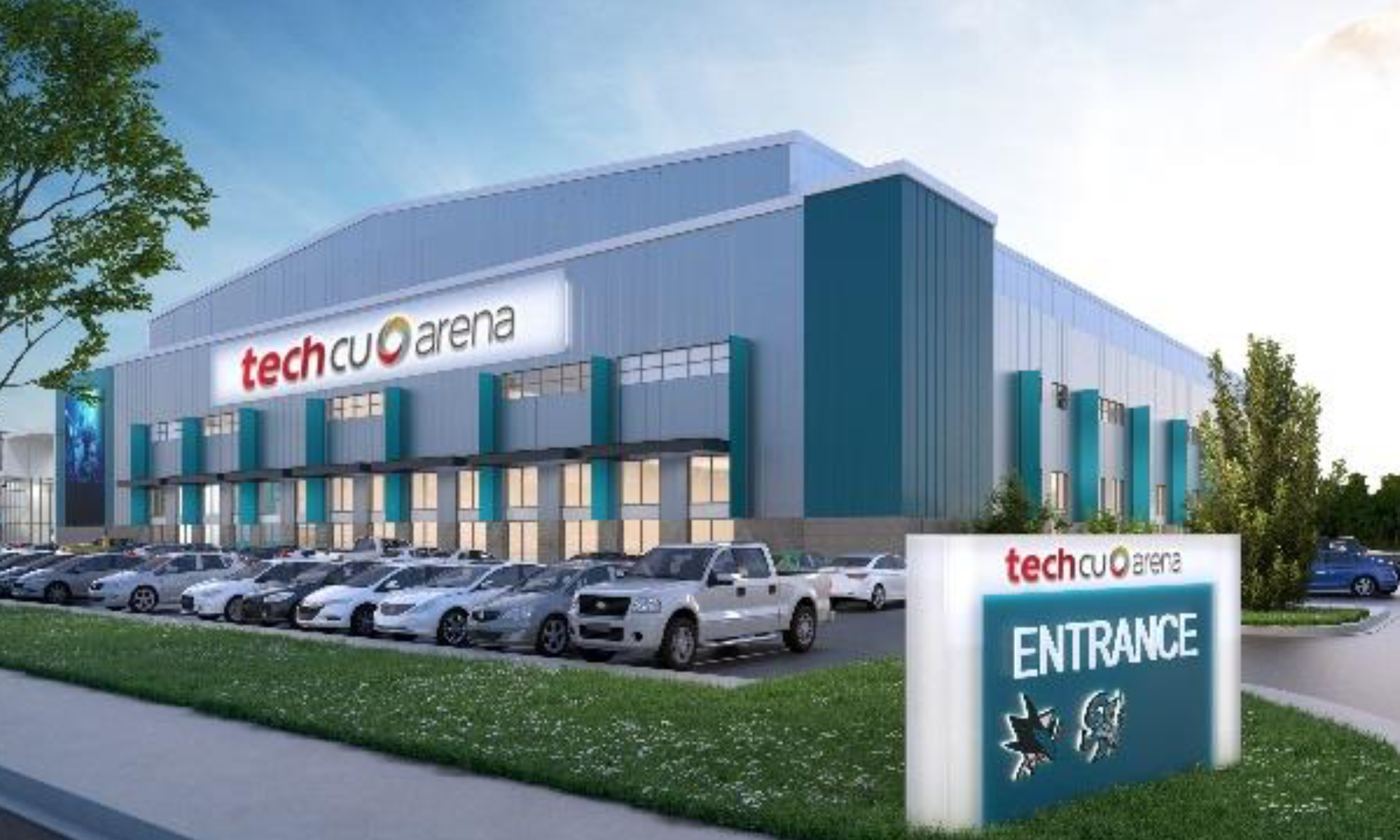 After finally being approved by the San Jose City council earlier today, the name of the new Barracuda arena at Sharks Ice can finally be revealed. The Cuda will be moving from “The Tank” to “The Tech” as Technology Credit Union has secured naming rights for the new venue, Tech CU Arena. The agreement with Tech CU is a 10 year deal for the currently-under-construction, 4200-seat venue. 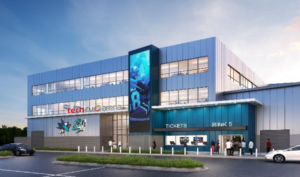 “We are thrilled to announce this landmark partnership with a pioneer of the Silicon Valley,” said Brian Towers, Vice President, Sales & Service for the Sharks. “Tech CU is an award-winning financial institution, with an unwavering commitment to exceptional experiences for its members. Its role as a philanthropic leader in the San Jose community make it an ideal partner to open this state-of-the-art arena.” The partnership between Tech CU and SSE also includes presence at SAP Center at San Jose with in-ice branding, ATM locations, and co-promotional activities.

Tech CU Arena is the crown jewel of a 200,000 square foot expansion of the Sharks Ice at San Jose public skating facility and will become the new home of the San Jose Barracuda. The venue is scheduled to open in August of 2022, in time for the start of the 2022-23 AHL season. A multi-level, multi-purpose arena, the Tech CU Arena will include locker rooms, training facilities and executive office space for the Barracuda, an in-arena video board and LED display, 12 premium suites, eight loge boxes, one theatre suite, a 46-person party deck, three bar locations including one at ice level, seven food concession stations, a press room and press box and two team merchandise stores.

The 2022 Rookie Faceoff will take place Sept. 16-19, 2022. The tournament was held in Arizona in 2021, Anaheim in 2019 and Las Vegas in 2018. This past year’s tournament featured several current Sharks players including Jasper Weatherby, Ryan Merkley, Santeri Hatakka and Artemi Kniazev.

In January 2020, the San Jose City Council unanimously approved the 200,000 square-foot expansion of Sharks Ice at San Jose, adding two additional recreational ice sheets to the facility, increasing the building’s total ice sheets to six and doubling the facility’s footprint to just under 400,000 square feet. The expansion will make Sharks Ice at San Jose the largest ice facility in the United States and will be LEED-certified Silver when complete with a focus on green building initiatives including Bloom Energy cells, high efficiency LED lighting, electric Zamboni, and electric vehicle chargers.

In addition to serving as the official practice and training facility for the Sharks and the Barracuda, Sharks at San Jose also hosts the San Jose State University Spartans hockey team, the Jr. Sharks hockey program, the Peninsula Figure Skating Club and the Silicon Valley Curling Club.