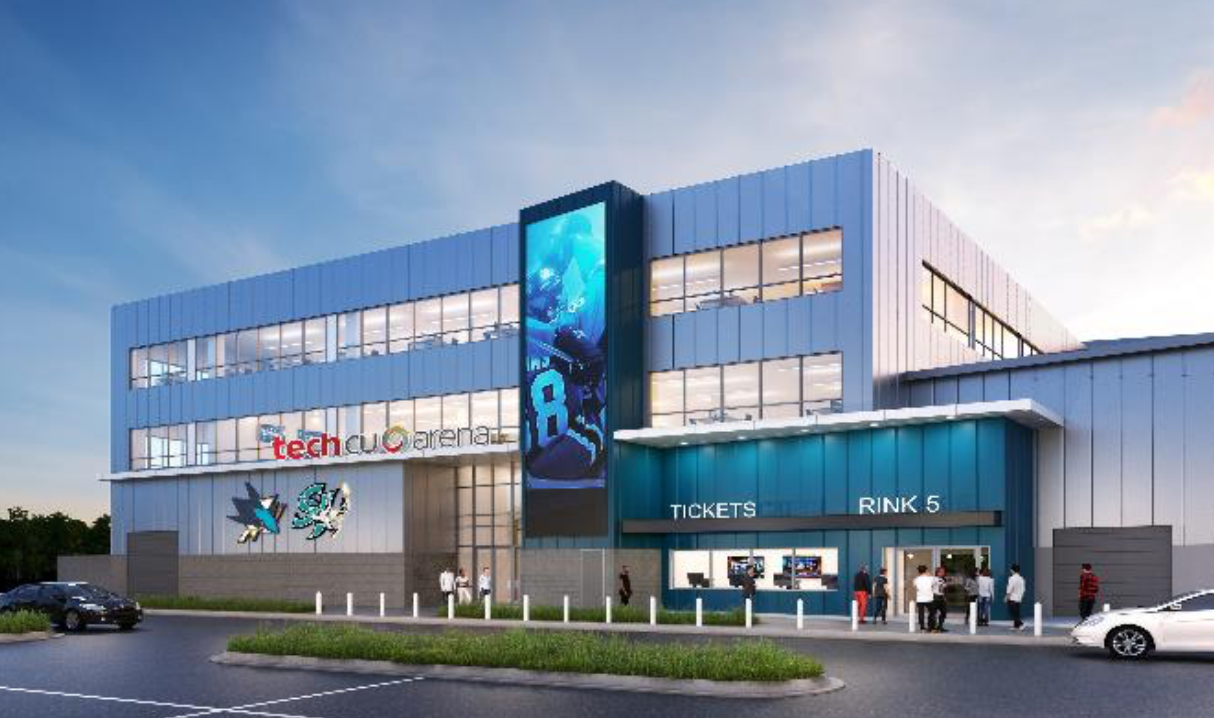 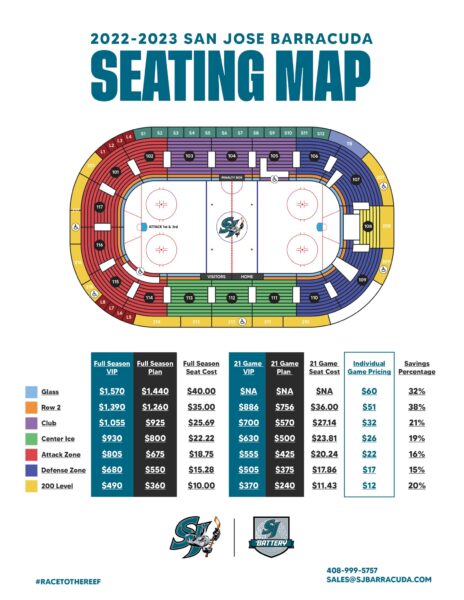 Eric also shared details about marketing the team. “There hasn’t been a lot of interaction with players. There hasn’t been a lot of behind-the-scenes access. You’re going to start seeing meet-the-team events, player events, and autograph signings. You’ll see the players in the community a lot more than they have been in the past. You’re really going to get what you pay for.”

There won’t be a general admission area in the new 4200-seat venue, but Eric stated “there’s a price point and a ticket plan for everybody.” A section dedicated for use by Sharks365 season ticket members is also in the works. “It’s the same set-up that’s currently in place”, said Eric.

As for the unused ticket policy, 12 and 21 games season ticket holders will need to give 24 hours notice that they’re unable to attend a game and they can choose an upcoming game instead. Eric also noted that there will be no blackout games that fans wouldn’t be allowed to select. “It’s nice flexibility for the fans.”

At SAP Center, the organization controls lots A, B, and C. While there is parking on-site at Sharks Ice, it’s also a recreational facility in need of league parking. Details are being worked out, but the San Jose State parking garage across the street from Sharks Ice will be used and season ticket holders will receive discounted parking. Parking will typically be $10, but fans can prepay and get a code for $2.00 off.

“Fans that have full or half-season tickets will be able to purchase full season parking in the garage at a reduced rate.” Details of what the reduced rate will be are still being worked out.

Eric mentioned a dedicated area for coffee and breakfast-type food that will be near the main entrance to the facility when discussion turned to food and drink options. “You can expect some of the classic staples you’re familiar with. We have 12 different locations where you can get food.” Grab-and-go options similar to what SAP Center rolled out this season will also be available. What about beer? “You will also see some robust and well-rounded options when it comes to beverages. We have a few craft beer partners that have already signed up.” Eric also said they plan to take things a step further with events such as a “Hockey & Hops” beer sampling gathering.

As for the popular $1 dogs and $3 beer nights, Eric confirmed those promotions will continue along with family packs. Other plans include potentially bringing in live music artists to play before and after games. “You can get a ticket to a game, enjoy some live music before the game, stay for the hockey, enjoy yourself and then maybe go to Calder’s.” Calder’s is a new restaurant/bar that is part of the expansion, similar to Stanley’s.

Conversations are also on-going with San Jose State and the San Jose Giants with regards to college nights and cross-promotions. For any fan of the Giants, you’re already familiar with their churros and Turkey Mike’s BBQ. A lot of marketing towards families is also on the docket.

Hosting marquee events is a big part of the plan for the Barracuda’s new barn. Eric stated “we’re working on something for 2024 that will have the hockey world gravitating to San Jose and this arena.” Could this mean hosting the AHL All Star game or perhaps something even bigger? We’ll have to wait and find out.

We’ve noticed over the course of this season that the color orange has all but disappeared in the marketing materials for the Barracuda. With this new arena, it affords the opportunity for a refreshed look so we asked if fans could expect changes to the jersey or logo to start the ’22-’23 season.

“You can expect to see 3 different jerseys for the Barracuda next season.”

Fans will see a jersey reveal at some point over the next month or two. If scheduling allows, the jersey and updated logo reveal will tie in with a arena naming announcement press event. “You might see slight changes to the logo and there are variations that have never been used before.” You may remember the Barracuda made slight changes to their logo and jerseys in 2018. 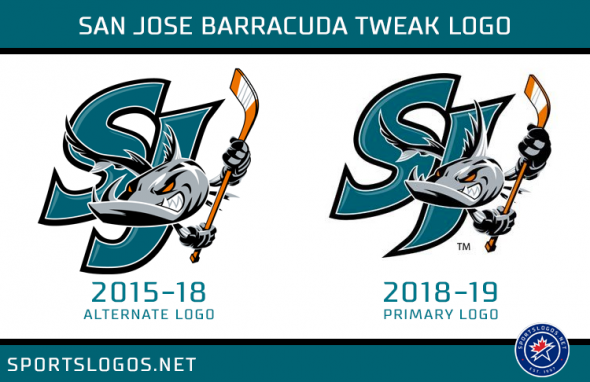 Besides a revamped home and away jersey, fans will see an alternate jersey that features a new logo that has never been seen before. “It’s a very subtle logo that I think people are really going to like. Someone at the AHL office said that this jersey is the sharpest one they’ve seen in their 20 years with the American Hockey League.” If the rumors prove true, there could be up to 5 new jerseys in San Jose next season. Aside from 3 new Barracuda jerseys, the NHL is planning Reverse Retro 2.0 for next season. You may also remember San Jose Sharks president Jonathan Becher hinted at a 5th Sharks jersey during one of our last chats, perhaps a white heritage design.

On some occasions, Comcast/Xfinity exclusively televises San Jose Giants games. We asked if the Barracuda would consider a similar agreement to get Cuda games onto TV. “We’re currently working on a contract with a pretty big local station to have 8-10 of our home games broadcast during the season. Most people will be pleasantly surprised to know it’s a station they probably regularly watch.”

Could that mean NBC Bay Area? What about KRON 4 or original Sharks TV home, KICU? I think the smart bet is the current home of the Sharks, NBCS California. It just makes too much sense to broadcast games on the sports network you’re already working with.

With a new arena, a refreshed look, and upcoming names like Gushchin, Robins, Coe, Gaudreau, Weisblatt, and others on the horizon, next season and beyond should be a fun and entertaining time.

“We’re excited to refresh the franchise. The new arena is going to be everything that people have wanted.” – Eric Grundfast