Teal Town Analysis: San Jose Sharks Will Need Youth to Step Up in 2017-18 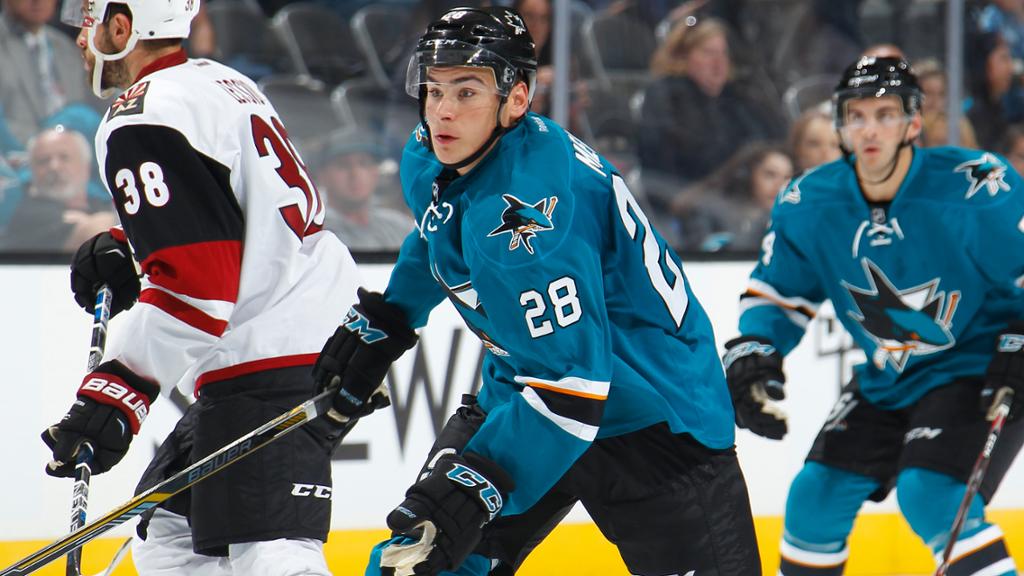 Coming off of a disappointing first round exit against the Edmonton Oilers, the San Jose Sharks went through a critical offseason that saw much of their core return, with Patrick Marleau being the lone exception as he is now with the Toronto Maple Leafs. Replacing Marleau is no easy task as he’s still one of the fastest skaters in the NHL. He left San Jose after 19 seasons in teal, and holds the franchise record for most games played (1493), goals scored (508), and points (1082).

Thornton comes off a bit of an underwhelming final year of his contract where he finished with 43 assists and 50 points, which is down from the 82 points from the 2015-16 season. He suffered a torn ACL and MCL in a game against the Vancouver Canucks on April 2nd, and battled through the injury in the first round against the Oilers.

Vlasic is currently entering the final year of his previous contract in the upcoming 2017-18 season. He finished the 2016-17 campaign with 6 goals and 28 regular season points, and only 3 playoff points.

Bollig spent three seasons with the Blackhawks and four with the Rockford Icehogs of the American Hockey League. He spent the last three seasons between the Calgary Flames and Stockton Heat, totaling 31 points (11 g, 11 a).

In addition to Patrick Marleau being a Leaf now, David Schlemko was lost to the Vegas Golden Knights in the expansion draft before getting traded to the Montreal Canadiens. Mirco Mueller, who was drafted in the first round by the Sharks in the 2013 Entry Draft, was traded to the New Jersey Devils.

Filling the Holes to Contend for Another Deep Run

With the loss of Schlemko, the Sharks have a hole to fill next to Brendan Dillon on the third defensive pairing. Will Dylan DeMelo serve next to Dillon? Or will it be Joakim Ryan or Tim Heed?

Despite re-signing Thornton as part of an offensive core that includes captain Joe Pavelski, Logan Couture, and Brent Burns — who won the Norris Trophy as the League’s best defenseman, the Sharks are going to need more than just the usual suspects to contribute on the scoreboard. They’re going to need to rely on their depth scoring and youth if they want to have another deep playoff run. That means guys like Chris Tierney, Tomas Hertl, and Melker Karlsson — just to name a few — are going to have to step their game up and be better than they were last season. There will most certainly be some young players like Timo Meier, Marcus Sorenson, and Kevin Lebanc from the Barracuda competing for roster spots, so the NHL regulars will need to get their heads on a swivel.

How Do the Sharks Stack Up Against Others in Their Division?

The Pacific Division hasn’t changed much on them. The Anaheim Ducks are still a lock to be in the top 3. The Los Angeles Kings‘ playoff hopes are essentially over. The Arizona Coyotes made some moves but they have competition with Calgary and Edmonton. The Vancouver Canucks really didn’t get much better. Though there’s not much competition and I think they will contend for the postseason, the Sharks aren’t guaranteed a playoff spot. Especially when you lose a forward as significant as Patty Marleau is, everyone has to play as a unit and score by committee. Over the years I’ve emphasized how important it is to play well as a group. There’s never been a more important time for that to happen.