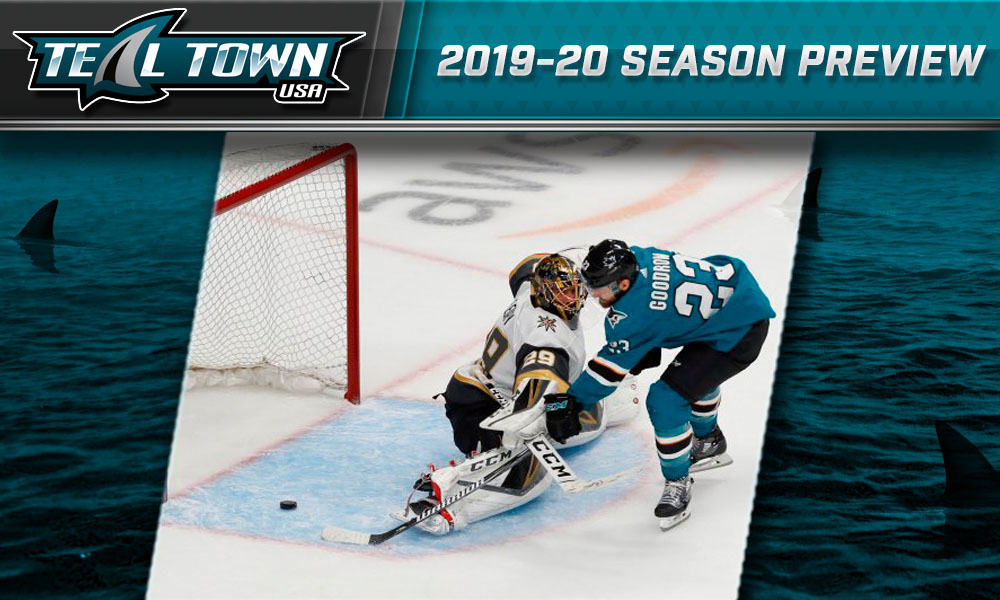 After a two-week hiatus from Teal Town USA, I’m back to writing about hockey again. As I’ve tweeted about before, my mental health was poor this year, and my panic attacks had been more frequent. I had originally attributed this to anxiety, but my anxiety and depression scores were very low. However, my anxiety/panic attack scores were moderate. That being said, I did get the help I needed.

As I’ve always done being a mental health advocate, I want to encourage everyone who struggles to talk to someone and/or seek professional help. It’s okay to not be okay. We don’t have to be ashamed of our mental health, and we should talk more about it. Thankfully, more people are opening up about it.

With another offseason come and gone, hockey season is upon us once again. The San Jose Sharks come off a memorable postseason that saw them mount an incredible Game 7 comeback in Round 1 against the Vegas Golden Knights. However, they would unfortunately fall to the St. Louis Blues in six games of the Western Conference Final.

Team Teal didn’t do much in the offseason. They lost a couple of players, most notably Joe Pavelski who signed with the Dallas Stars. They traded Justin Braun to the Philadelphia Flyers. Gustav Nyquist went to Columbus. Joonas Donskoi signed with Colorado, and Joakim Ryan with the Kings.

With the aforementioned departures, Sharks GM Doug Wilson has opted to look to the Barracuda for replacements. Younger guys are going to be competing for those open jobs. Guys like Alexander True are going to get a look. Dylan Gambrell might be up with the Sharks again. Ivan Chekhovich is another one of those players who could make the opening night roster. Alexander Chmelevski, you name it. All those guys are going to be competing for those open spots. So far, though, there are two names that have stood out a lot: Lean Bergmann and Jonny Brodzinski. The opening night roster should be an interesting one.

Logan Couture was announced as the new captain of the Sharks, their 10th in franchise history. Team Teal has also opted to go with four rotating alternates this year. They are Tomas Hertl, Joe Thornton, Erik Karlsson, and Brent Burns.

Will the Goaltending Bounce Back?

Martin Jones (62 GP, .896 SV%, 2.94 GAA) and Aaron Dell (25 GP, .886 SV%, 3.17 GAA) did not have great seasons last year. In fact, last year was a career-low for the goaltending tandem. If the Sharks are going for the Stanley Cup this year, they need both goalies especially Jones to have a bounce back season.

Last offseason, the Sharks acquired Erik Karlsson on the first day of training camp. Unfortunately, his first season in teal wasn’t exactly a memorable one. After some growing pains, he played his best games in the months of November and December before he went down with a groin injury and unfortunately never recovered from that.

EK65 went through successful offseason surgery to repair his groin area in preparation for the 2019-20 campaign. The Sharks need him healthy throughout the year so that he can get back to his Norris Trophy self. They committed a lot of cap to him, which is a big risk in itself. If Erik Karlsson can stay healthy, the Sharks would have one of, if not, the best defense pairings in the National Hockey League.

With Pavs signing with Dallas in the offseason, the Sharks have a big hole to fill. Aside from Logan Couture leading the way, they’re going to need everyone to pull the same weight. 38 goals is a lot of rubber put into the back of the net. It was just shy of the career-high 41 pucks he buried in 2013-14 season.

The Sharks also need another puck tipper now, and they do have a few candidates in that department. It seems like the Sharks have tried out Timo Meier and Tomas Hertl. Having Meier in front of the net makes sense because remember, Timo was also out in front screening Marc-Andre Fleury for three of the four goals in Game 7 of the Vegas series when Pavelski was injured. However, it is also worth noting that Hertl’s goal that cut the Knights’ lead to 1 was a tipped EK65 shot.

The San Jose Sharks have contended for the playoffs for much of the franchise’s history. They’ve only missed out once in the last 5 years, and that’s not going to stop. San Jose is a playoff contender, for sure. But the real question is, and always has been, can they win the Cup this year? Do they have enough in the tank to win it all? I will say this. If they don’t at least go back to the Western Conference Finals, this will be a lost season. If Erik Karlsson can stay healthy, Playoff Martin Jones makes a return, Aaron Dell has a bounce back year, and everyone’s pulling their own weight, this Sharks team can go deep.

We keep saying this over and over again, but hopefully this will be the year the Sharks hoist Lord Stanley. Team teal was close to going back to the Stanley Cup Final. Think about it. If Logan Couture buried that tying goal, we probably would have been talking about a Game 7 and a possible Stanley Cup Final appearance against the Bruins.

But you never know what’s going to happen in playoff hockey. We could have another round of upsets like we did last year, although that’s not likely to happen again for at least the next few years. We’ll see.

Here’s what we do know, however. Hockey is back. The hockey world is ready. Teal Town USA is ready. Sharks Territory is ready to drop the puck on a new season.