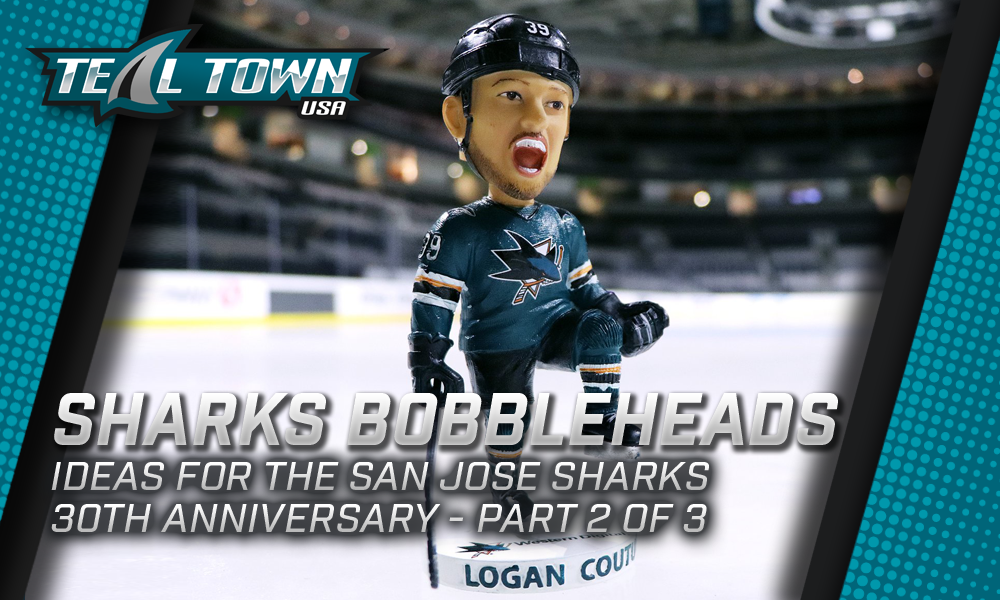 Now that the ice has been removed from SAP Center, enjoy part 2 of this 3 part series.

This time around, I focus on the Sharks bobbleheads that should exist that recognize the team alumni. The Sharks 30th Anniversary would be the perfect opportunity to roll out a series focused on these moments in Sharks history. 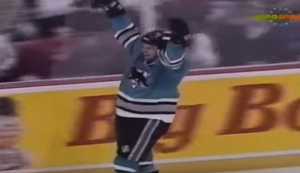 This is the obvious first selection. In 1994, the San Jose Sharks went to the playoffs for the first time in franchise history. You could not walk five feet in San Jose with seeing someone wearing Sharks gear as San Jose was electric with playoff fever.

A Sharks team that barely squeaked in as an 8th seed took down the top seed that many predicted would win the cup. To this day, Jamie Baker‘s goal is largely considered to be the biggest in franchise history.

This season, the Sharks issued a quad bobblehead featuring all Sharks broadcasters, including Jamie Baker. While Baker was recognized with his broadcaster brethren, a bobblehead recognizing this historical moment should exist. 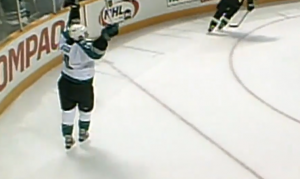 On Fan Appreciation Night in 2001, the Sharks gave every fan through the door a hat with the Sharks 10th Anniversary logo. Mike Ricci would have those fans giving the hats back by the end of the game.

Down 4-3, with only 7 seconds left, Ricci would win the faceoff. Seconds later, Ricci tipped home a shot from Patrick Marleau to tie the game with his 3rd goal of the night. The Sharks would ultimately fall in overtime thanks to Mike Modano, but the memory of a sea of hats should live on.

How great would a Ricci bobblehead look with his arms straight in the air with nothing but hats at his feet? And wouldn’t this be the perfect giveaway for fan appreciation night 20 years later? 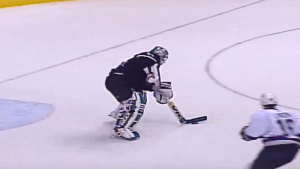 In 2002, the Sharks were in Vancouver against the Canucks. Down by 2 goals, Jarkko Ruutu would get a 5-minute major for elbowing at 15:24 and put San Jose on the power play for the rest of the game.

In desperate need of points in an effort to make the playoffs, the Canucks pulled their goalie for an extra attacker despite being on the penalty kill.

Evgeni Nabokov, wearing 35 at the time, would catch a Naslund dump-in and settle the puck for Brad Stuart. When Stuart didn’t take the puck, Nabby saw a lane and an opportunity.

Sharks fans need a bobblehead or figurine marking the only power play goal scored by a goalie in NHL history. 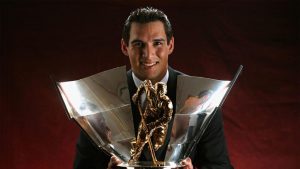 During the 2005-06 season, Jonathan Cheechoo set a Sharks franchise record, scoring 56 goals, including a team-record 24 power-play goals, en route to scoring 93 points and becoming the first Shark to capture the Maurice “Rocket” Richard Trophy. He also finished first in the NHL in game-winning goals with 11.

What may be more impressive is that Cheechoo had only tallied 7 goals through 24 games played before the ground-breaking trade of Joe Thornton to the San Jose Sharks for Brad Stuart, Wayne Primeau, and Marco Sturm. 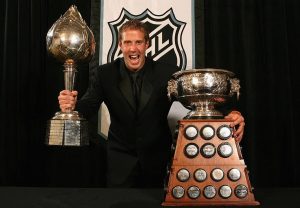 Many fans will also remember the penultimate game of the season for the Sharks. Against the Mighty Ducks of Anaheim, “Cheech” posted a hat trick with 2 helpers to mark a 5 point night. This would make a perfect bobblehead option. Take this idea to the next level and go with a duo bobblehead of Cheechoo with Joe Thornton and his Hart and Ross trophies from the same season. 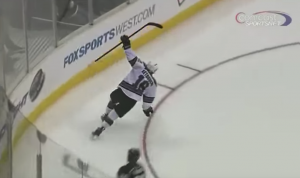 In 2011, the Sharks faced the LA Kings in the first round of the Stanley Cup Final. After winning Game 1, the Sharks were shutout, 4-0, in San Jose in Game 2. After giving up 3 goals in the first period of Game 3 in LA, the game seemed all but over.

A 4th LA goal scored just 44 seconds into the 2nd period had some fans turning off their TVs and heading out for the evening. Those fans missed one of the greatest comebacks in Sharks history. Before the 2nd period was over, San Jose tied the game.

With no scoring in the 3rd, the game went to overtime and with just 3:09 played in the extra frame, Devin Setoguchi ended the game off a perfect feed from Patrick Marleau. This frame of Devin would be a picture-perfect bobblehead.

We’ve seen the Sharks offer up several bobblehead that combine multiple players such as Joe Thornton and Brent Burns. For the 2019-2020 season, they even released a quad-bobblehead featuring Randy Hahn, Jamie Baker, Dan Rusanowsky, and Bret Hedican. During the same season, the San Jose Barracuda released 3 dual bobbleheads that all linked together.

The best part of a potential holiday sweater bobblehead series is the opportunity for another broadcaster bobblehead. Can’t you imagine R-Money at the mic with DJ D-Roozy on the wheels of steel next to him? C’mon, this is gold right here!

I hope you enjoyed part 1 and part 3 of this series.

Is there a Sharks moment you think should be captured in a bobblehead, figurine, or other type of giveaway? Leave it in the comments below.