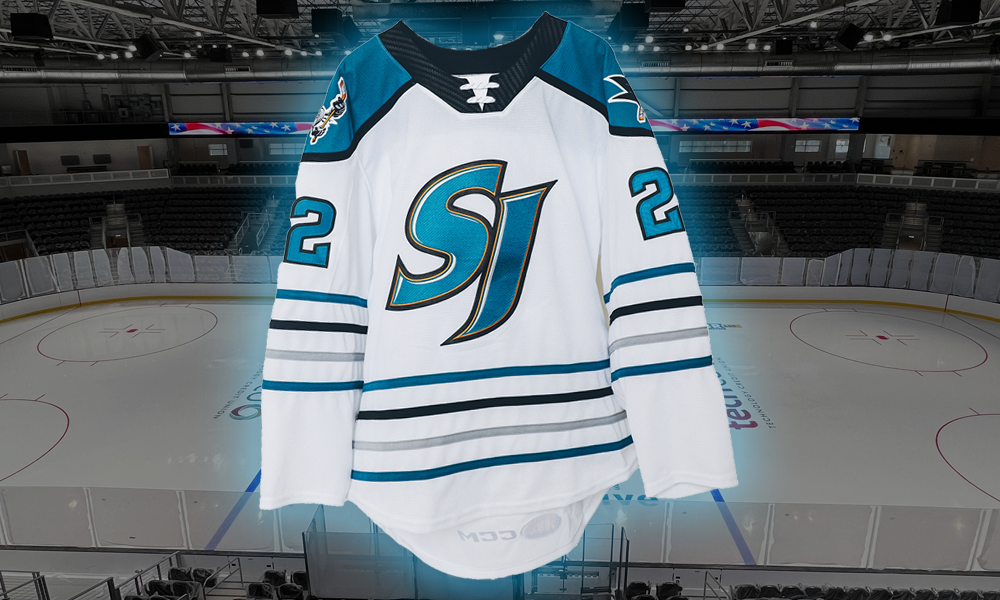 At that time, Eric Grundfast, former Director of Business Operations for the San Jose Barracuda, talked about the full rebrand planned for the San Jose Sharks AHL affiliate. Today, the Barracuda drops their second jersey after teasing it on their social media last month. 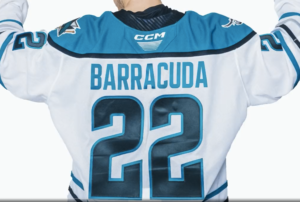 Until now, I wasn’t very interested in getting a Barracuda jersey. The only real difference between a Cuda and Sharks jersey was the logos. However, I do plan on picking one of these beauties up. This new jersey has a look that is far more distinctive than their earlier iterations.

One particular standout for me is the unique font used for the numbers on this jersey. As a jersey geek, the letter font is somewhat bland, in my opinion, but that’s an element that can be easily updated. 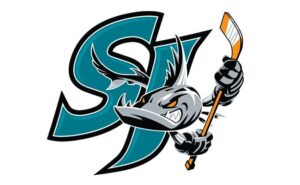 There also appears to be a subtle move away from the previous SJ Barracuda logo. Thus far, a vast majority of the new merchandising and logos we’ve seen feature the SJ and Barracuda as separate entities rather than the previous logo.

You can see these changes as more shots of the new Tech CU Arena are shared on Barracuda social media.

A grand opening of new arena is planned for the end of this month. Season ticket holders and fans will finally get to see the new venue in person for the first time.

Save The Best For Last

There is no definitive announcement date released by the ‘Cuda so far, but the third jersey is likely to be released by the end of the month. However, the Barracuda could wait until just before the Rookie Faceoff event, September 16-19. Either way, when you’re releasing 3 different versions of a product, the rule of thumb is to save the best for last. Will the final jersey top this? We all have to wait and see.