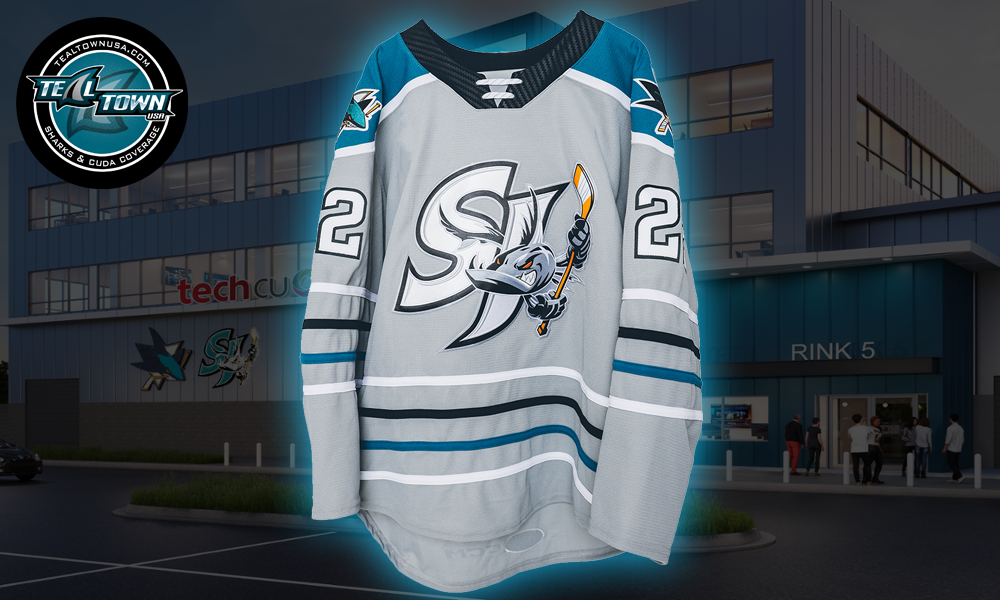 Today, the San Jose Barracuda revealed their 3rd and final new jersey for the upcoming 2022-2023 season at their new home, TechCU Arena. This completes the jersey aspect of a full rebrand we covered in April in an exclusive interview. 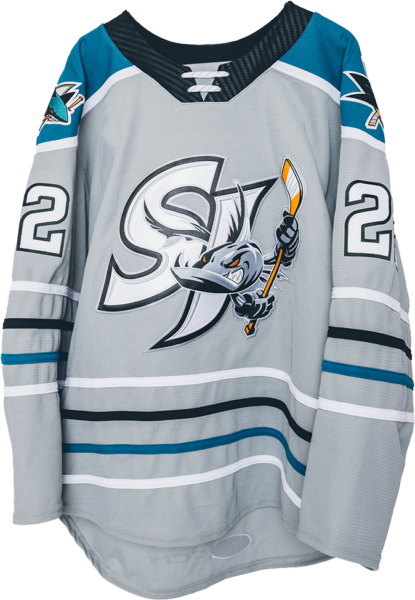 This new “steel” Barracuda jersey is easily my favorite of the 3 new jerseys released. The grey base makes it stand out from earlier Cuda jerseys. However, it’s the logo on the front which sets it apart for me. Yes, it’s a gray version of their “ice” jersey, but the SJ with the Barracuda holding the stick and the Sharks logo on both shoulders, this is the winner for me.

Earlier this month, the Barracuda released the 2nd of their 3 new jerseys. The white jersey, referenced as “ice”, features only an “SJ” crest on the front, agressive number fonts, 4 stripes on the arms and waist. I thought that one would be tough to surpass, but the steel version does.

Last April, the Barracuda released the first new jersey of their rebrand, known as “blackout”. The black jersey with a CUDA word mark on the front will debut during their home opener on October 22nd. While the jersey bears resemblance to the San Jose Sharks’ stealth jersey, subtle differences include single arm bands, a waist stripe, and teal-outlined shoulder yokes. The blackout jersey is also the only of the 3 to not include a Barracuda logo.

You can order any of the new jerseys now at sharksproshop.com.

The Barracuda also released their promotions calendar for the ’22-’23 campaign.

You: "So how many promo nights are you going to have this year?"

Our full promo night schedule is here! Check it out now.