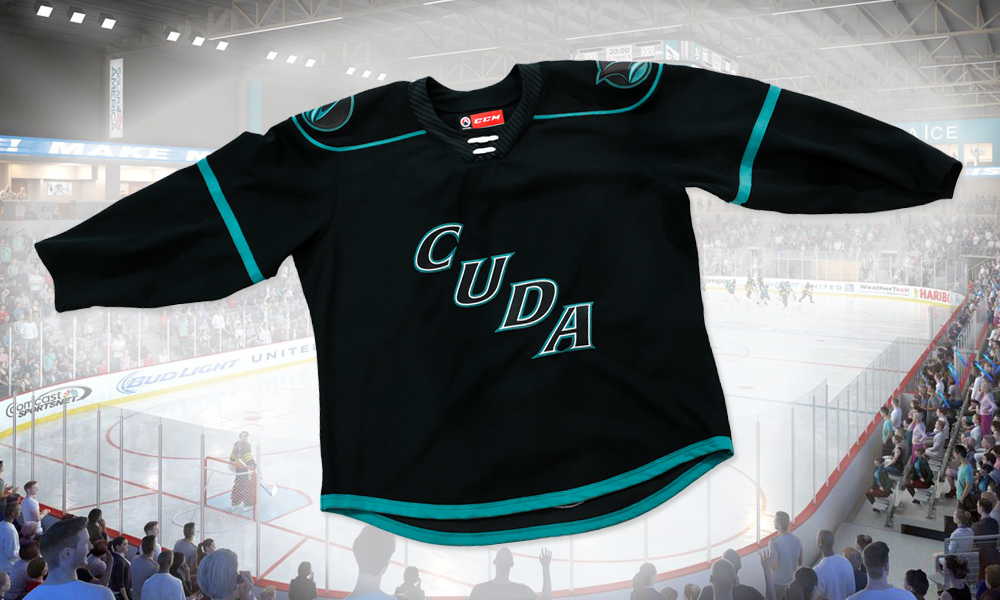 Last month, when we spoke with Eric Grundfast, Director of Business Operations for the San Jose Barracuda. During that conversation, he told us to expect a new jersey set. Today, the Barracuda have dropped the first of their three new jerseys. What was initially referred to as their “away” jersey for the 2022-2023 season is actually their ‘Blackout Series’. Unlike the NHL, teams flip home/away jersey styles on or around January 1st so there isn’t a traditional “home” and “away” jersey in the AHL.

Along with this new ‘Blackout Series’ jersey, a blackout on opening night at their new Tech CU Arena is in the works. As you can see from the photo, the new jersey has some similar styling as the Sharks stealth jersey, including the stealth version of the circle fin logo on the shoulder.

“Our blackout series jersey is the first of three sweaters we plan on rolling out this offseason and another step in the organization’s refresh moving into Tech CU Arena next year,” said Eric Grundfast, Director of Business Operations. “The Barracuda have never had a black jersey in its regular rotation, nor have they worn a jersey with a script logo on the chest. We know the players are excited and we think fans will be too.”

Fans will have to wait until the summer before seeing what the next 2 jerseys are for the new Barracuda refresh.

Our new “BLACKOUT” jersey is finally here. The first peak into the future of the Barracuda starts now.